It Takes GUTZ To Be A Gutierrez only on E!

Let me tell you a secret.. I follow and watch Keeping Up with the Kardashians on E! haha! I'm curious kasi of their lifestyles, what's going on in their lives, living the luxury life, etc. And it's on free tv, so why not watch it, right? It's like an escape from your world and peeking on how other people live their life. Somtimes, we want real drama, real comedy, that's why we are easily hooked on reality shows. And it's one of my fave reality shows on E! And now, Asia will have our own reality show! Exciting! And it's none other than the Gutierrez Family!

Last Monday, I was invited to the Red Carpet premiere of It Takes Gutz to be a Gutierrez! It was held at Century Mall Plaza, Makati City. A lot of media people, celebrities were all excited to watch the show! 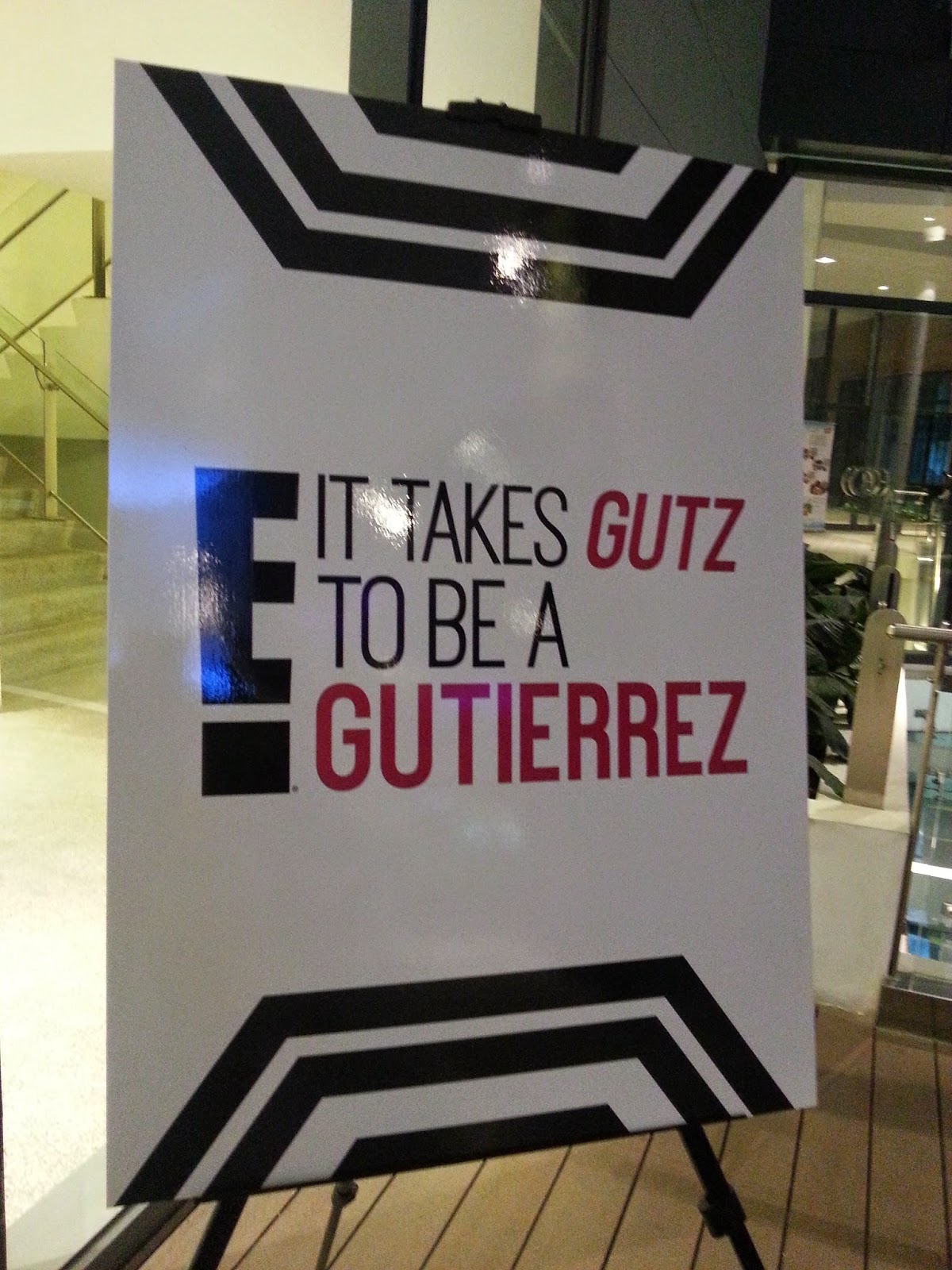 One of the year’s most highly anticipated reality series is set to make its mark on Asian airwaves as E! presents its first-ever Asian original, It Takes GUTZ To Be A Gutierrez. Featuring the Philippines’ most sensational showbiz family, this sizzling six-episode series premieres on Sunday, June 1 at 9pm, exclusively on pop culture powerhouse, E! (Sky Cable and Destiny Channel 57, Cignal Channel 25 and Cablelink Channel 33)

“As the home of the most topical pop culture buzz on celebrities, daily entertainment news and live red carpet coverage, E! is the perfect fit for a no-holds-barred series on the Gutierrez Family,” commented Christine Fellowes, Managing Director, Asia Pacific, Universal Networks International. “We are delighted that they are opening up their lives and that we are able to bring this locally relevant content to our E! audience in the Philippines 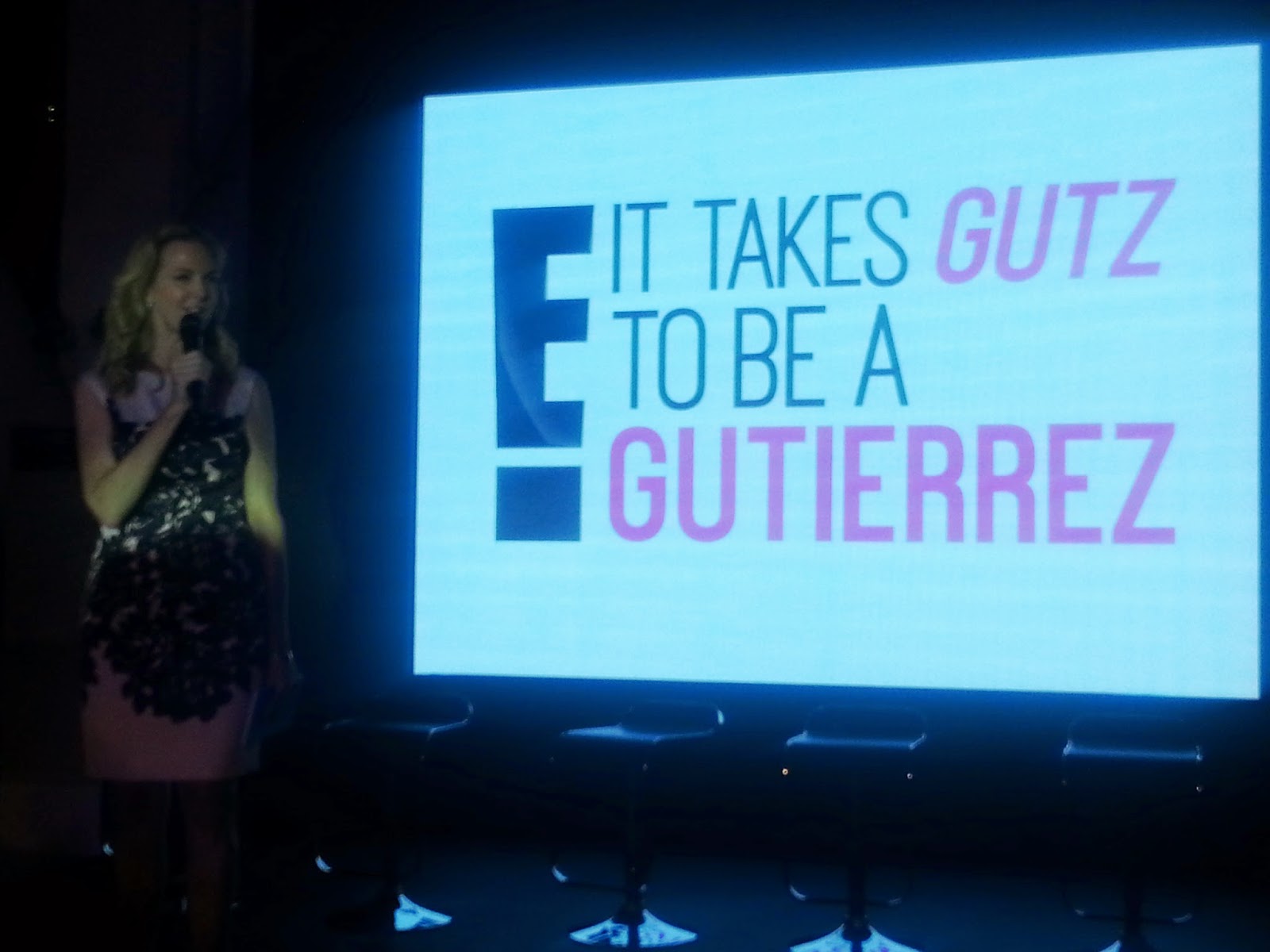 The Gutierrez family may be synonymous with showbiz but it’s not all glitz and glamor for them. Viewers across Asia will get an unfiltered access into the dramatic lives of this one-of-a-kind Filipino family as Ruffa, Richard, Raymond and their parents Eddie and Annabelle live up to their name and show that it really takes GUTZ to be a member of their clan. Whether at home or on a cruise, each family member cannot escape the crazy controversies that surround them as they deal with issues of insecurity, failed attempts on marriage and politics, as well as rumors of pregnancy out of wedlock. 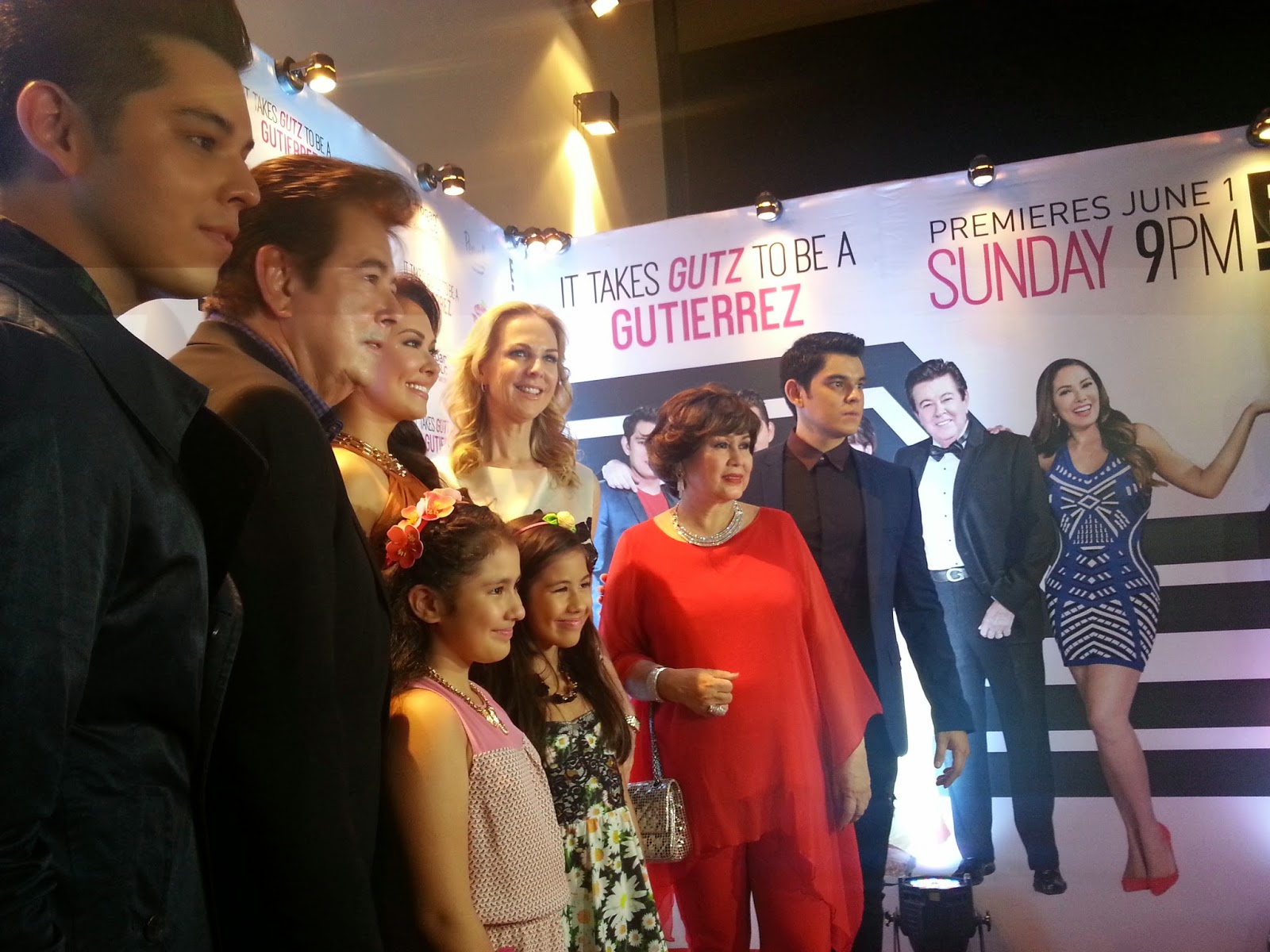 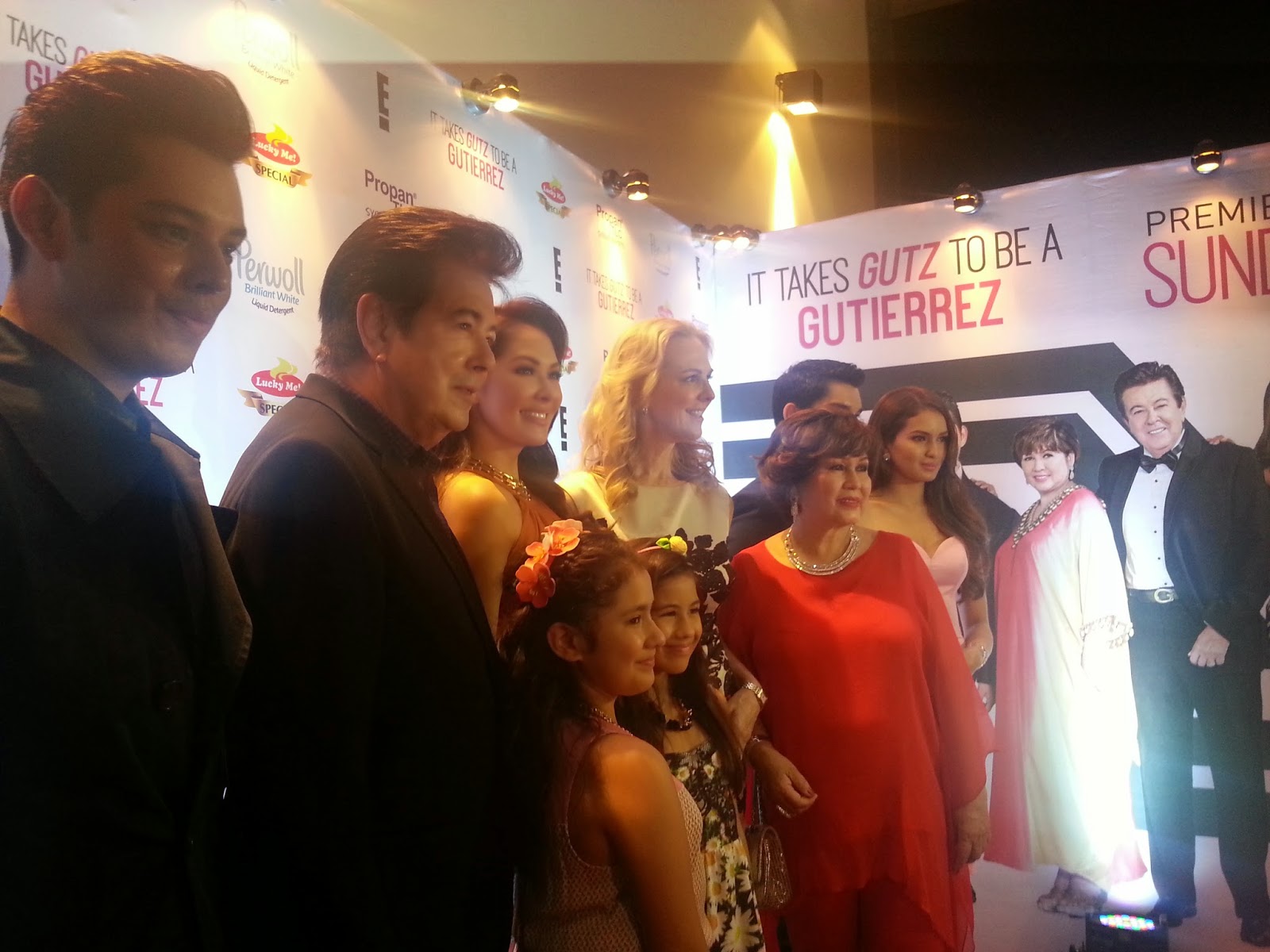 Will a supposedly gossip-free family vacation put rumors to rest? Will the family be forced to deal with issues they feel towards one another? How will the hardworking and protective Annabelle keep her family together amidst all the tension-filled family fights? Catch all these sensational emotions and jaw-dropping moments on the first season of It Takes GUTZ To Be A Gutierrez.

Being the global destination for ‘Pop of Culture’ and the renowned leader in entertainment news, the series marks E!’s first foray into original Asian reality programming and continued commitment to shine the spotlight on local Asian personalities and celebrities. 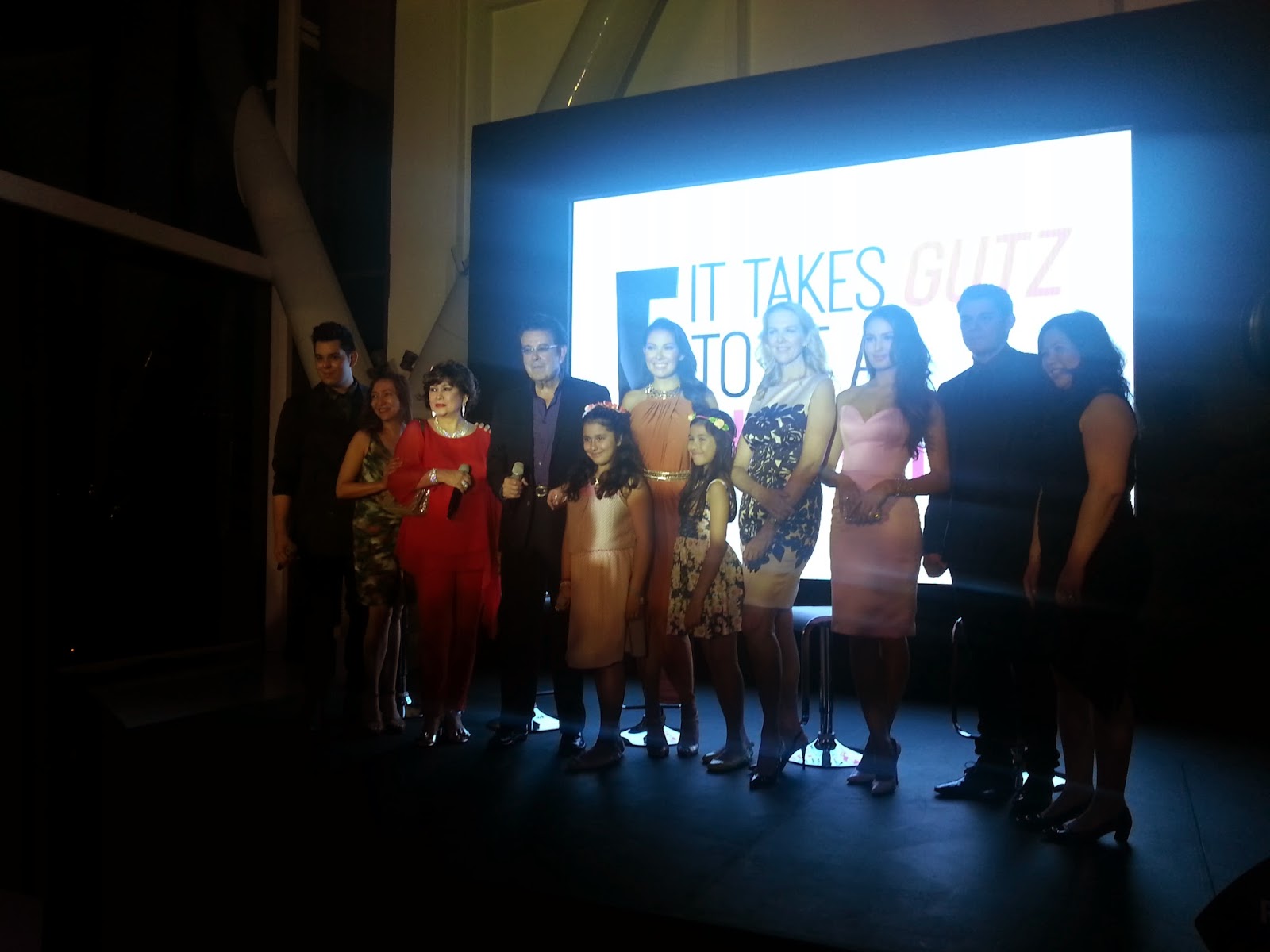 Eddie Gutierrez is a veteran actor with a career spanning more than 50 years and 100 movies. He was one of the top matinee idols in the ‘60s and ‘70s, being the leading man of the biggest Filipino blockbusters like Susan Roces, Amalia Fuentes and Pilita Corrales. He loves to sing and is often imitating his idol, Elvis Presley.

From where she is right now, one could hardly believe that Annabelle Rama-Gutierrez was born and raised in Cebu City and remains to be humble. Coming from a family that is no stranger to the Philippine political arena, Annabelle considers herself to be 100 % Cebuano.

Eddie is married to Annabelle Rama, a former actress who runs a talent management company. She grew up in a political family from Cebu and knows what she wants - from the first time she met Eddie she was star struck, fell in love and pursued him until he committed to her.

Married for more than 35 years, Eddie and Annabelle have been through it all and continue to be partners, best friends and each other’s greatest supporters. Eddie and Annabelle have six children: showbiz darlings Ruffa, Richard and Raymond, as well as Elvis, Rocky and Ritchie Paul. Eddie also has two sons from previous relationships: actors Tonton Gutierrez and Ramon Christopher.

Through the good times and bad, Eddie and Annabelle enjoy a life filled with love, warmth and happiness. They cherish their time together with the whole family and being grandparents to Ruffa’s daughters, Lorin and Venice.

EDDIE GUTIERREZ. The Legend and ANNABELLE RAMA, The Boss 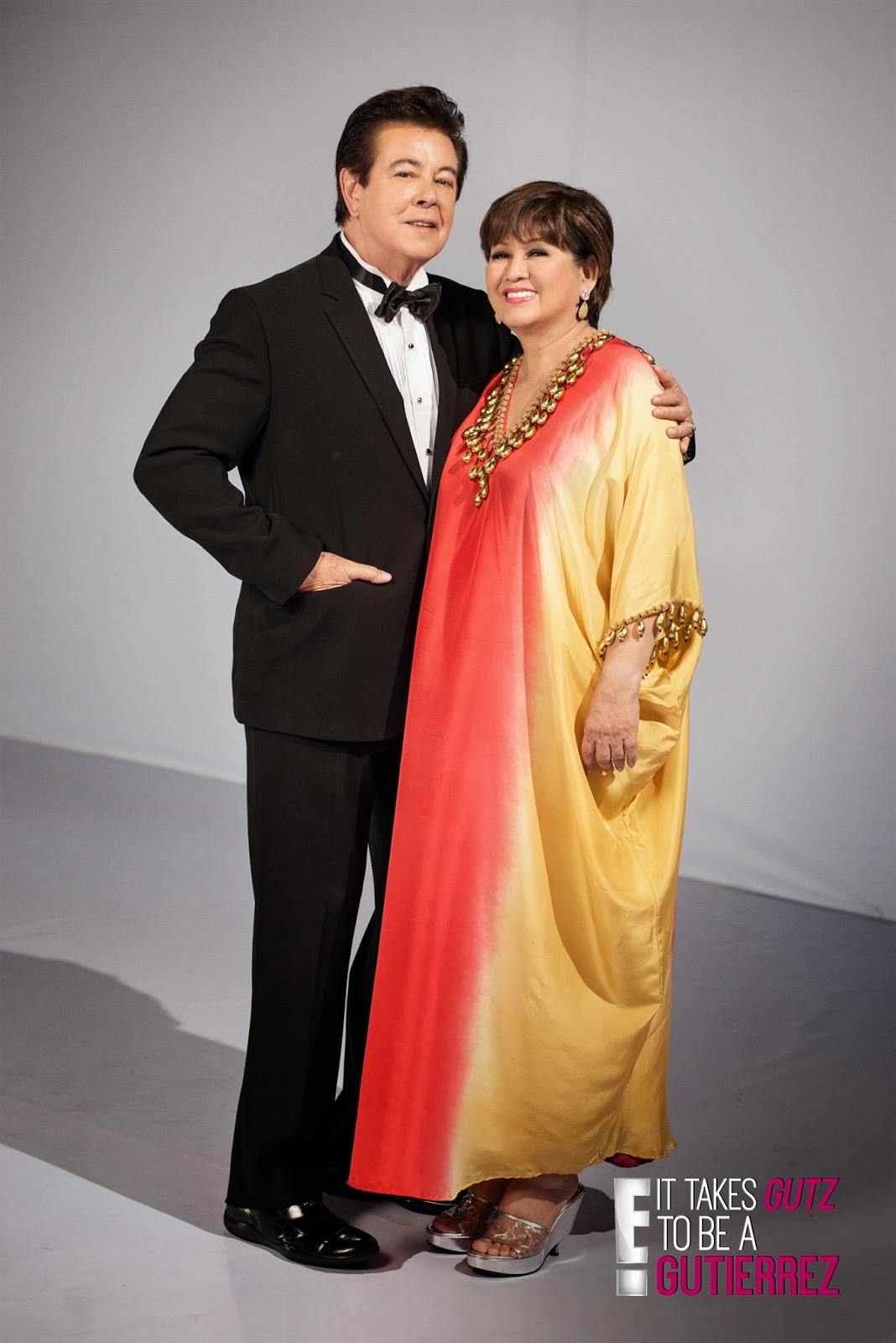 Raymond is a TV host, editor, columnist, endorser and actor in the Philippines. Best known for hosting Pinoy Idol in 2008, which earned him the praise of US TV personality, and E!’s Live From The Red Carpet host Ryan Seacrest, Raymond is currently one of the hosts of entertainment newsmagazine Showbiz Police.

In October 2011, Raymond became the style director for Esquire Magazine Philippines, representing the men’s lifestyle publication at the 2012 Men's Fashion Week in London. He is also an ambassador for brands in fast-moving consumer goods (Magnum Ice Cream), haircare (TRESemmé) and beauty (Sexy Solution by Belo). In July 2012, he became an endorser for casual apparel retailer, Bench/Fix Salon. 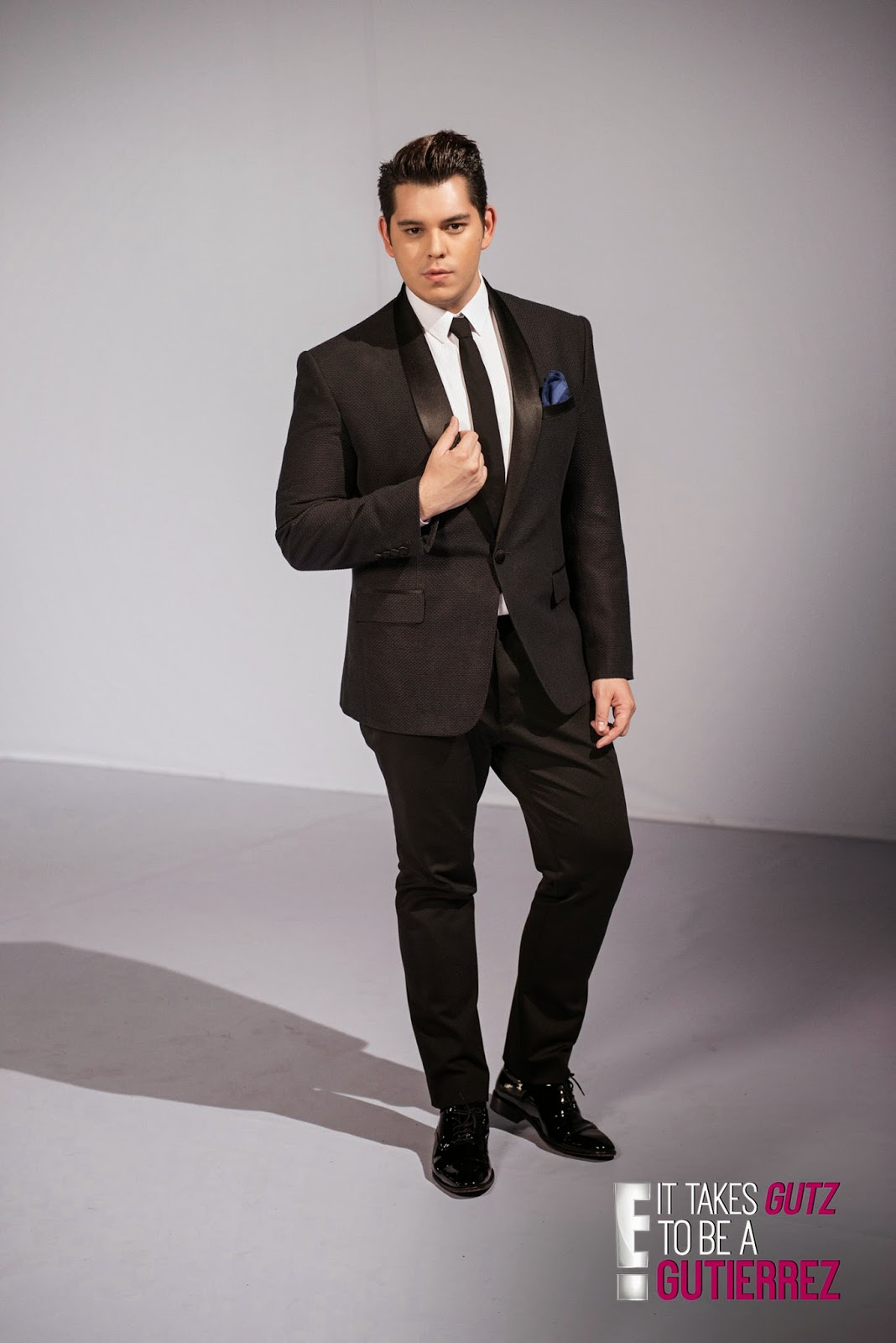 Richard is an actor and producer, known for reality series Survivor Philippines (2008), musical variety show SOP Gigsters (2004) and fantasy TV drama Mulawin (2004-2005), which led to a feature-length film of the same name, Mulawin: The Movie (2005). Richard is an adventure-seeker by nature, enjoying the thrill of exploring the outdoors and riding his treasured motorbike. He is currently dating actress Sarah Lahbati. 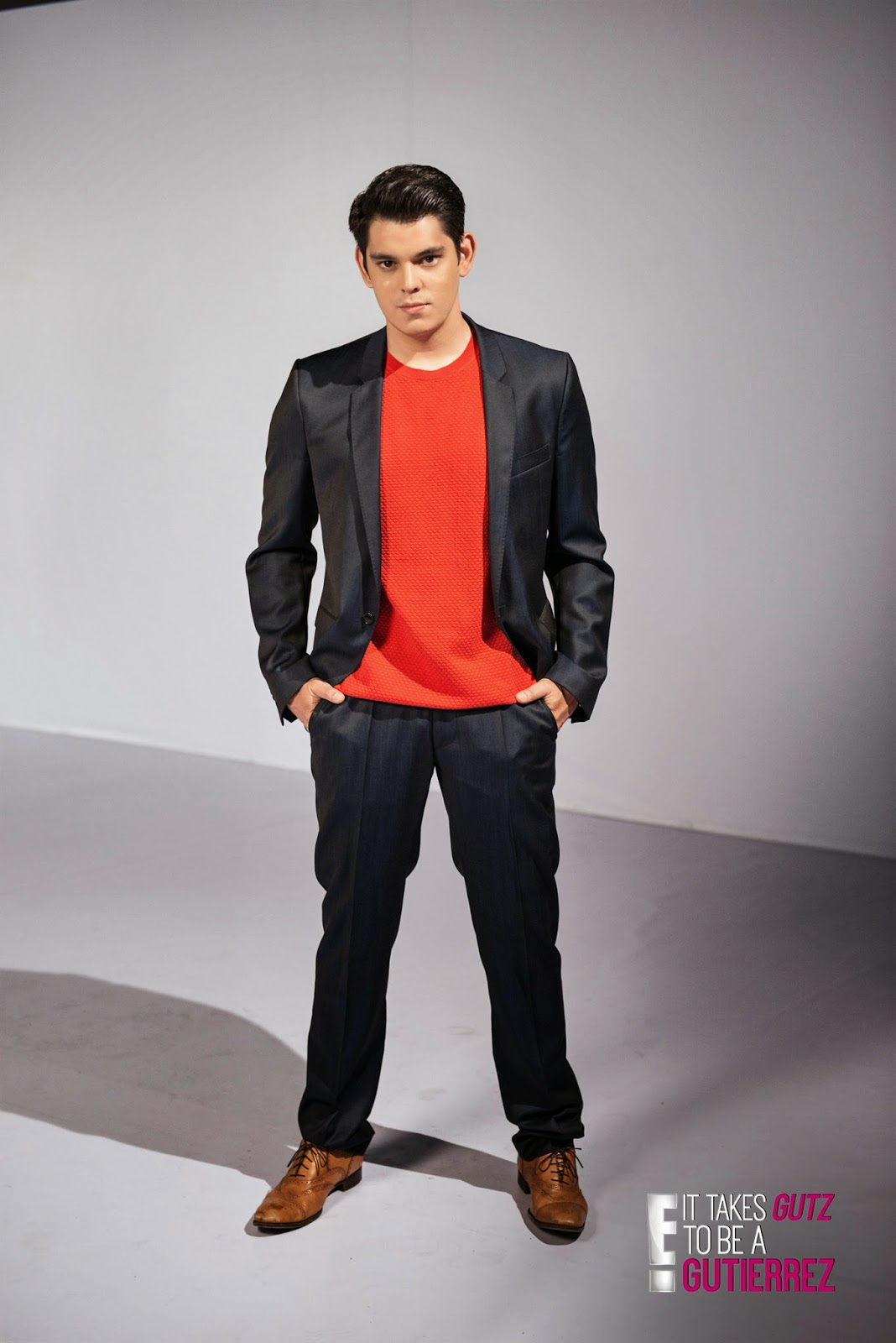 Sharmaine Ruffa Gutierrez, more popularly known as Ruffa Gutierrez, is a premier Filipino actress, model, television personality, beauty queen, commercial endorser and charity fundraiser. With a colorful career that spans over 20 years of being in the local and international entertainment industry, Ruffa’s showbiz experience covers five continents across multiple media platforms such as TV, movies, print and online. Truly a Filipino media and entertainment icon, she has starred in more than 50 film and television productions in a variety of roles.

She was married to Turkish businessman Yilmaz Bektas from 2003 to 2007, and they had their daughters Lorin and Venice. In 2009, she joined international beauty brand Avon as their ambassador for the “Speak Out Against Domestic Violence” campaign, championing the cause to empower women in the fight against domestic abuse.

To date, Ruffa remains to be one of the most in demand celebrities in the Philippines and one of its most celebrated faces. Ruffa continues to shine in every field that she finds herself in and continues to grow after every experience that she is faced with in her professional and personal life. 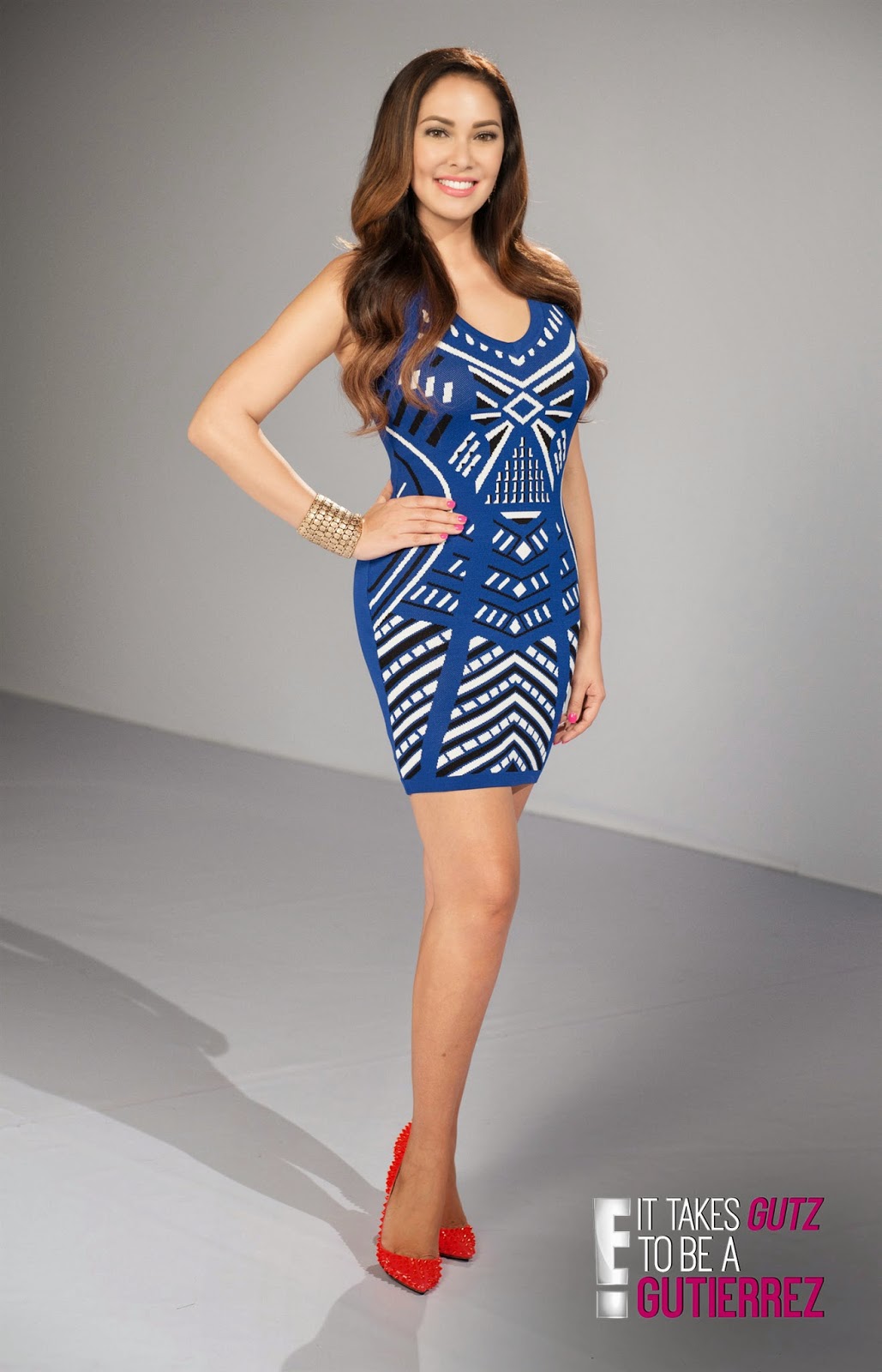 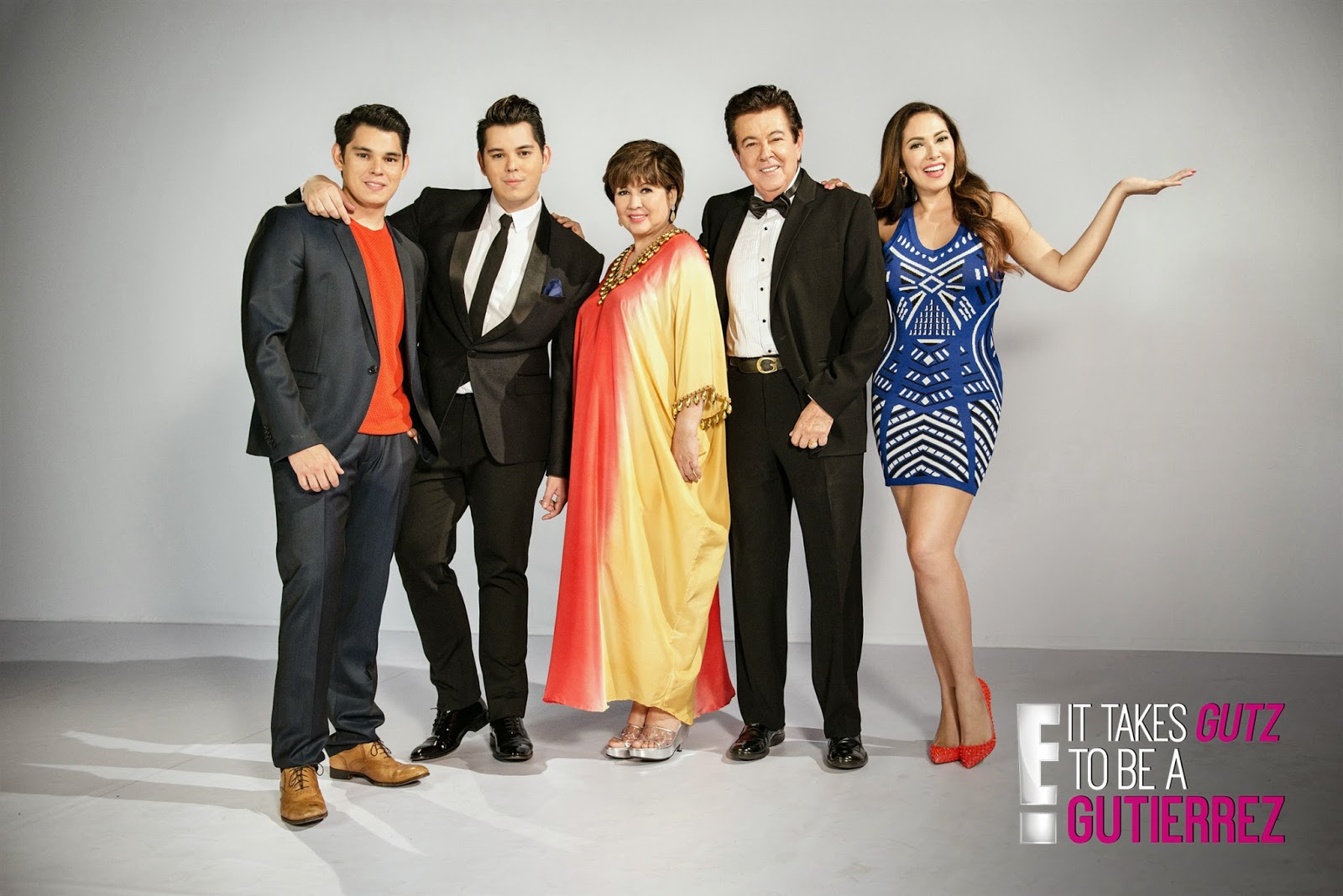 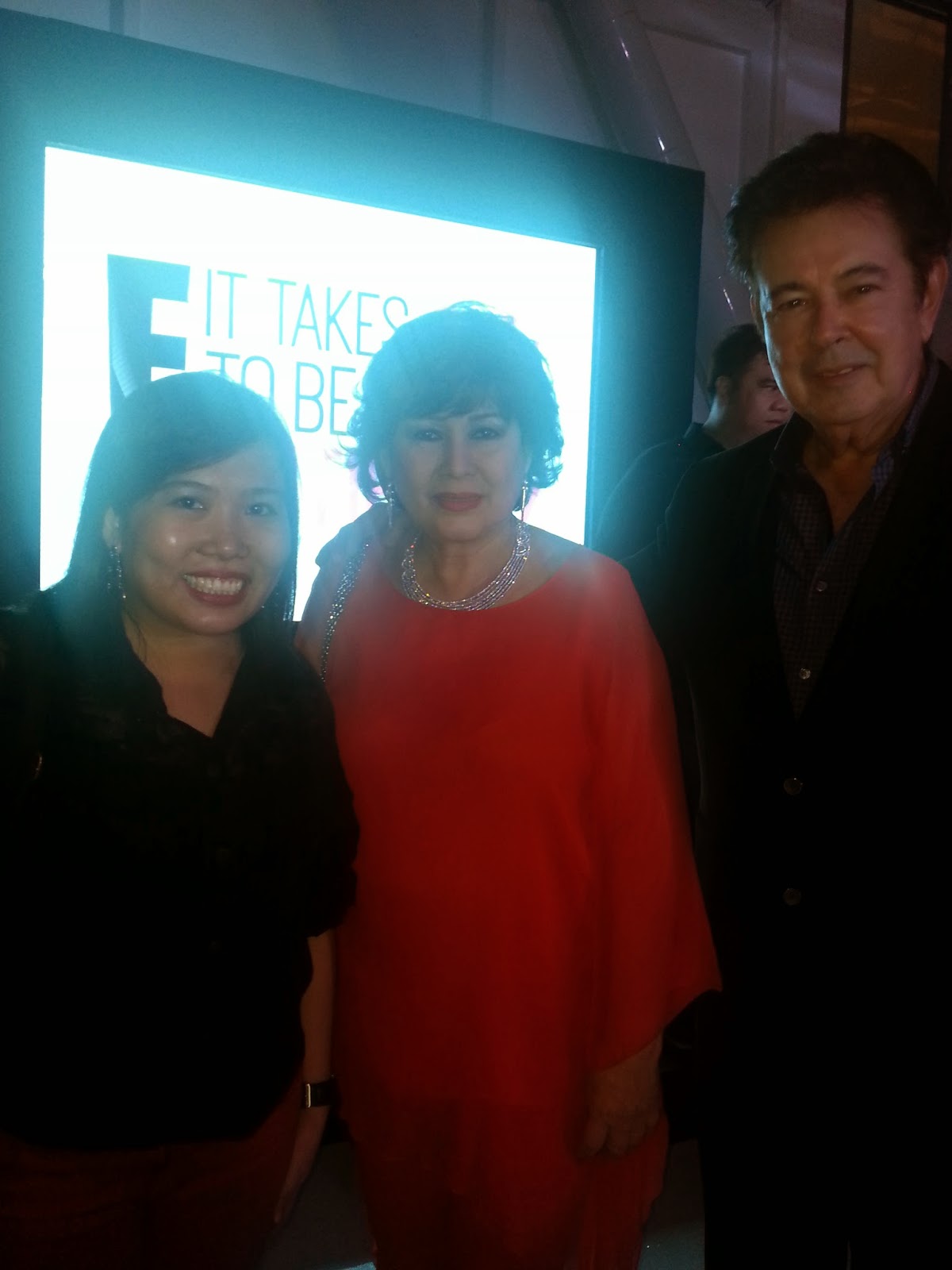 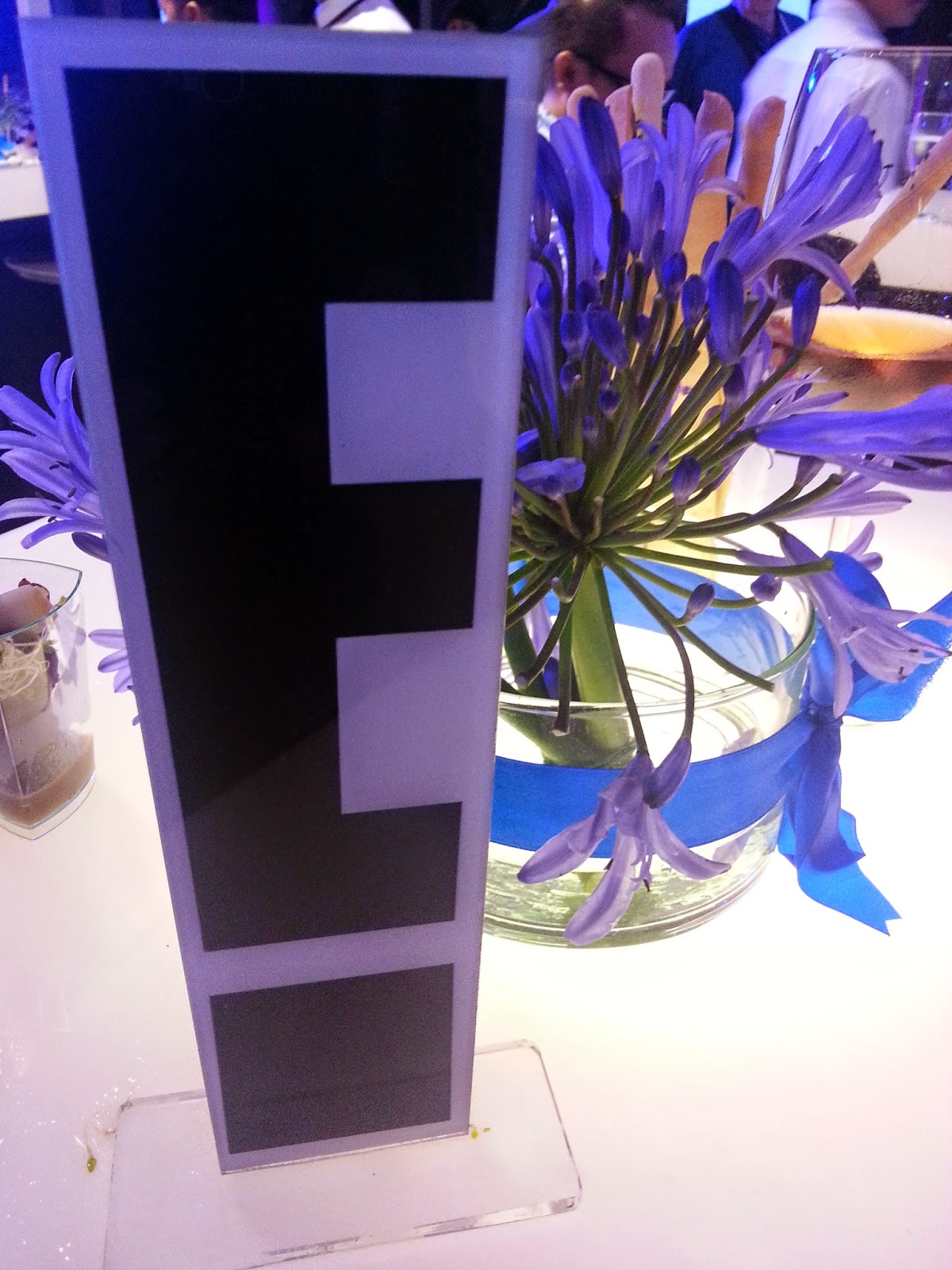 Save the date and time! It takes GUTZ to be a Gutierrez premieres June 1, Sunday at 9 pm on E! (Sky Cable Channel 57 and Cablelink Channel 33).

can I watch this online?

can someone post a link here were can we watch this online?

its really hard to watch it online.. there is no accesss for me so far

i'm not sure if they're available online. You can still catch them on E! they're replaying it on weekdays! :)

i'm not sure if they're available online. I have yet to find the right link. You can still catch them on E! they're replaying it on weekdays! :)

I'm curious what this show is going to be like, Idk any channel in the us that plays this. any suggestions?

how i wish i could find a link on line. since i'm currently living in the states. :(

I'm trying to find this online as well, no luck!

I live in California. Does anyone know where I can watch this online? They keep replaying those stupid Kardashians on the E Channel here. I'd rather watch my own people living the life! My parents don't subscribe to the Filipino channels :(