The newly opened Commercenter Cinemas is one of the few select theaters in the Philippines to exhibit “Boyhood,” a highly anticipated coming-of-age film written and directed by Richard Linklater (Before Sunrise, Before Sunset, Before Midnight) which documents the growth of a young boy and his older sister to adulthood over a 12-year period.

Catch this critically-acclaimed film and enjoy a first-class movie experience at Commercenter Cinemas that guarantee intimate, comfortable viewing with its plush seats and wide leg rooms that will put viewers at ease throughout the movie screening.
Touted as the “most radically inventive movie experience of the year,” “Boyhood” was intermittently and painstakingly shot from May 2002 to October 2013 stars Ethan Hawke, Patricia Arquette, Ellar Coltrane and Lorelei Linklater. Critics lauded it as a groundbreaking film, heaping praises for its direction, acting and scope. 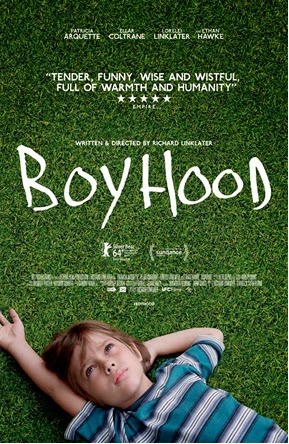 Following the release of “Boyhood” are exciting Filipino movies such as Bonifacio, English Only Please, Feng Shui 2 and My Big Bossing and other entries to the upcoming Metro Manila Film Festival (MMFF).