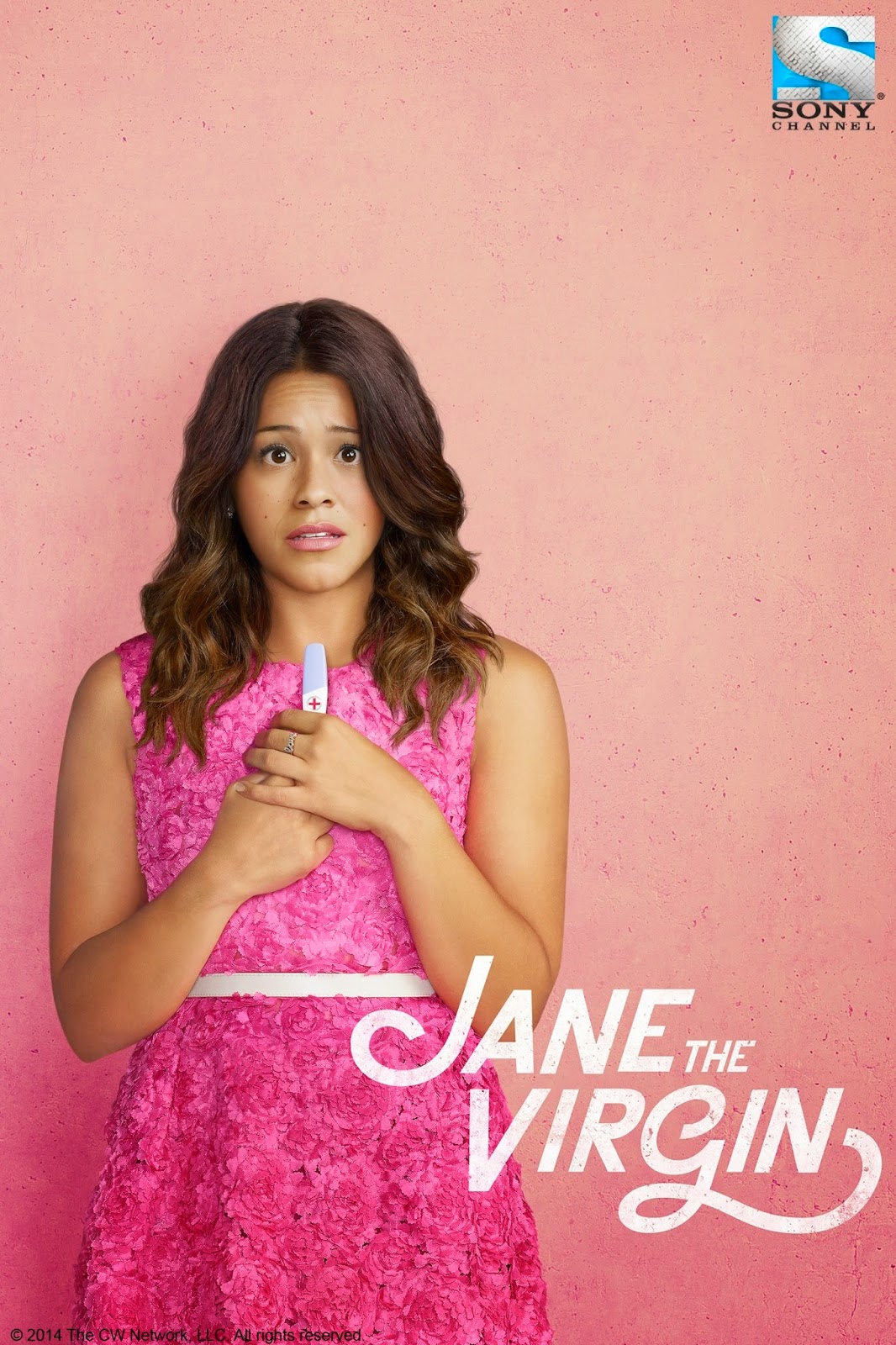 When Jane Villanueva was a young girl, her grandmother, Alba, convinced her of two things: telenovelas are the highest form of entertainment, and women must protect their virginity at all costs. Now age 23, Jane is a driven young woman studying to become a teacher, nursing a dream to be a writer, and supporting herself with a job at a hot new Miami hotel. 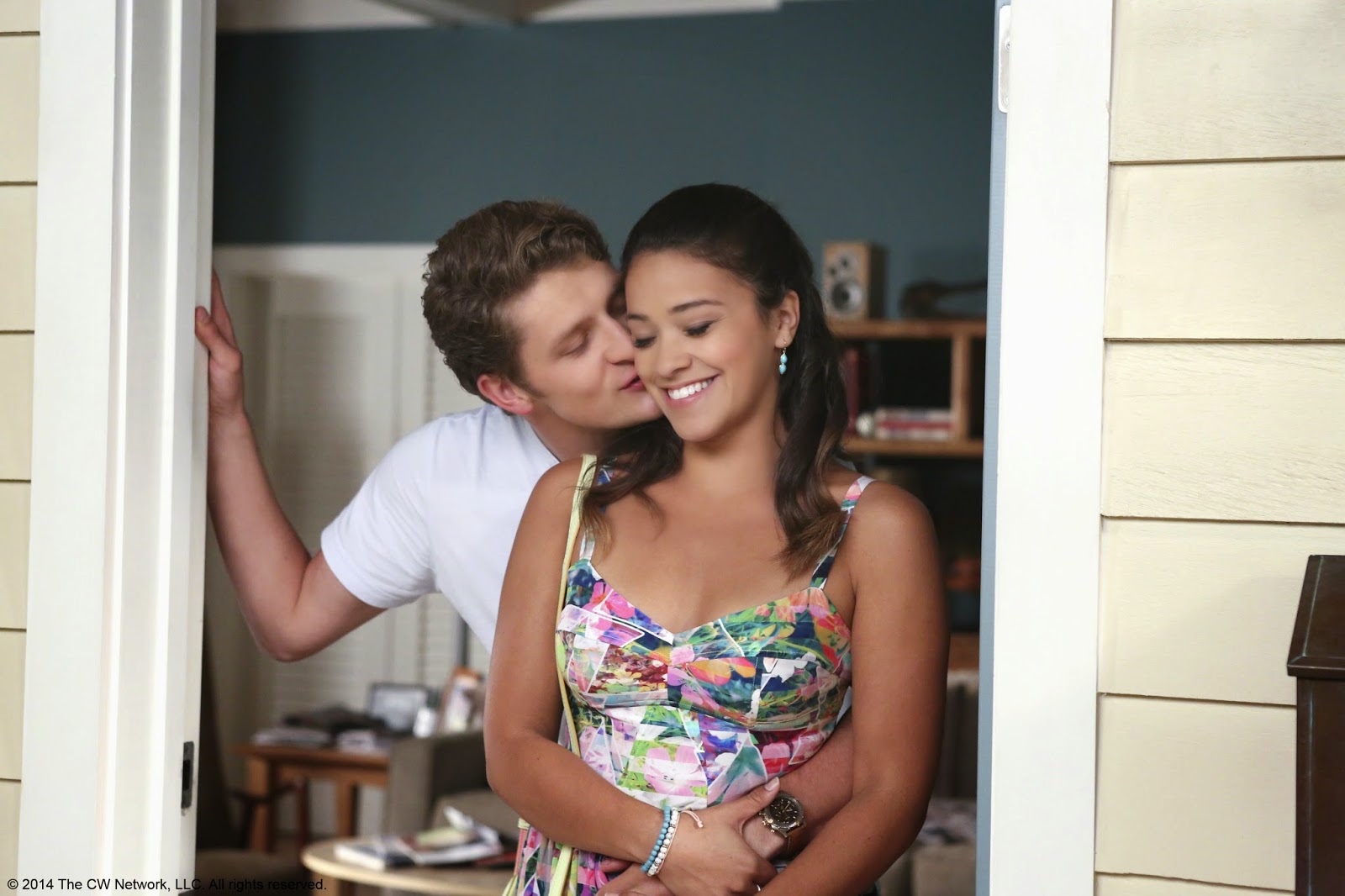 All the years of watching telenovelas with the two women who raised her  her sexy, young-at-heart mother, Xiomara (known as Xo), and her still-devout grandmother, Alba  have given Jane a slightly unrealistic view of romance. Although she is determined not to make the same mistake Xo made  becoming an unwed mother at 16  Jane could not be closer to the two wonderful women who have shaped her life. They are very different people  Xo lives her life as a perpetual teenager, performing at local clubs and always looking for a new man, while Alba makes religion and prayer the focus of her life  but both women consider Jane the center of their universe and love the grounded, compassionate and ambitious young woman she has become.   Despite the conflicting influences of her mother and grandmother, Jane has managed to find a wonderful fiancé: a handsome, hard-working detective named Michael, who loves her enough to accept her detailed timeline for their future together and even her insistence on saving herself until theyre married. 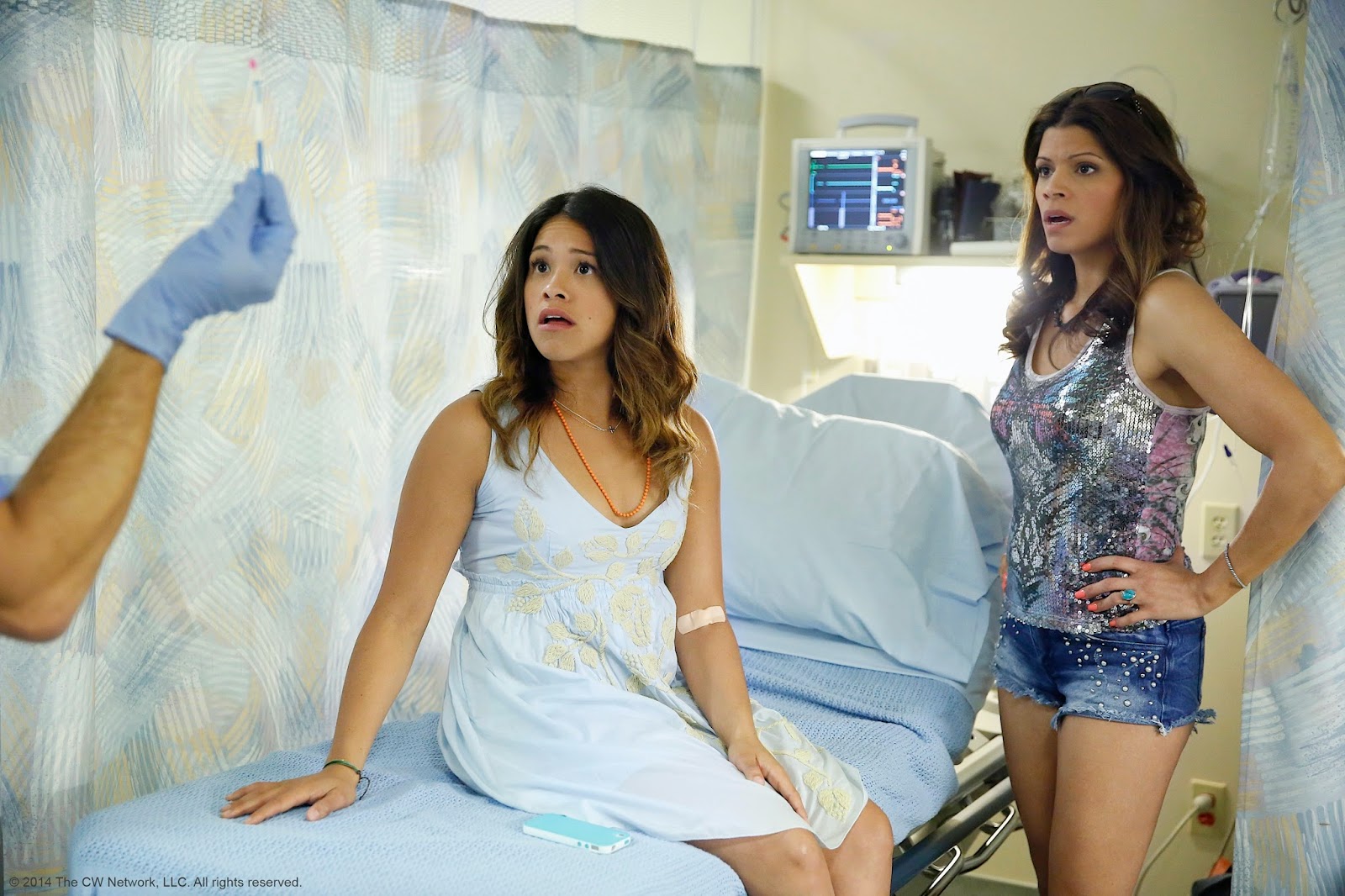 All of Janes meticulous life plans are turned upside down, however, when she sees her doctor for a routine check-up and is accidentally artificially inseminated with a specimen meant for the patient in the next room. Unbeknownst to her, the specimen belongs to Rafael, a reformed playboy and cancer survivor, who is not only the new owner of the hotel where Jane works but also a former summer crush of hers.   A few weeks later, the unsuspecting Jane is faced with the most important decisions of her life. Will she continue with the pregnancy? How can she explain the situation to her fiancé and family? And what should she do about the wishes of the biological father, Rafael, and his scheming wife Petra? At the same time, Janes mother Xo is facing a life-changing decision of her own: after years of letting Jane and Alba believe she didnt know the identity of Janes father, the time has come to admit the truth  Janes father is Xos former boyfriend Rogelio. Making the situation even more surreal, Rogelio is now a huge telenovela star, and he definitely wants to meet his unsuspecting daughter.   Though she has always tried to be the responsible good girl who does the right thing, Janes normally quiet life has suddenly become as dramatic, complicated and unpredictable as the telenovelas she has always loved.

In the new comedy series Jane The Virgin, Gina Rodriguez stars as Jane Villanueva, whose meticulous life plans are suddenly turned upside down when she is accidentally artificially inseminated.

Named the Next Big Thing and one of the Top 35 Latinos Under 35 by The Hollywood Reporter, Gina Rodriguezs profile has been rising steadily since her breakout performance as the titular character in Filly Brown which premiered at the Sundance Film Festival in 2012 and brought Rodriguez an Imagen award winner for Best Actress in a Feature Film.

Growing up in Chicago, Rodriguez started performing at age 7 with the salsa dance company Fantasia Juvenil. She went on to work with other companies including Los Soneros Del Swing, performing at several Salsa Congresses in Chicago, California, New York and Puerto Rico. At 16, Gina was one of thirteen teens to be accepted into Columbia University NY- Theatrical Collaboration taught by Richard Niles, where she wrote, directed and performed original works.

She fell in love with New York and was accepted into the Tisch School of the Arts at NYU. Rodriguez had four years of intense theatre training at both the Atlantic Theatre Company and Experimental Theatre Wing, working with David Mamet, William H. Macy and Rosemary Quinn. Directly after graduation, she booked her first lead role in the feature film Tiny Dancer. Next, she originated the role of Frida Kahlo in the world premiere of Casa Blue: The Last Moments in the Life of Frida Kahlo, at the American Stage Theatre. She continued to work in NY with multiple theatres and her work in film and TV steadily grew, including series Jonny Zero, Army Wives, and Law & Order, in addition to several shorts and indie films. One short film, Osvaldos, earned Rodriguez a Best Actor award at the First Run Film Festival in NY.

After the years of success in NY, Rodriguez booked a lead role in a feature film Go For It in which she received a 2011 Imagen Awards nomination. After this, Rodriguez booked her first co-star role on CBS Eleventh Hour. She went on to book series regular roles on web series Eden's Court and No Names; her first studio film Our Family Wedding with America Ferrera; and a lead in the film Superchicas. Since then she has also guest starred on the The Mentalist, Happy Endings and Ten Things I Hate About You.

Next came one of Rodriguezs most exciting roles to date, Filly Brown. Originally, this role had been written as a spoken word artist, an area in which Rodriguez had experience, but upon meeting Rodriguez, the producers changed the part to a rapper. After an outstanding audition,
in which Gina provided an impromptu rap performance, she secured the role. She collaborated with music producers, E Dub and Khoolaid from Silent Giant, to come up with original songs for the film. Rodriguez went on to star in the dark indie comedy Sleeping with Fishes, written and directed by Nicole Gomez Fisher. The film focuses on Alexis Rodriguez Fish, who returns home to her family after the death of her cheating husband.

Rodriguez starred in the Cima Productions film Marching Banda, playing a single mother of a boy whose estranged father comes back into their lives and begins teaching him traditional regional Mexican music and incorporating it into the schools marching band repertoire. She also starred in a supporting role in Snap, a reunion with her Filly Brown director Youssef Delara, which had its world premiere at SXSW this past year. She also completed production on another indie film, California Winter, with Rutina Wesley.

Rodriguez is a supporter of Inspira, an organization that works to spotlight Latino leaders who shape their communities. She also works with the National Hispanic Foundation for the Arts and the Boyle Heights Learning Collaborative.

She lives in Los Angeles, California.

Jane the Virgin airs every Sunday, October 19 at 9:05 pm, in the same week as the US telecast, first & exclusively on Sony Channel. 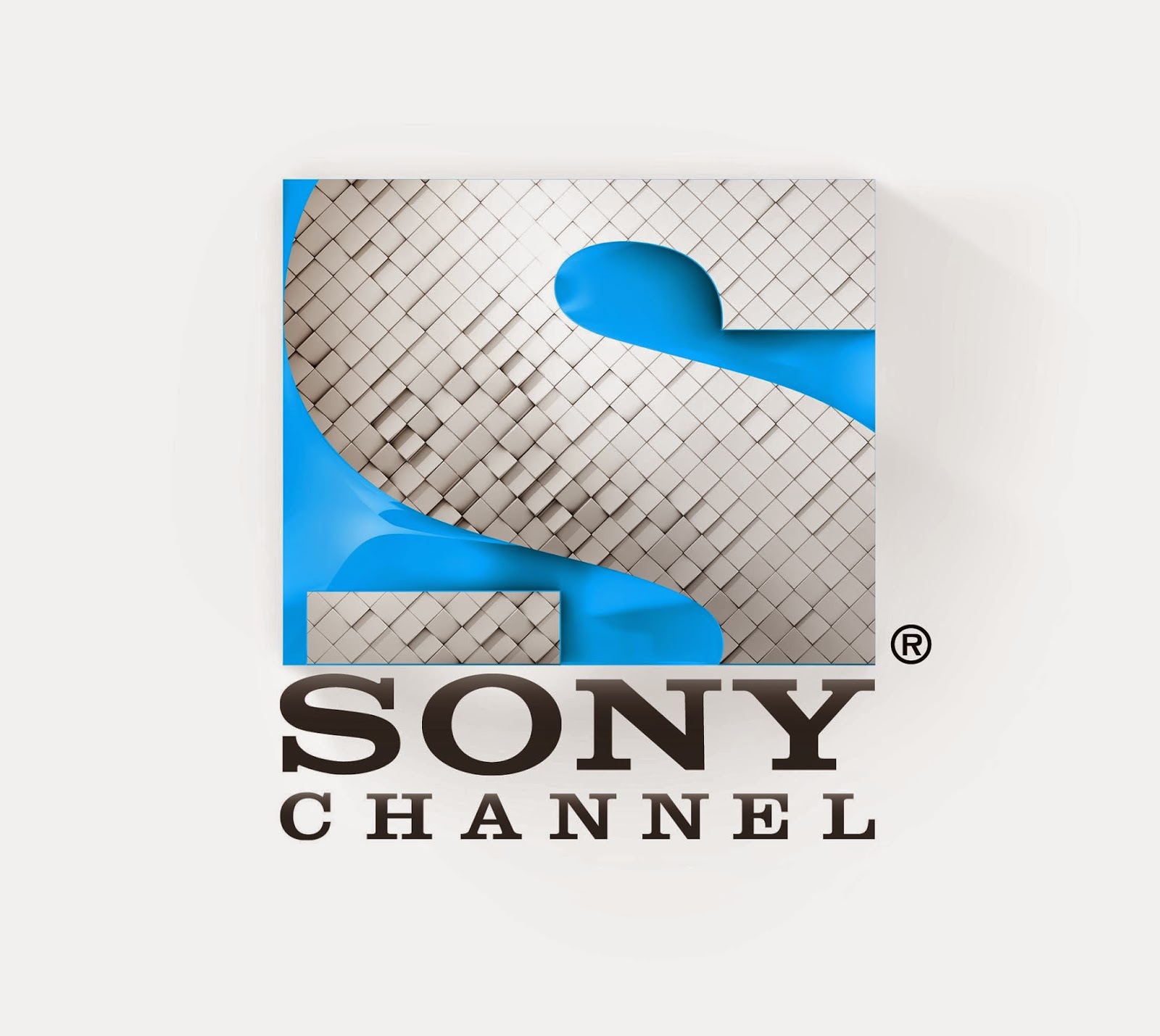