Last November 16, 2014, SM Aura Premier launched the Giant Dandelions, a forest of 90 larger than life light flowers where people may freely walk, take photos, and enjoy the lights and music.
One of the first attractions of this kind in SM Supermalls, Giant Dandelions features flowers in 160 cm to 210 cm high with spectacular dandelion heads made from approximately 9,000 recycled water bottles cut and connected to one another by nylon weave. Each flower is lit by a color changing LED strip. 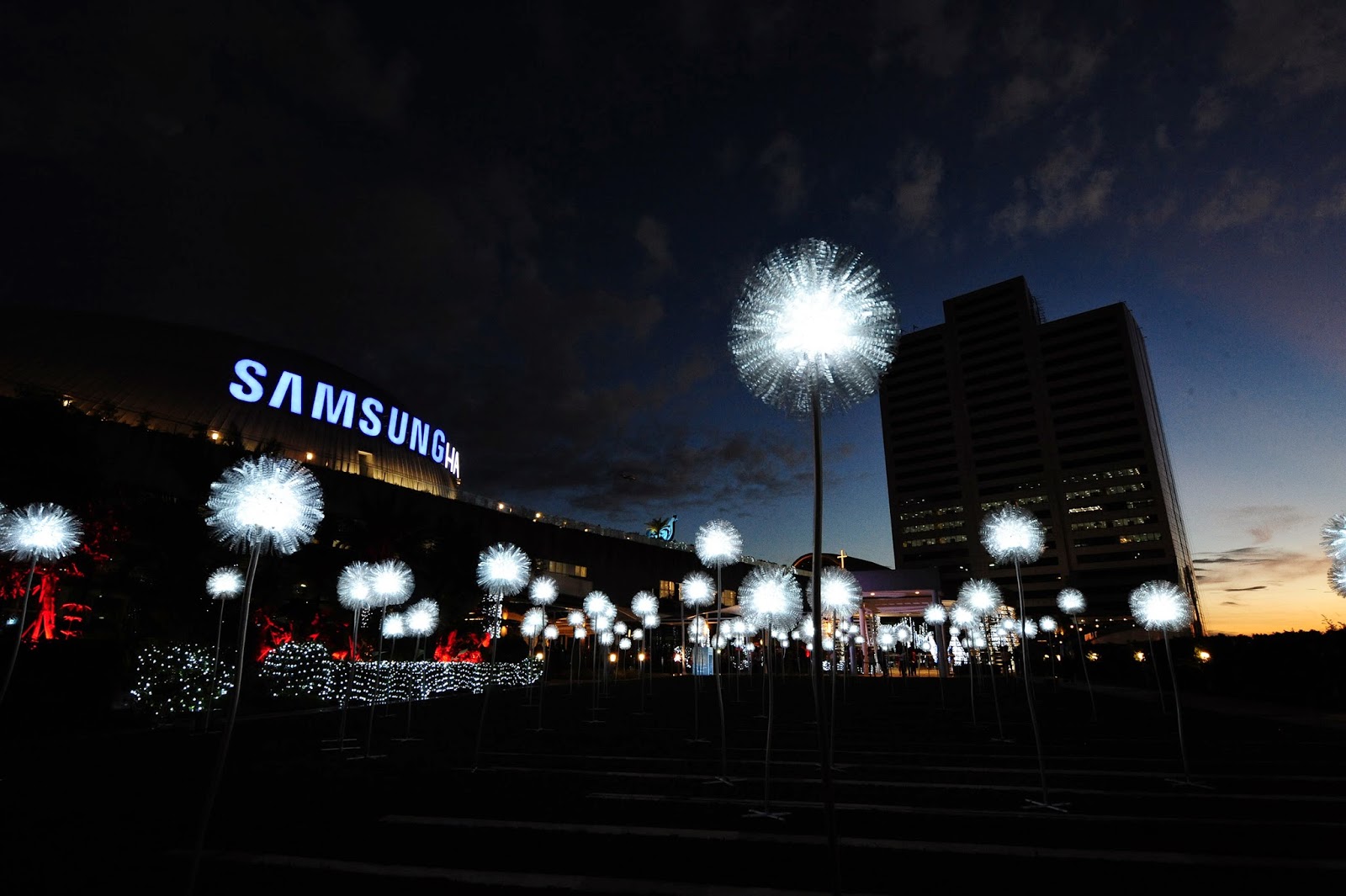 Made by Manila based French-Filipino artist Olivia D’Aboville, the Giant Dandelions is one of the main attractions this season. The installation is a light show set to music playing every hour from 7:00 PM to 10:00 PM from November 16 to January 16, 2015 at the Sky Park of SM Aura Premier. 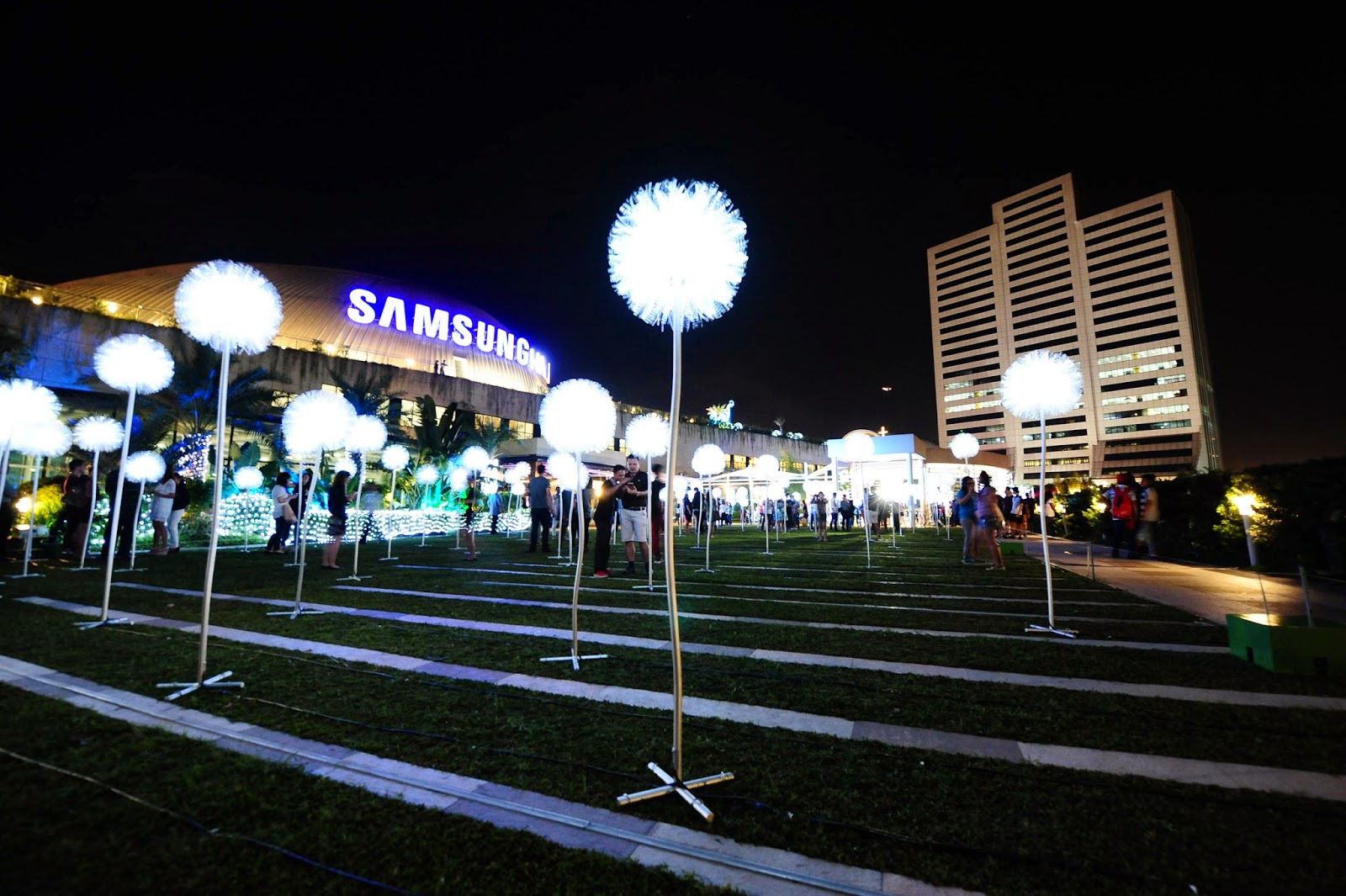 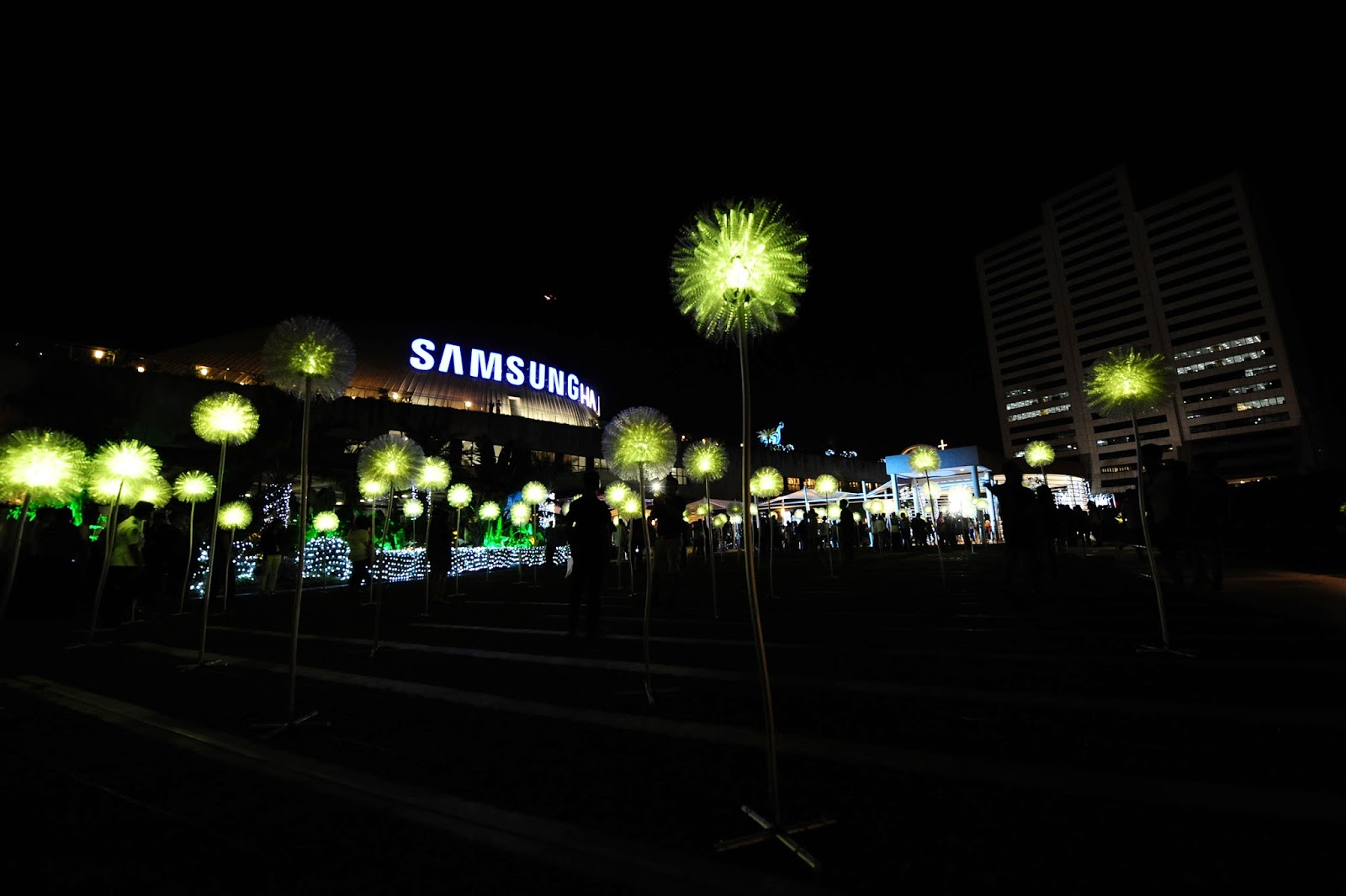 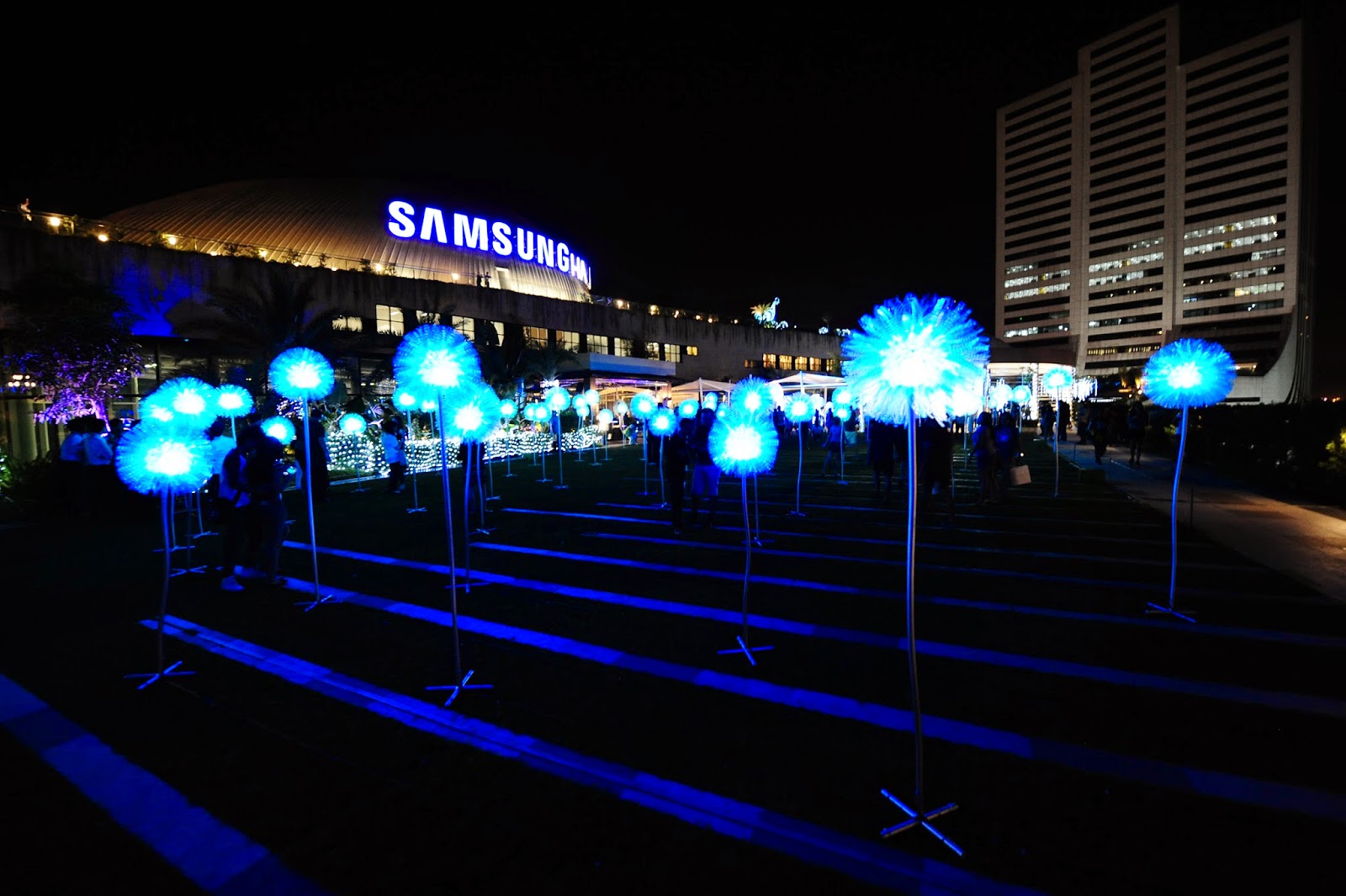 SM Supermalls continue its efforts in promoting environmental awareness and eco-friendly sustainable development. Aboville has been practicing recycling in her art since she was still a student in design in Paris. From plastic spoons to water bottles to cocktail stirrers, she is drawn to mass-produced objects. These objects refer to our consumerist society that is inevitably polluting our environment. She manipulates and recycles materials to create new work. She is very sensitive to light, fluidity and movement and known for her works inspired by the theme of the ocean. The use of LED lighting is systematic in her works.

Aboville graduated with honors from ESAA Duperré Paris in 2009 specializing in tapestry and textile structures and adapted the techniques to create her own woven forms. Aboville ventured in the design industry joining Kenneth Cobonpue’s design house, Hive. Her Anemone lamp, a spin off from her Coral Flower sculptural light was showcased in the major design fairs around the world landed a spot at the Museum of Modern Art in Paris for French ELLE Décoration magazine’s 25th year anniversary. D’Aboville has exhibited in museums, galleries, hotels and festivals in Paris, Lyon, Hong Kong, Manila, NY and Singapore.