Filipinos are family-oriented. That is the story of our culture. A fact woven into the very fabric of our existence. From our first hours on earth to the very last, we are surrounded with family. We celebrate birthdays, fiestas, countless Christmases and reunions together. Truly, we value our family ties. From our parents and siblings, to our lolos and lolas, Pinoys are known for putting a premium on what matters most. 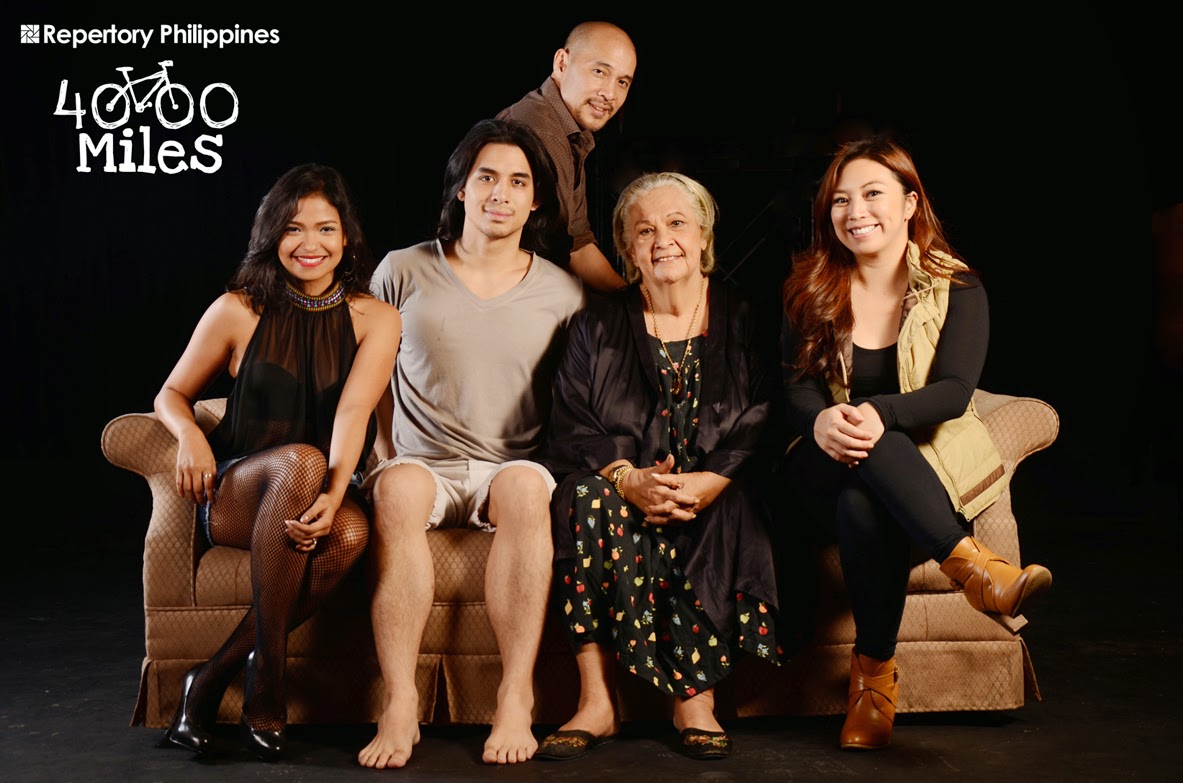 That’s why the cast of Rep’s latest offering believe that Filipinos can relate with the story of 4,000 Miles, a play about an widowed old woman and her grandson who suddenly drops by after a cross-country bike ride.

“It’s about understanding. It’s about our journey towards growth and wisdom. That’s what makes it so universal. I think by the end of it, we’ll all walk away just a bit wiser about the dynamic of human relationship,” Bart Guingona, the play’s director said.
Jeff Flores, who plays the role of Leo in the stage play, says that Filipinos would be able to identify with the characters in this adaptation of Amy Herzog’s masterpiece. “Leo and Vera have a very untraditional dynamic...there are things in their relationship that is very universal, and that is something that Filipinos should watch,” Flores added.

Flores will be sharing the stage with one of the most veritable names in Philippine theater, Baby Barredo, who will be playing the role of Vera. Her castmates and director were all praises for Barredo, who they say is quite a joy to work with. 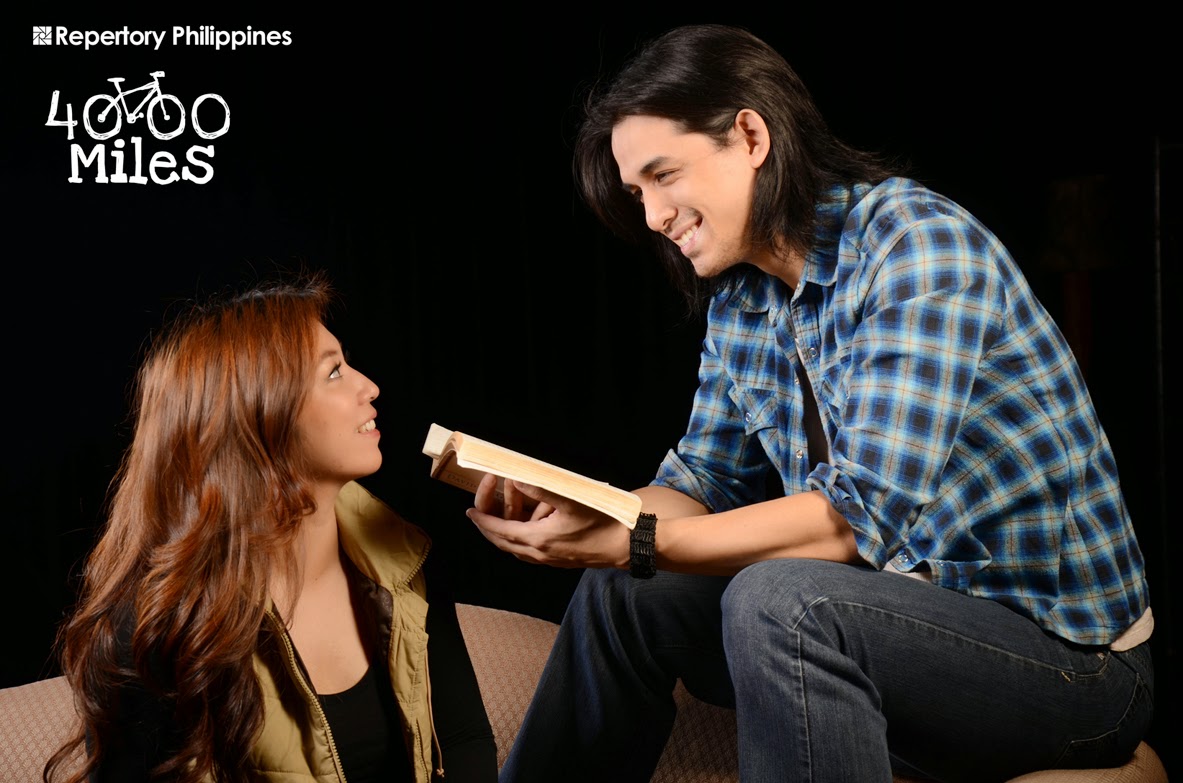 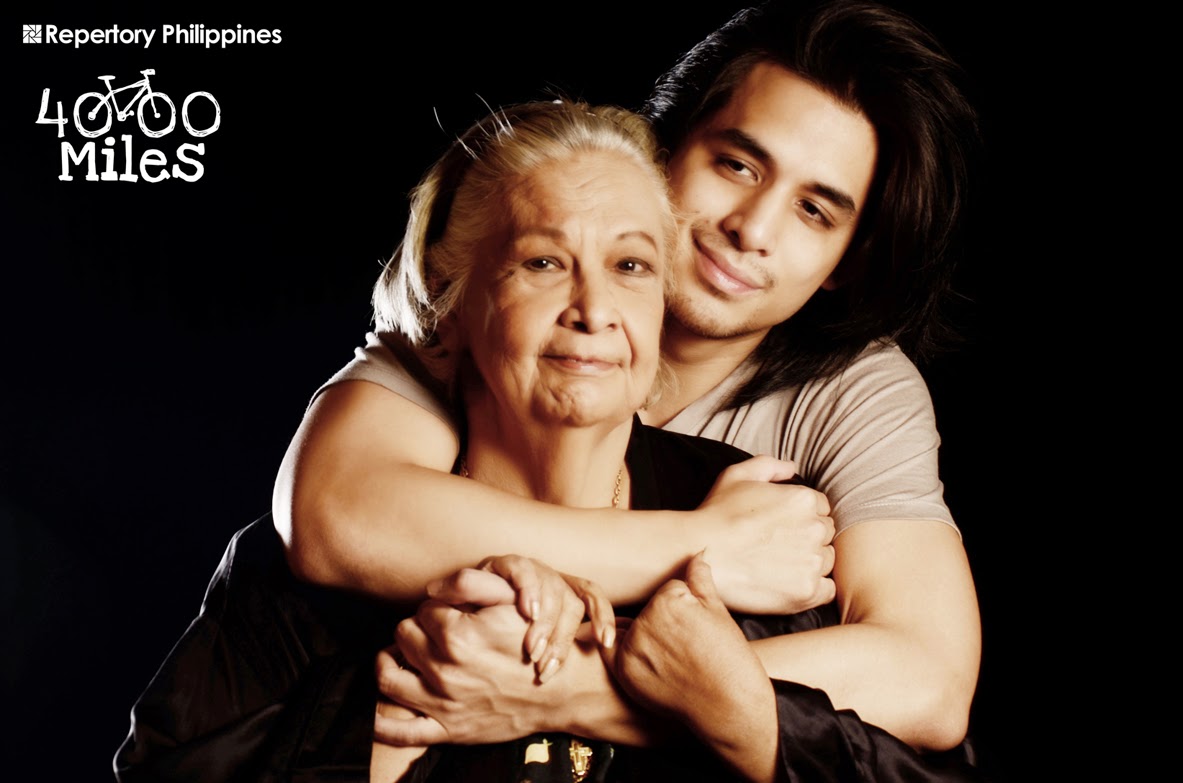 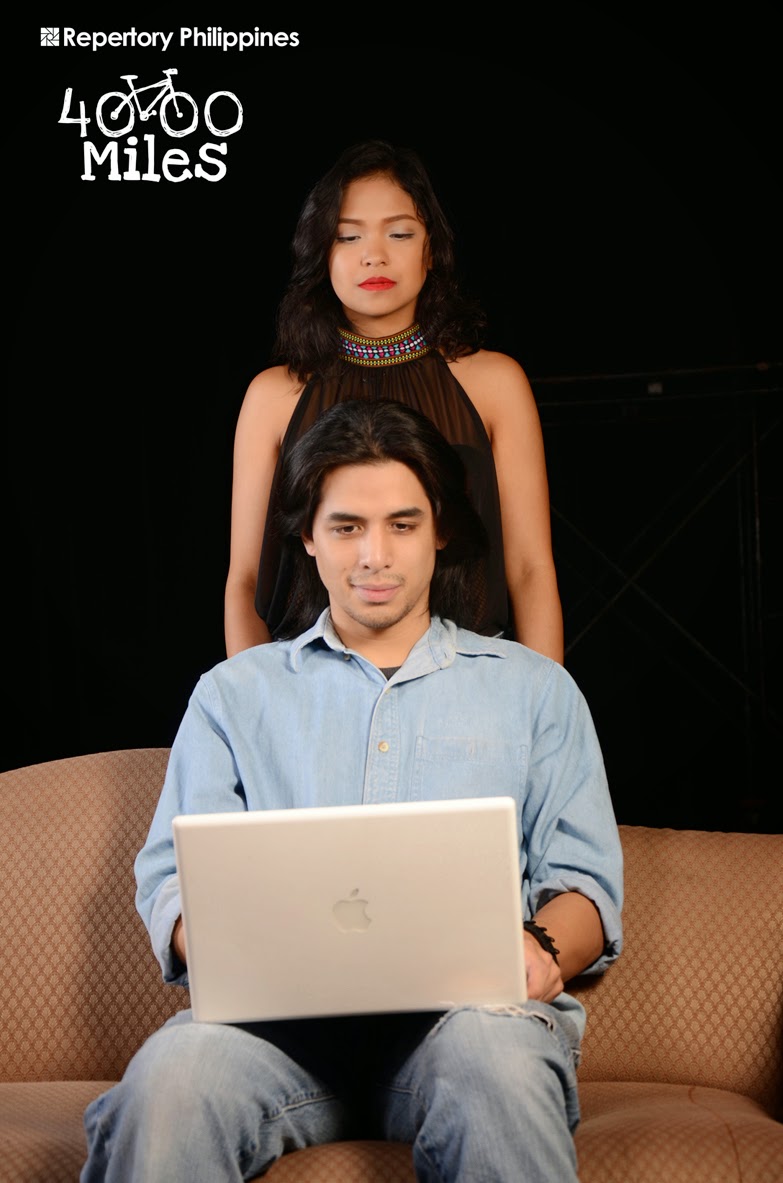 Flores also feels very privileged to portray the role of Leo. A character he says he finds so easy to identify with. “Leo is a manchild. He has a habit of running away from the stress, which works for me in my life. Being Leo has forced me to admit a lot of things that are childish about myself.”

The play will be shown on March 6 to 29 at the Onstage Theater, Greenbelt 1, Makati City. And as early as now, the cast of 4,000 Miles is more than excited to bring this story to Pinoys. Guingona, describes the material as one of the best-written plays he has handled. He excitedly shares that a monologue delivered by Flores’ character is destined to be a classic. “What I love about this play is it is a quiet play. There’s no histrionics and high-drama,” Guingona added.

Caisa Borromeo and Cara Barredo will also join the cast as Bec and Amanda, respectively.

In its various runs across America, 4,000 Miles has received praise for its story.  It has been heralded as the Best New Play by the Obie Awards in 2012 and was a Finalist for the prestigious Pulitzer Prize. Amy Herzog was also recognized as an outstanding playwright by the New York Times.