'Shake Drill' dry run across all SM Malls on July 30

Earthquake is one unpredictable disaster that we can't tell when it will happen. We all know that we're not that advance when it comes with technology, and as far as I know there's no scientist who can predict when earthquake will strike. But there's no harm in preparing ourselves of the unexpected. It's better to be equipped on what to do, where to go and hide.

SM Supermalls, the country's biggest mall network, shows its full support to the July 30 metro-wide earthquake preparedness drill dubbed as the "Metro Manila Shake Drill" by conducting its own simultaneous dry run earthquake and evacuation drill across all participating malls in the National Capital Region (NCR). 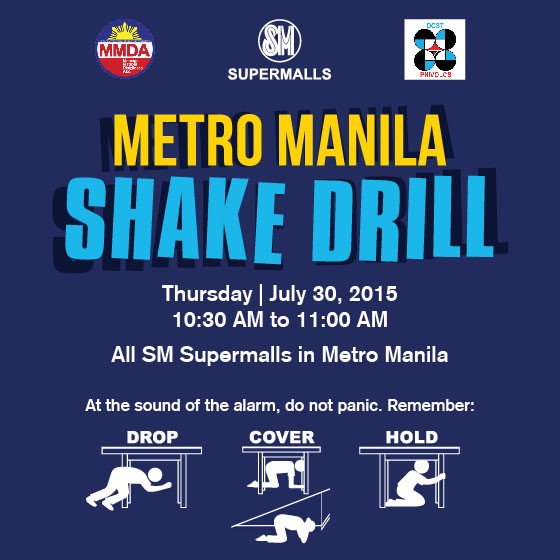 The dry run aimed to simulate the coordinated commencing of the drill, test devices and utilities that will be used to train and familiarize all mall personnel; and address concerns that may be encountered on the actual day of the drill.


Valuing the safety and welfare of all SM Supermalls customers and the communities where its malls operate, SM went on a full campaign to raise awareness for the upcoming Metro-wide Shake Drill. In-mall public announcements and mall collateral materials are strategically in place to ensure that the public is made aware and well-prepared for the drill.

An Emergency Response Group has already been activated to ensure the smooth implementation of the dry run across the malls. The importance of disaster preparedness is key across SM’s operations, from its management down to the employees and mall frontliners. 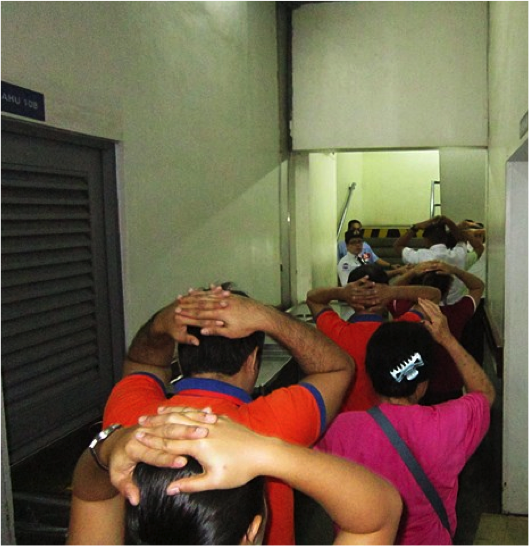 The Metro Manila Shake Drill, scheduled on July 30, is spearheaded by the Metropolitan Manila Development Authority (MMDA), in partnership with DOST-PHIVOLCS. It aims to prepare various agencies and the general public for a potential major earthquake scenario. The exercise will be held simultaneously from 10:30 AM to 11:00 AM across Metro Manila. A separate nighttime drill will be conducted in the Ortigas Business District in Pasig City from 7:30 PM to 8:30 PM