Famed American writer and essayist Flannery O’Connor wrote a short story titled “Everything that Rises Must Converge.” It is a story reflective of the times. It was written when integration was a new concept not every American was willing to accept. It is a story of going beyond what society expects, of stripping away pretensions and prejudices, of acceptance of change.

The title of the story was actually taken from a quote by French Philosopher and Jesuit priest Pierre Teilhard de Chardin. He wrote, “Remain true to yourself, but move ever upward toward greater consciousness and greater love! At the summit you will find yourselves united with all those who, from every direction, have made the same ascent. For everything that rises must converge.” 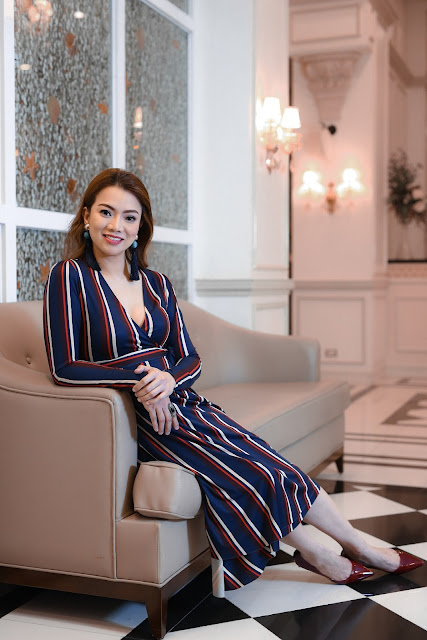 Age Defying Solutions founder and CEO Aiza Diuco believes that women should help each other rise by sharing their skills and know-how, by mentoring, and volunteering their time to ensure that every woman is given a chance to have a better future.

She recently founded The Glupa Women’s Club, a club by women for women. The young CEO will kick off the club’s activities with a series of talks and workshops aimed to help women in the metro and beyond harness the female power. She sees the club as a civic organization and a way of giving back to the community which has been very good to her.

Ms. Diuco is no stranger to hardships. She has shared with the writer the struggles she had to face when she first started in the beauty industry - from giving up a lifestyle to which she had grown accustomed to picking up the pieces of her shattered life.
Ms. Diuco is grateful for her education, her work experience, and love for research. Because of these, she was able to realize her life’s biggest dream – to start her own business.

Some might dismiss her success and underestimate the amount of hard work she has put into making her company grow. They might even say she was already rich to begin with, and that her father probably gave her the money to start her company.

While she is grateful for the love and support of her family, Ms. Diuco can proudly say that Age Defying Solutions is the result of her hard work. It was a backyard business which has grown exponentially over the years, thanks to her stellar stewardship and the amazing people she works with.