Calling all mommies who loves to cook! Gold Seas Tuna Chunks is in the search for a kitchen goddess who can whip up delectable healthy gourmet dishes for her family. 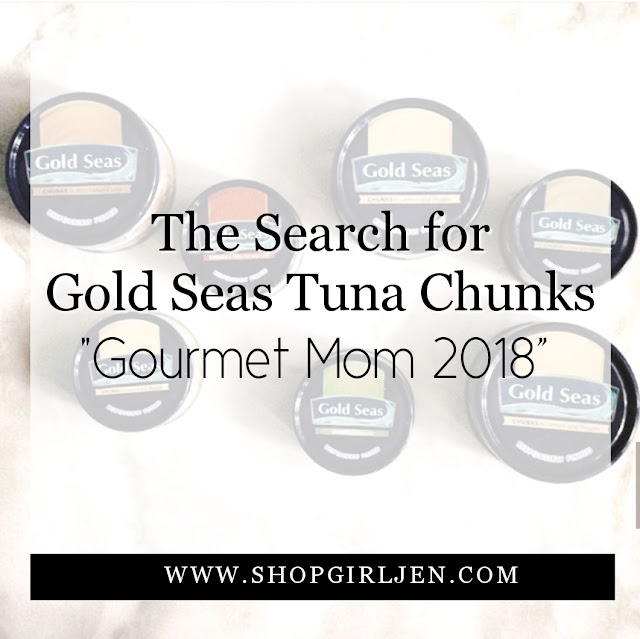 If you're interested to join, check out these mechanics:

Round 1: Call for entries
Round 2: Preliminary cook-off
Round 3: Final cook-off Prizes to be given away are cash, culinary course (for grand winner only), and Gold Seas Tuna Chunks gift packs. 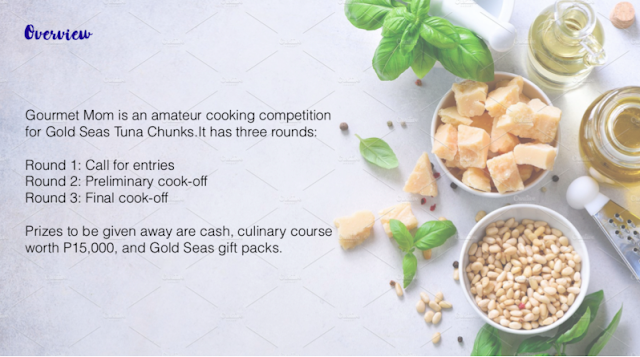 Who are qualified to join?
1. Filipino moms, aged 23-45 years old, residing in Metro Manila
2. Should not be a professional chef (professional chef, food truck vendor, cook, culinary instructor, culinary graduate or educator, licensed caterer or had been employed in any of the above capacity)
3. Should not be employed in any restaurant as a chef, line cook, or cook of any capacity
4. Must not own or engage in any food business that is licensed or accredited by a local government agency
5. May be a caterer as a hobby and not be paid for catering as a primary source of income

Originality and Creativity – 50% (The participant must creatively show a recipe that corresponds to the Gold Seas Tuna Chunks variant/s being used. Photo and caption must contain a personal touch and why taste matters for her family.) 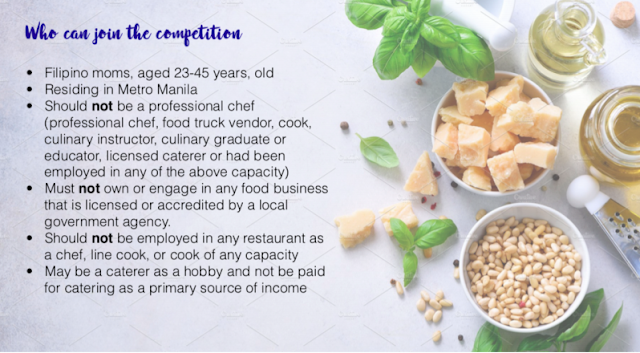 Preliminary Cook-Off Proper
1. The ten (10) participants will compete at Glorietta 2 Activity Center*, Makati on August 4, 2018*.
2. The ten (10) participants will be given 30 minutes to cook their submitted recipes using Gold Seas Tuna Chunks. Each participant will be given a P1,500 gift certificate for the purchase of their own ingredients which they need to bring to the cook-off.
3. Five (5) judges will determine the five (5) finalists who will compete in the final cook-off. The selection of the five (5) finalists will be based on the following criteria:

Taste – 50% (Utilization of Gold Seas Tuna Chunks emphasizing the particular dish presented.)
Originality and Creativity – 50% (Contrast of plating and design. Recipes are not copied from magazines, cookbooks, or other contests.)
TOTAL – 100% 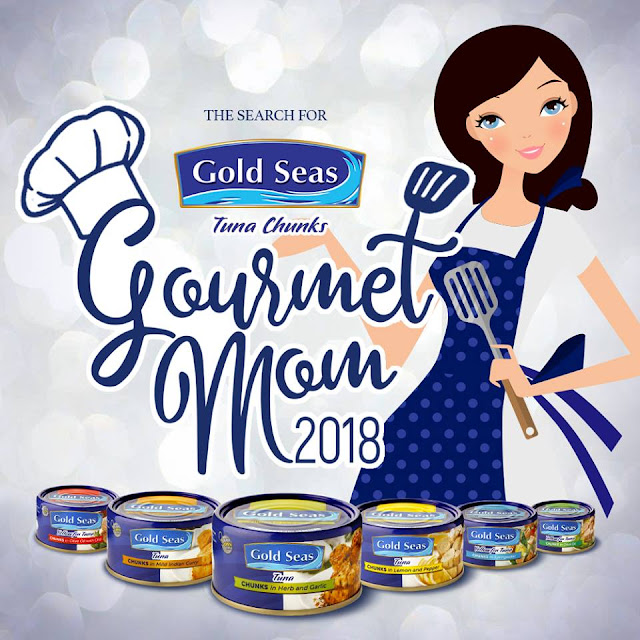 Final Cook-Off Proper
1. The five (5) finalists will compete at the same date and venue – Glorietta 2 Activity Center*, Makati, August 4, 2018*.
2. Each finalist will be given a mystery box. All they need to do is to think of a creative and delicious way to cook a dish using Gold Seas Tuna Chunks with any of the mystery ingredients inside the box. The finalists will be given 30 minutes to cook their dish. The mystery box will consist of Gold Seas Tuna Chunks gourmet flavored variants and mystery ingredients.
3. The selection of the Grand Prize winner will be judged based on the following criteria:

Taste – 50% (Utilization of Gold Seas Tuna Chunks and mystery ingredients emphasizing the particular dish presented)
Originality and Creativity – 50% (Contrast of plating and design. Recipes are not copied from magazines, cook books, or other contests. Recipe name should be developed by the finalist.)
Total – 100%

Claiming of Prizes
Contestants may claim their prizes during the event proper on August 4, 2018*.

Terms and Conditions
1. Participants are limited to Filipinos residing in Metro Manila area only.
2. Employees of Gold Seas Tuna Chunks, advertising agency partners, sales and distributors are not eligible to join the contest as well as their relatives up to 2nd party of consanguinity or affinity.
3. General Nutrifoods Philippines, Inc. (GNP) reserves the right to conduct a verification process for all potential winners before awarding any prize. Winners who fail the verification process will be disqualified. All decisions made by General Nutrifoods Philippines, Inc. (GNP) on all matters related to this promotion are final.
4. All gathered recipes, photos, and captions could be used for the following materials of Gold Seas Tuna Chunks: Exhibit, Company’s brochures, posters, billboard, online advertisement, website, web blogs, social networking sites, and other online marketing sites. No compensation in cash or kind will be given to participants of this promotion in return to using their recipe, photos, and/or captions.
5. Winning recipe/s will be part of Gold Seas Tuna Chunks official recipe library.