As a brand that truly believes in holistic wellness, Jeunesse Anion shares its advocacy of body, soul, and spirit health. Being physically well while struggling with emotional aches, low self-esteem, anxiety, and unexplainable feeling of a gap inside all affect a person’s well-being. Humanity is both physical and spiritual and this is what separates humans from non-humans.

In support of World Mental Health Day on October 10, Jeunesse Anion digs deeper into how this  invisible illness will encourage a culture of change beginning with the right mindset and knowledge on mental health. 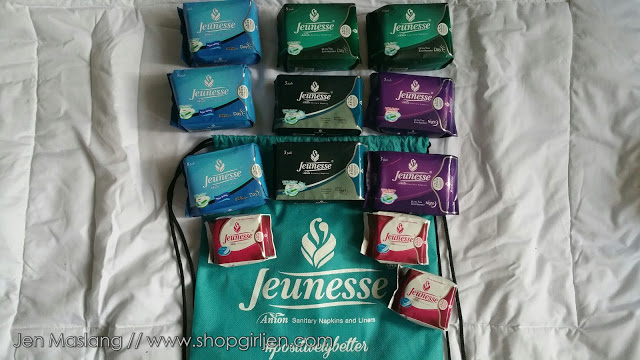 While both genders are prone to a mental condition, a study at Oxford University discovered that women are 40 percent more likely to develop mental illness than men. Physiological and biological factors are contributory to mental health problems among women. Dramatic hormonal changes during puberty, pre-menstruation, pregnancy, post-pregnancy, premenopause, and menopause cause a roller coaster of emotions. Women find themselves angry, sad, irritable and experiencing crying spells during these times. While these are normal and short-lived for some, others have severe symptoms that disturb their personal lives and relationships.

The Philippine data on mental health shows that there are 3.3 million Filipinos who suffer from a depressive disorder and 3.1 million are afflicted by anxiety disorders. Of high school students 13 to 15 years of age, 17 percent attempted suicide at least once, 12 percent seriously considered taking their lives, and 11 percent have made plans on how they would commit suicide. Given the numbers, the country has only 60 psychiatric health care facilities and only two mental health workers for every 100,000 population.

UNDERSTANDING SOCIAL MEDIA AND THE SPIRIT
Victory Greenhills campus missionary and pastor Dave Estrera said, “In my observation among students, social media primarily affects us in three ways: perception, socialization, and rest. Whether we like it or not, social media has adverse effects on the way we view ourselves because there’s always the temptation to compare. Secondly, it affects the way we socialize, we have the option to project ourselves the way we want to be seen-- being connected yet alone is not helpful in someone going through a hard time.”

As the second country with the largest social media consumption worldwide, it’s not also surprising that restlessness is prevalent and quality sleep is almost unknown. “In my survey among students, 80 percent admitted they have slept less than 5 hours. Now that we have the option to look at something that interests us, our body is restricted to recharge and recover,” Estrera added.
The spiritual aspect is something that we can never neglect either. “It starts with a mindset that God wants peace for us. Through the power of God, we can strengthen our grit and grow in hope. If peace is what God promises, then we can fight and claim it for our lives. When we see that He’s for us, then it gives us the will to keep fighting. We need to see that He providentially uses everything around us (medicine, psychology, medical advancement, support structure, a person’s spirit, and prayers.),” he concludes.

DIET, NUTRITION,  AND EXERCISE
Phil.-US registered dietitian-nutritionist Cheshire Que believes that diet, nutrition, exercise, and mental illness are all connected. “Food fuels the brain for it to function optimally. Poor nutrition causes nutrient deficiencies that affect hormonal imbalance and many other factors that influence mood, thought process, and other functions of the brain,” said Que.

Several studies have been said about the gut and brain connection, so understanding how they’re synergistically connected will change the way we view the gut as the body’s second brain. “When a person is diagnosed with a mental condition, one of the first steps to bring back the balance in the body is by applying these 3 Rs of gut-healing: Remove triggers in the form of gluten, dairy, refined sugar, and soy; Repair with fresh produce, functional foods, and supplementations; Lastly, reinoculate probiotics and feed the gut with prebiotics such as honey.”

Chemical messengers serotonin and dopamine affect similar aspects of your health. Dopamine is the chemical that the body releases when we encounter pleasurable experiences from hobbies, eating a favorite meal, to sex. Meanwhile, serotonin which is the body’s anxiety buster is being produced through sunlight,  exercise, and eating foods rich in tryptophan. Both chemicals spur the body’s happy hormones.

Understanding that food not only significantly impacts mood along with exercise while making time for the things that keep a person’s sanity in check, will also impact a person’s energy level and countenance.

LIVING WITH GRIEF IN HER HEART
The Suntay family is a living proof that it’s a disease that knows no age, gender, social class, religion, or background and perspective. “Our family was far from perfect but I’ve always thought that it was a fairy-tale kind of life,” said mompreneur Sheila.

However, 2018 proved to be the most tragic year for the  Suntays when Renzo, the eldest son among the brood of 5, took his own life because of depression. She admitted that it was a disease she knew nothing about and that it was a situation that they didn’t see coming. The experience was the turning point for the family, which gave birth to YOLO by Renzo Suntay, a non-profit organization that aims to be the voice for those who are suffering from depression, anxiety, and other conditions. “My role as a founder is to relentlessly share my story and remind these people that they’re not alone in their struggles and that there’s real, tangible hope and healing.”

Beauty titlist, mental health advocate,  and Jeunesse Anion brand ambassador Ivanna Pacis encourages individuals and families to discuss more openly the issue on mental health, “Jeunesse Anion looks out not just the physical being of its users but also the mental health of every woman. Mental health is such a sensitive topic but it’s an important issue to discuss and Jeunesse Anion takes part in putting an end to the stigma of mental illness. If you’re a person who suffers from a mental condition, know that your feelings are valid and your situation is not hopeless. Seek out professional help and surround yourself with positive people who look out for your well-being.”