HISTORY POUCHES USED AS AN ALTERNATIVE TO SMOKING HABIT

Before the existence of the tobacco-free nicotine pouches, the Swedish people had tobacco pouches as part of their culture. When the consumption for these pouches skyrocketed, Swedish farmers reinvented the pouches and they discovered a way of mixing tobacco leaves with salt and water in their coffee grinders. It resulted in a moist mixture with a unique taste that could be used while working in the fields.

Factories increased their production as the demand for the pouches increased. Different brands had also surfaced which also introduced different new flavors of the product. 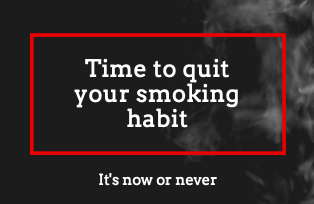 In the 20th century, the side-effects of tobacco use, in general, were a talking point. Doctors were coming out against cigarettes, with the U.S. Surgeon General's report that smoking causes lung cancer, chronic bronchitis, and laryngeal cancer. It was also the time when the first medical reports linking smoking to lung cancer began to appear and a series of major medical reports confirmed that tobacco caused a range of serious diseases. In the latter part of the 20th century, the first successful lawsuits against tobacco companies over smoking-related illness happened.

With all the issues surrounding tobacco use and smoking, Swedish Match saw a demand for nicotine consumption without side-effects. The risk of tobacco juice staining one’s teeth had been a breaking point which leads to a breakthrough when they found out that nicotine could be separated from the tobacco leaves in an advanced heating process. This innovation lead to the discovery of a new all-white segment - the white nicotine pouches which could be enjoyed without side-effects.

Since then, these pouches received an enormous rise in popularity and are expected to be accepted globally as many smokers experience them to be a great substitute for cigarettes and vaporizers.

Nicotine pouches nowadays are very popular among smokers who wish to quit smoking. It is used even in Nicotine Replacement Therapy which is a medically-approved way to take nicotine by means other than tobacco. NRT has been proven to increase the chance of quitting smoking or stopping chewing tobacco by about 55%.

Currently, there are around 14 popular brands of nicotine pouches in the American and European markets. They are mostly old factories based in Sweden, whose history dates back to as early as 1432. Each brand features different flavors and strengths. Some have the classic flavors of mint, spearmint, peppermint, or menthol; others have sophisticated fruit flavors such as melon, cranberries, berries, or cherries.