It has been almost two years since the pandemic brought Filipino life and many livelihoods to a screeching halt. According to a 2020 Asian Development Bank (ADB) study of 1,804 Philippine MSMEs, 70.6% were forced to temporarily close with 66.2% reported to have temporary staff cuts during the height of the COVID-19 outbreak.

Bucking these statistics and the odds created by the changes in the landscape, the enterprising Filipino found many opportunities in online businesses, with the Department of Trade and Industry (DTI) recording over 88,000 new e-commerce registrations at the end of 2020. This figure is projected to be a million e-commerce enterprises by 2022 (from 500,000 in 2020). By taking advantage of the online space, MSME owners have become unsung heroes of the economy, all the while providing for their families and making their business dreams a reality.

SM Supermalls very well understands the potential of each Filipino to be successful business owners because of their founder, the late Mr. Henry Sy’s own inspiring story. Sy, fondly called “Tatang” in SM, started out as a small business owner with his first footwear shop ShoeMart.

During the virtual launch of the SM StartUp Package hosted by Sam YG last Oct 15, SM Supermalls President Mr. Steven Tan was joined by three young successful MSMEs; Nina Ellaine Dizon-Cabrera from Colourette Cosmetics, Patty Ang from Patton, and Jerald Sze from 365 Designs Retailing, who talked about how their business began online and how they successfully grew it at SM Supermalls. 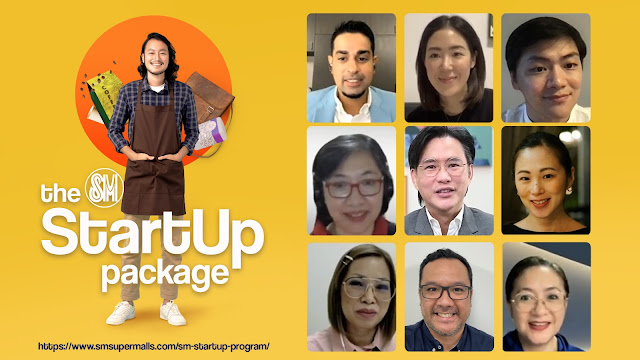 It is said that because of this, it is in SM’s DNA to enable and inspire small businesses like the one it once was. Last October 15, not coincidentally Tatang’s birthday, SM launched The SM StartUp Package, which aims to provide small online businesses the valuable support they need so they can set up their own shop in an SM mall. This is available to the first 100 digital-based MSME owners who currently don’t have a shop inside SM or any other physical store in general.

The package offers features such as start-up friendly rental rates and use of kiosks or carts free of charge; marketing assistance to give the brand free exposure in SM online assets and ad spaces inside malls; financial assistance with BDO; and mentorship from SM experts on operations and marketing.

"We created The SM StartUp Package because we saw how Filipinos persevered in the past year. Very much true to the spirit of Henry Sy, who always said he worked harder during bad times,  many MSMEs did not let the pandemic stop them from providing good service and products -- even from their own homes. We want to give them a chance to further grow their businesses and brands, and enable them to start their own SM shops which they can one day grow into business empires, just like our founder once did.,” said SM Supermalls President Steven T. Tan.

The late founder Mr. Henry Sy is also proof of an entrepreneur’s resilience and hard work. After arriving in the Philippines at just 12 years old from China, he helped sell products in his father’s retail store. When he saved enough money, he was able to open his first business in 1958: a footwear shop called ShoeMart, which would later become the foundation for today’s 77 SM Supermalls.

The success of the mall didn’t come without challenges. A notable one was when Mr. Sy opened SM Megamall in Edsa in 1985 during a turbulent time in the Philippines. Instead of letting the political and economic climate discourage him, it pushed him to work harder to overcome the crisis. This disposition would carry over in the next few decades and would inspire a new generation of MSME owners to look for opportunities even during adversity.

This is evident in the stories of entrepreneurs like Chizmozza founder Hannah Ramos, who sold her own mozzarella recipe online before opening her food cart at SM, Ian Darcy, who started his namesake fragrance brand after being forced to resign from his marketing job; and Oishii Maki Chef Randy Molina, who started a sushi and maki business at SM after working as an Overseas Filipino as a Japanese Chef in 5-star hotels.

“I took a chance to grow Chizmozza from an online store to having one humble food cart in SM North Edsa back in 2016. Now Chizmozza has 21 SM branches. They saw the potential of our unique cheese products and through our mutual hard work and perseverance, we grew, even through the pandemic.” Hannah shared

These are just some of the stories behind successful MSME owners and how they were able to succeed, when empowered with the right resources. The SM StartUp Package will allow more people to level up their online start-up, inspiring them to follow in the footsteps of “Tatang” so they can take more confident steps even during these uncertain times.

Starting with just one humble ChizMozza cart in SM North Edsa in 2016, Hannah Ramos’ small business has steadily grown into 21 branches in various SM malls and has not only weathered the pandemic, but has actually expanded regionally. 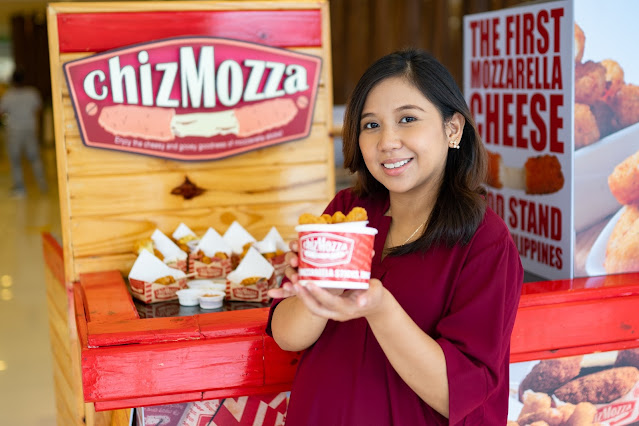 For more information, visit www.smsupermalls.com or follow @smsupermalls on all social media accounts to find out how to sign up for The SM StartUp Package.
By Shopgirl Jen at Monday, October 18, 2021