Airspeed’s Future Soars Higher on the Back of Female Power

Since its establishment in 1985, Airspeed has endeavored to provide the highest quality of logistics services to customers across the globe and aspired to bring forth rewarding, growth-oriented opportunities to its stakeholders. For more than 36 years, Airspeed has strived, invested, innovated, improved, and evolved to become one of the largest, most trusted, and most successful logistics solutions and express courier companies in the Philippines.

Airspeed’s success story is worth telling at this time when the whole world continues to celebrate International Women’s Month. That’s because Airspeed was founded by Rosemarie P. Rafael, a visionary woman who broke stereotypes in a male dominated corporate world in the 1980s.

As Airspeed’s Chairman and President, Rosemarie established and formed Airspeed to reflect her own values as a woman, a mother, and a leader. Being a true advocate of women, 66% of Airspeed’s senior management team are females. 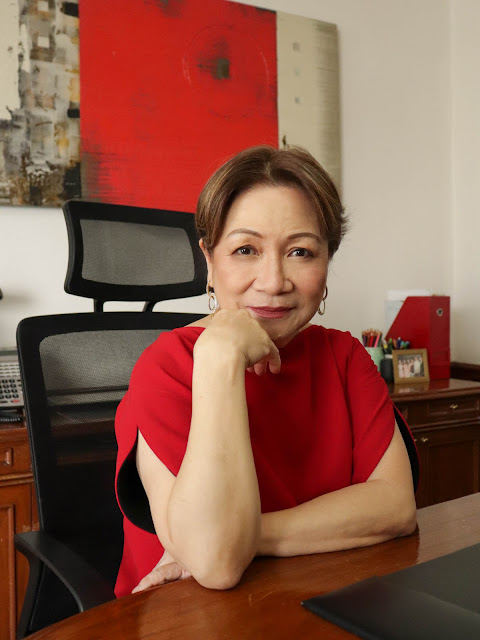 Mrs. Rafael is proud to say that the women of Airspeed play a big role in elevating the company to its current stature. She explains: “They are there when needed and face whatever challenges they encounter. They are fearless -- they step up to the needs of stakeholders with a “can do” attitude. The women of Airspeed are trustworthy, dependable, devoted, relentless and nurturing and that they have a good combination of toughness to withstand the challenges, and a heart to serve our stakeholders.”
Mrs. Rafael recalls her own way of dealing with the challenges she faced in the male-dominated logistics industry by saying “I do not go head-to-head with men and work in such a way that will make them wonder what happened. The men in the industry when I started, underestimated women as it is a norm that men dominate this industry and women are just followers. One has to work doubly hard to be able to prove that they can do it. The ultimate acceptance I received was when I was elected as the first woman president of the Air Cargo Forwarders Association in the 90s.” 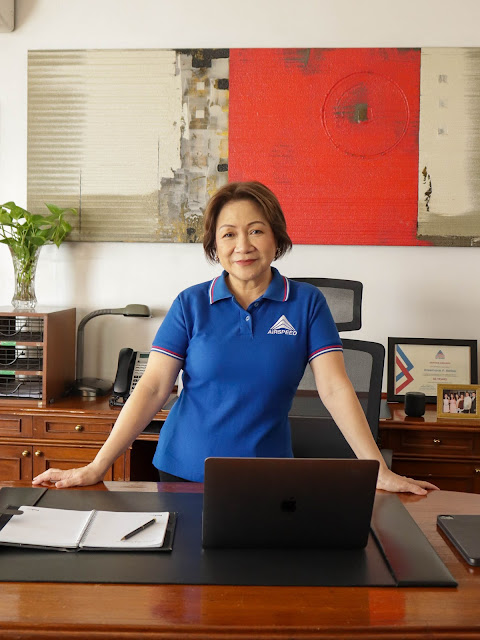 Mrs. Rafael has come a long way since then. Just recently, Mrs. Rafael was chosen as the new President of the Women’s Business Council Philippines, Inc. (WomenBizPH). Serving as the platform to discuss women’s issues in business and possible government policies and solutions, WomenBizPH is the lead private sector partner of the government, particularly the Department of Trade and Industry and the Philippine Commission on Women, and represents the Philippines in APEC and ASEAN events.

And there’s no stopping Mrs. Rafael. Despite new challenges brought about by the entry of international companies in the Philippines who have the funding to expand and dominate, Airspeed forges on by being innovative. And as the economy begins its road to economic resurgence, she shares that Airspeed is currently increasing coverage without having to be all over at the same time – and choosing strategic areas where we need to be. We continue to look for better ways to make our operations seamless, building on the foundation that we have established 36 years ago. We are unstoppable.”

It is quite fitting to learn during International Women’s month that the success of a major logistics company like Airspeed stems primarily from the vision, guidance, and leadership of a woman. Mrs. Rafael has shown and proven that in a male dominated corporate world, a woman can break through traditional norms, gain acceptance, promote change, and achieve so much for the benefit of society as a whole. Rosemarie P. Rafael should serve as an inspiration to every woman or man who wishes to achieve success and make a difference. Airspeed is truly proud to say that its future soars higher on the back of female power.