PLDT Home is consistently named the Philippines’ fastest broadband, besting all major internet providers in the country, as it wins for the fifth consecutive year at the Ookla®Speedtest™ Awards Q1-Q2.

The global benchmarking company, Ookla®, announced that PLDT achieved a speed score of 77.91 and logged the fastest download and upload speeds at 210.83 Mbps and 234.21 Mbps, respectively. 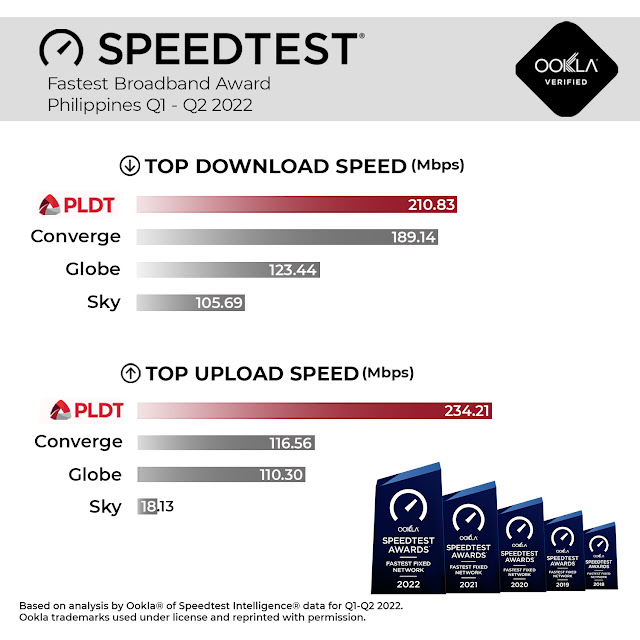 “The past years have proven how essential fast and reliable internet services are for Filipinos to work, study, and be entertained at home. With this award, we thank Ookla® for recognizing our consistent efforts to top ourselves. This win reiterates our unwavering commitment to power our customers with the best digital services so that they can progress in life as they do things digitally better at home,” said Jeremiah de la Cruz, PLDT Senior Vice President and Head of Consumer Business – Home.

PLDT Home has been the country’s fastest ISP for five consecutive years and is strongly committed to deliver undisputable speeds to every Filipino household.

“Speedtest Awards, presented by Ookla, are reserved for an elite delegation of network operators that have delivered exceptional internet performance and coverage within a market. It is our pleasure to present PLDT with the award for Fastest Broadband in the Philippines.This recognition is testament to their exceptional performance in Q1-Q2 2022 based on Ookla's rigorous analysis of consumer-initiated tests taken with Speedtest” said Doug Suttles, Ookla CEO. 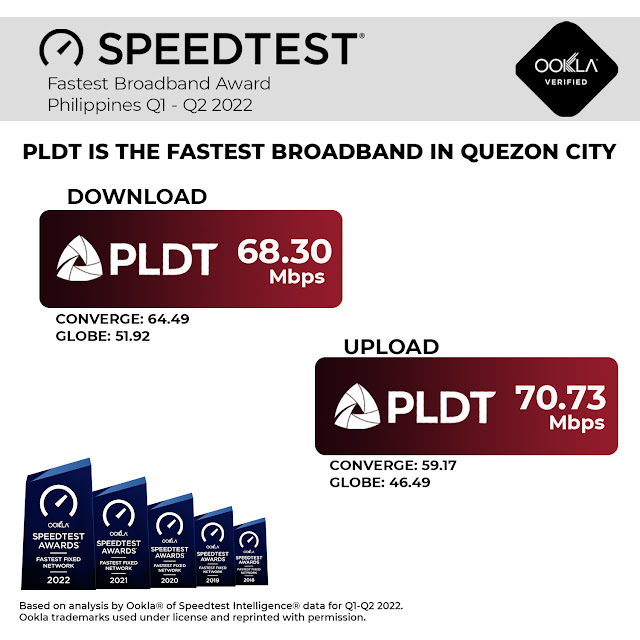 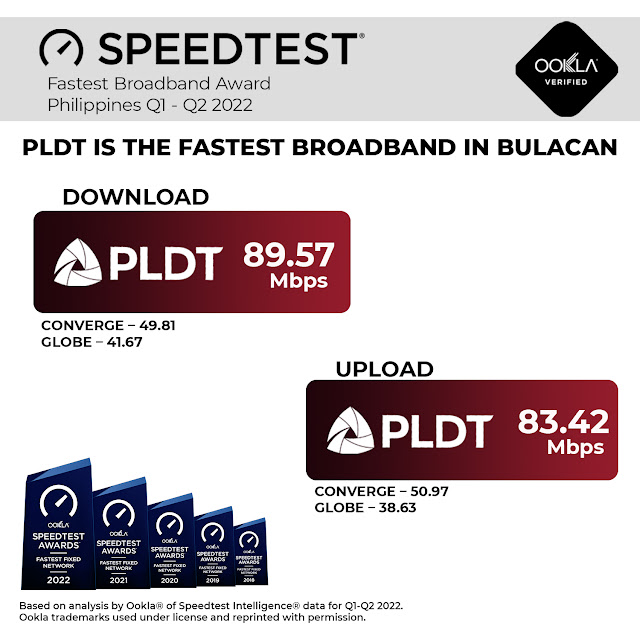 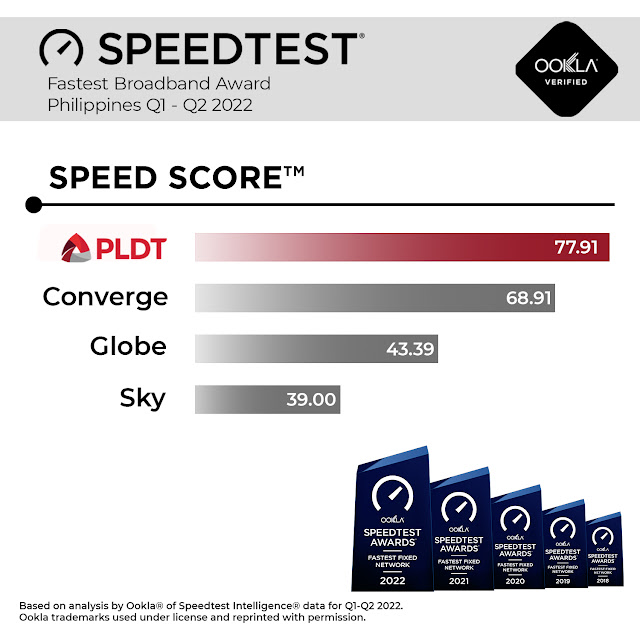 Home in Fastest Mode with PLDT

PLDT Home, as the country’s leading digital services provider, seeks stay on top of the ever-changing digital shift by continuously delivering the most powerful and fastest fiber-to-the-home (FTTH) network to its over 3.1 million fiber subscribers.

In July, PLDT boosted its international network capacity through its US-Transpacific Jupiter cable system infrastructure which is expected to providegreater capacity in multiple Terabits per second. This benefits PLDT customers with growing demands for digital services and better digital experience.

PLDT is also the only telco provider in the Philippines that can deliver up to 10,000 Mbps fiber-optic service. This puts the country alongside first-world nations that have access to such ultra-fast home interne speeds such as South Korea, Japan, Sweden, Norway, Italy, New Zealand, and USA.

All these innovations are powered by PLDT’s widest network with its fiber infrastructure expanded to over 803,000 kilometers, extending its reach to 15.5 million homes passed, and a total fiber capacity of 6.25 million ports.