Had an opportunity to attend the exclusive screening of AXN’s The Voice event with Ana.  As I’ve said from my previous post (here and here), The Voice is the latest from AXN which will be airing this coming August 21. 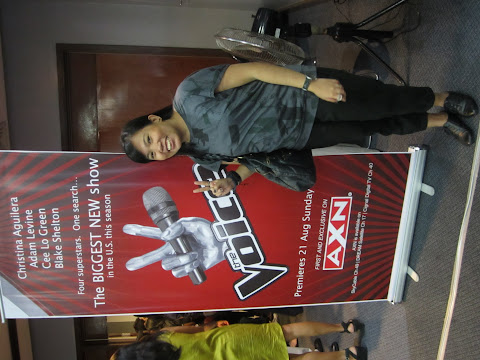 The event was hosted by Ms. Andrea Aguirre. But, before they introduced The Voice, Mr. Jack Lim of AXN showed us what's the latest from your favorite series. 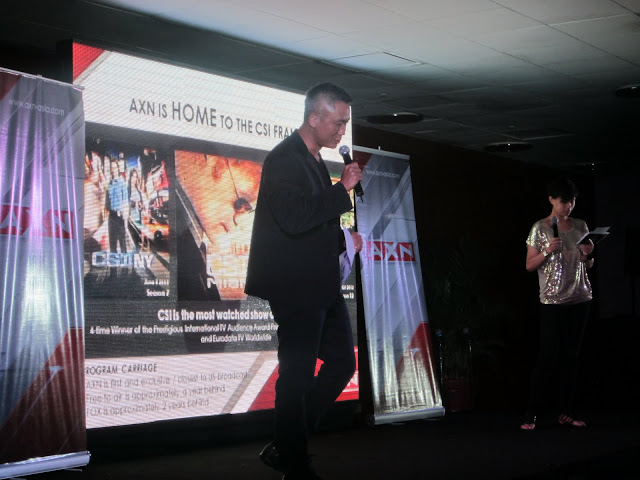 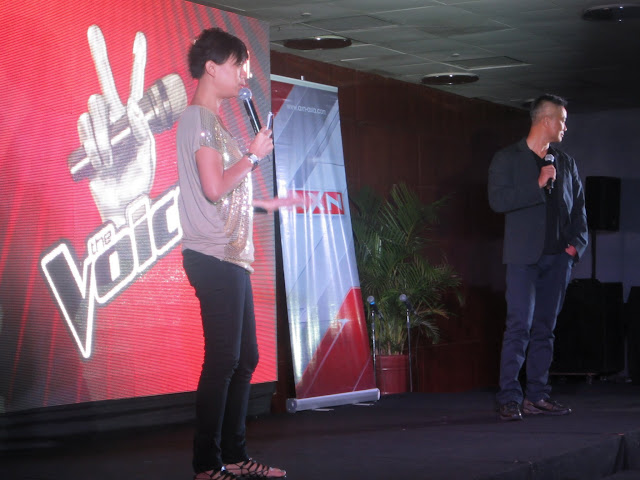 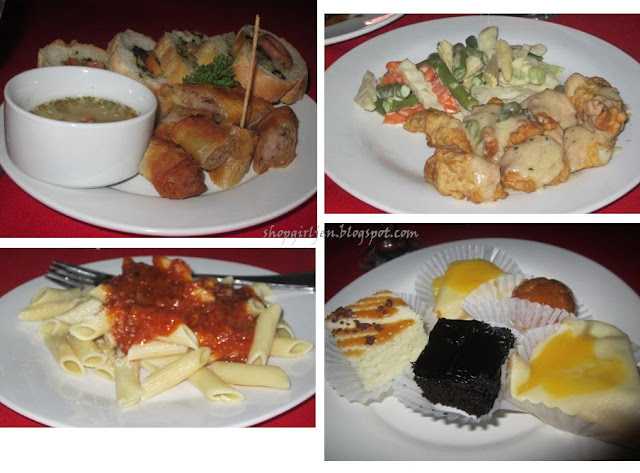 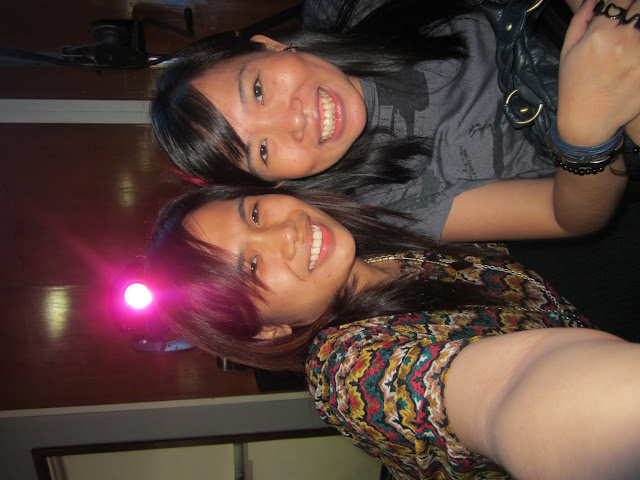 During the event, we also tried the singing contest ala The Voice. Wherein they chose 3 contestants na kakanta and made us turned around (not facing the contestants). If we like the voice saka pa lang kami haharap sa contestant and it will count as our vote. It was really fun! It's like you are voting for the voice and not the appearance.


And the winner is: Contestant No. 2!! Wow! Panalo ang boses! Since we can't see the contestant we didn't know that the girl-like singing voice belong to a.. yep you got that right! :D Just Wow! :)


After the AXN event, Ana & I roamed Glorietta since it was still early, then had our late lunch at Max. Parang day-off lang, haha! :D

Again, Thank you to AXN for inviting me to your fun event! Thank you also to Ms. Jad Deveza of Publicity Asia. 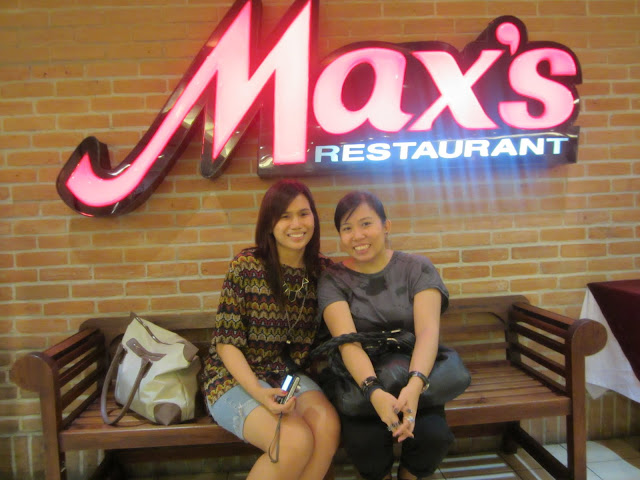 And most especially, Thank you too Ana for being my blogger date. I'm so happy that I gained a friend that day. Naks! haha! Looking forward to our next "heart to heart" talk! :)

How was your week so far loves? Feel free to share, ok? :)

Email ThisBlogThis!Share to TwitterShare to FacebookShare to Pinterest
Tags: Press and Media Event, The Voice

how fun! ana's one of the sweetest bloggers ive met in person :)

Wow, this sounds AMAZING! I love your unique way of creating all the posts and your special writing! Not to mention the name of the blog! I was wonderring if you would have time to check mine, possibly follow each other? Hope we keep in touch!