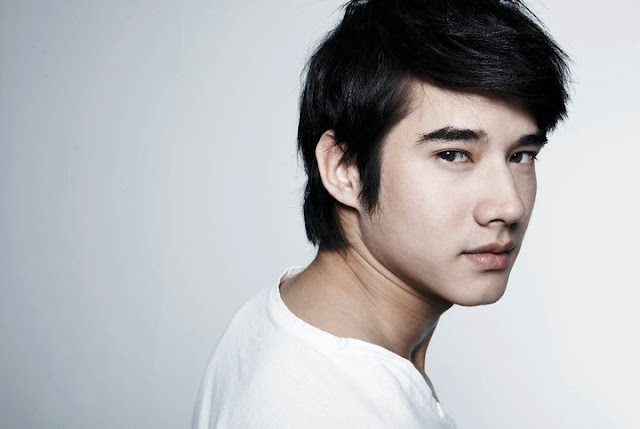 MANILA, Philippines – Leading Philippine fashion brand PENSHOPPE carries on its campaign to cross the international style threshold, and at the same time, to cater to its younger market, as it welcomes its new face, MARIO MAURER—one of Thailand’s hottest stars among his generation.

Maurer steps in as Penshoppe’s latest presentor, as recently confirmed by the line’s brand director Alex Mendoza. The 22-year-old actor and model takes off from the brand's international campaign, which was earlier led this year by British actor Ed Westwick of the popular series Gossip Girl. "Mario will not only make Penshoppe a bigger fashion name across the borders. He will also help grow the market in the local and Southeast Asian region, especially knowing that he has a gained wide following among the younger set," Mendoza said on selecting the Thai star. “Mario is fresh, appealing and very influential. He represents the exciting new changes happening to the brand now,” he added.

Maurer, known for his strikingly boyish good looks, and cool, young, free-spirited style, has proved much of himself in the regional entertainment industry. Aside from gracing magazine covers, he has shown sensational acting skills by top-billing films year after year. Among the films that boosted Maurer’s name to public consciousness was The Love of Siam released in 2007. In his debut role, he played a conflicted teen who develops a romantic liking to his boyhood friend. His remarkable portrayal awed fans from the Philippines, winning a Best Actor award at the 2008 Cinemanila, an annually-held international film festival in the Philippines.

In 2010, Maurer also starred in First Love (Crazy Little Thing Called Love), a romantic-comedy which saw him garnering major acting awards, and assured him a spot as one of the region’s most sought-after stars.
Maurer, meanwhile, is expected to arrive in the Philippines this October to shoot the Penshoppe campaign with renowned Hollywood photographer Darren Tieste flying in from Los Angeles. The campaign is expected to grace magazine covers and billboards across the country.
Meanwhile, fans will have the opportunity to meet and greet Mario Maurer as PENSHOPPE is set to host a Fan Conference for the Thai heartthrob. The gathering will be held on October 28, 2011 (Friday) 1PM at the PICC Plenary Hall in Manila (gates open at 11AM).

To avail entry, one must complete a stamp card promo available at all PENSHOPPE boutiques nationwide. Every P500.00 entitles the bearer to one (1) stamp. Completion of ten (10) stamps entitles access to the event and the bearer must submit the original completed stamp card at any PENSHOPPE outlet in exchange of the final entry pass.

So, what are you waiting for loves? Complete your Penshoppe stamps and you'll get to see  The Oh Oh Mario Maurer in person!! :)

@myrted: but the php5000 sis not only nakita mo si Mario Maurer but you also have fabulous clothes from Penshoppe! It's a win-win situation actually! When u watch a concert halos same price pero pag uwi mo walang remembrance, unlike when you buy php5000 worth of Penshoppe, fashionable ka na at nasa FanCon ka pa ni Mario Maurer! Super sulit din! :))))

i'll say this once again, this guy looks like bubbi hahaha! :D