Thanks to Keigh, I had an opportunity to attend the MTV Exit held last week at the Crowne Plaza, Ortigas with my fellow bloggers. It really was an interesting event & a wake up call especially for me, since, it tackled the issue against Human Trafficking.

The MTV Exit (End Exploitation and Trafficking) campaign is an award winning multi-media initiative to raise awareness and increase prevention of human trafficking and exploitation. 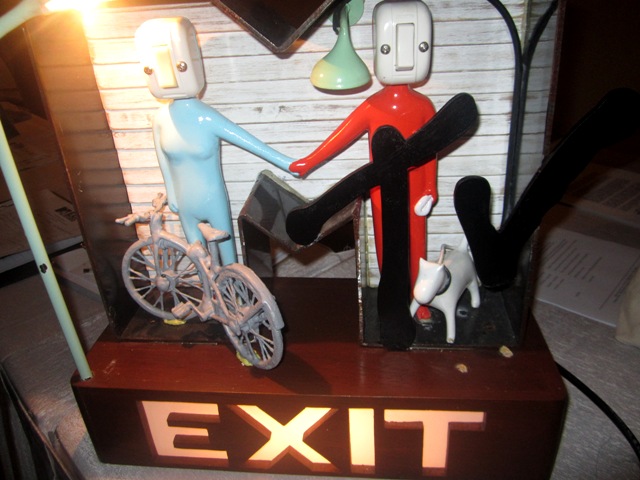 Schedule of speakers at the event! 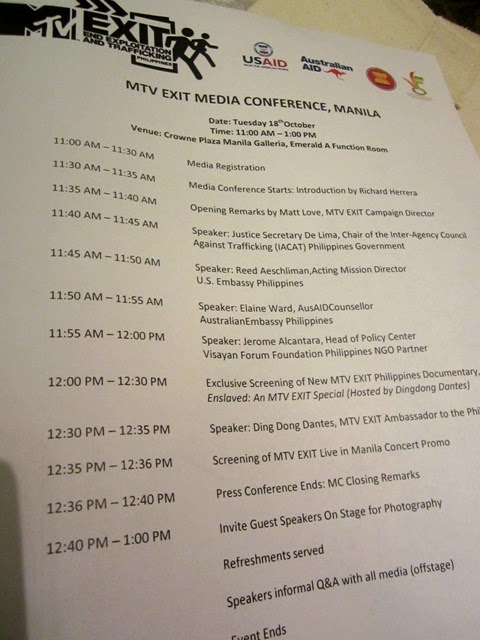 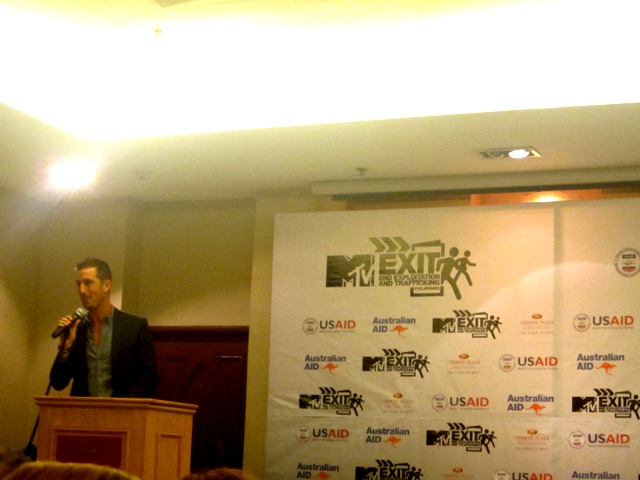 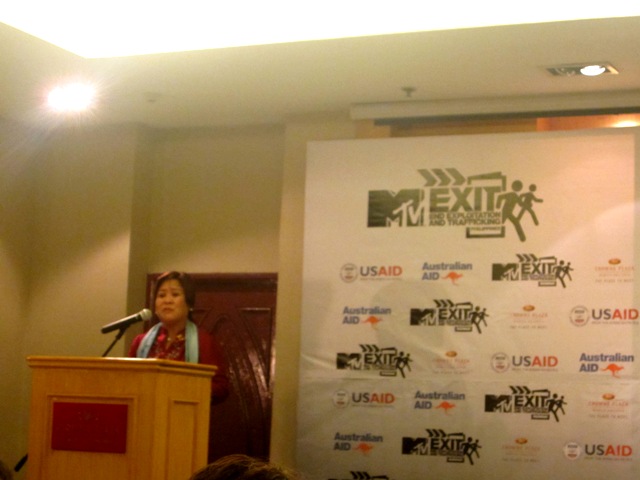 In behalf of US Ambassador Harry Thomas, Reed Aeschliman, Acting Mission Director gave a speech as well. In support with this worldwide campaign. 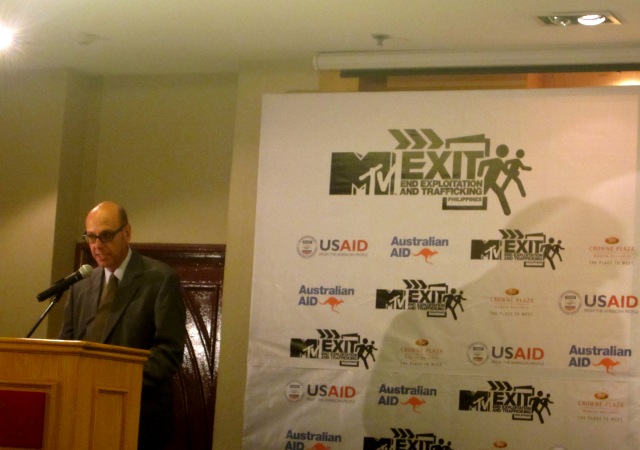 Elaine Ward, in behalf of Australian Ambassador for the Philippines, Rod Smith. 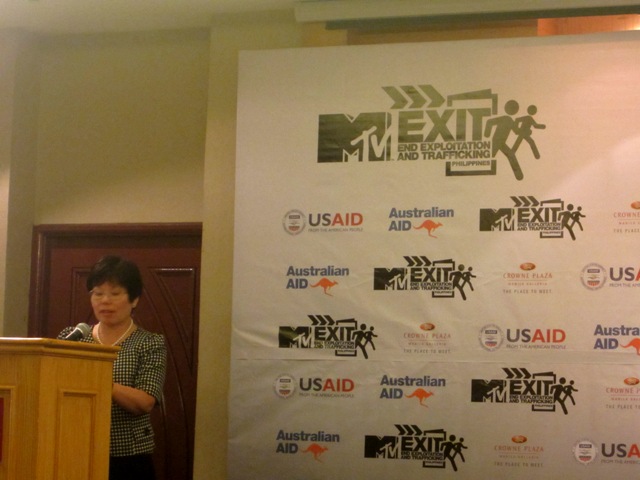 Representing the Visayan Forum Foundation of the Philippines, Jerome Alcantara. 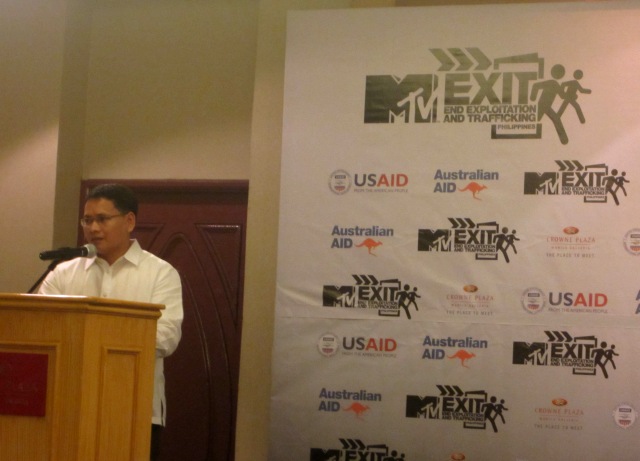 After watching the documentary, my heart grieved to all the stories that I've heard. Hindi ko ma-imagine ang mga pinagdaanan nila :( Even their trusted relatives were involved too.

I'm glad MTV is behind this campaign. So all of us can be aware of what is really happening & stop this inhumane activity. 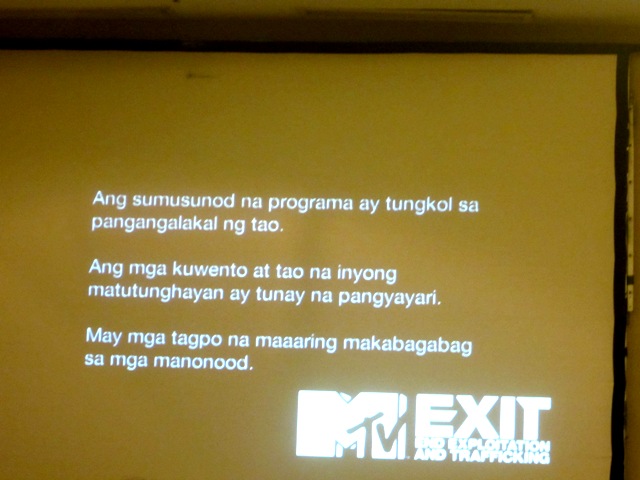 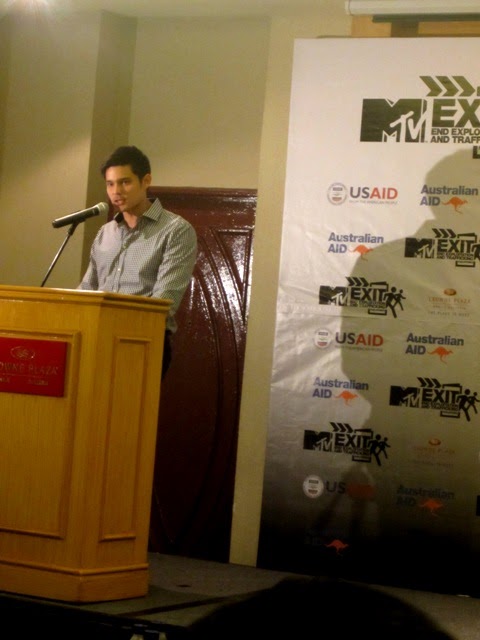 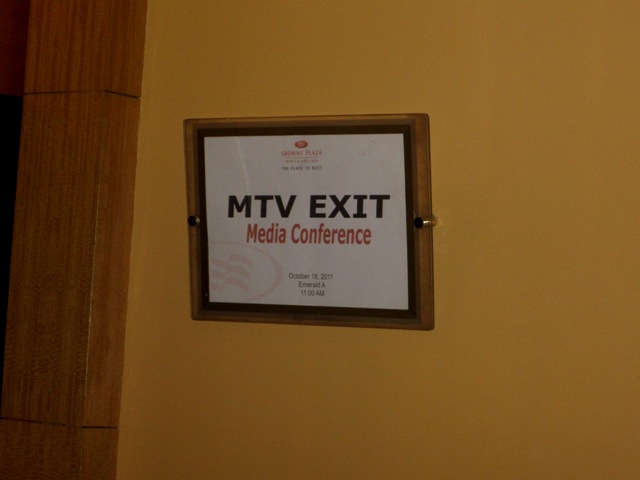 In line with this campaign, MTV Exit will hold a FREE CONCERT in SM Mall of Asia Concert Grounds on October 29, 2011 at 6pm. Featuring Jay Park, Evaline, Parokya ni Edgar, Pupil and more! 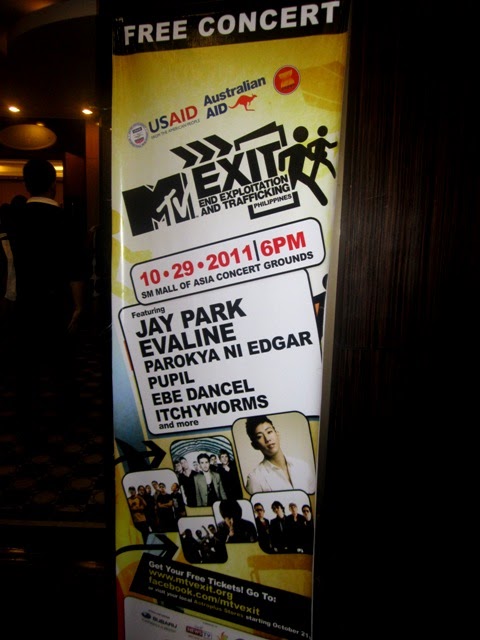 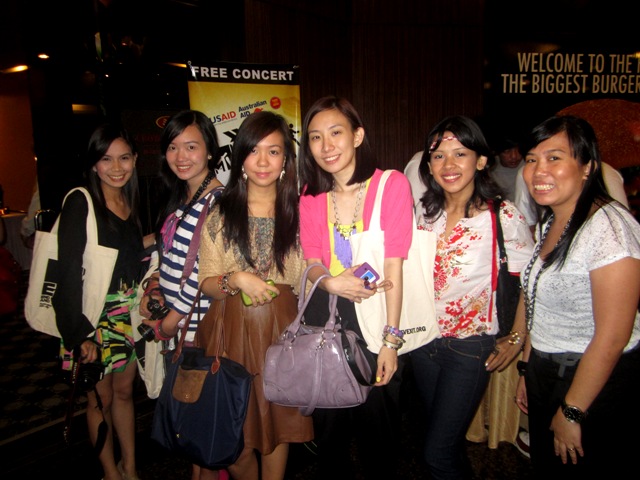 Go mark your calendar loves on October 29. Not only you'll watch a free concert, but you will also be supporting th MTV Exit Campaign!