About the Collection
SOLO never failed to give us nostalgic attack with its Pinoy Cartoonist Memorabilia Series. Yearly, Solo pays tribute to Pinoy Pop Culture with homegrown Pinoy iconic cartoonists.  Solo brought us back to the heyday of Filipino comics when komiks magasins used to be a big form of entertainment of most Pinoys. The creative collection spearheaded with the playful and witty characters of Larry Alcala’s Slice of Life in 2010, followed by no less than the greatest work of the Father of Filipino Cartoons, Tony Velasquez’s Kenkoy in 2011.  This year,  the series proudly features Tonton Young’s Pupung.

How do you best remember Pupung? It could be his family’s lugawan and their hilarious adventures that reflects the typical Pinoy family.  Pupung is a lovable kid in the comics created by Tonton Young in 1983. The strip revolves around the family of Pupung and their hilarious adventures. The comics strip focuses on Philippine pop culture, fascination with basketball as well as business trends and rarely tackles political issues.  Pupung became popular for its punchlines and the humor used in the strip is lighter than other Filipino comic strips which gives it a family-oriented theme.  Up to this day, Pupung appears in Manila Bulletin and continues to make Pinoys laugh everyday. Pupung and all your fave characters from the strip, Mommy, Daddy, Lolo Dom, Day, Jordan, Lelong and Larry Bird will be immortalized in a pop collection! 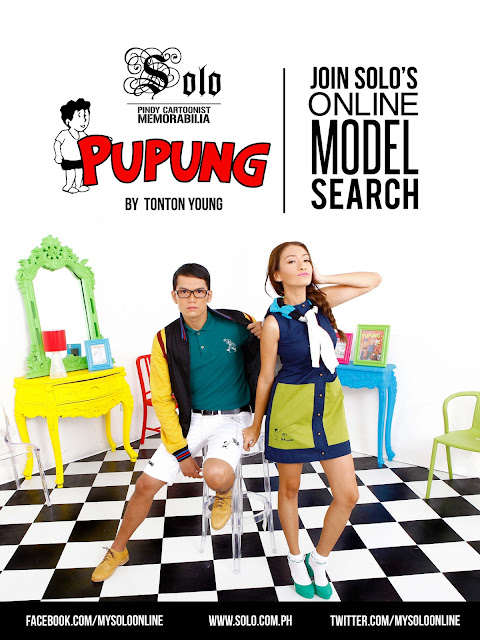 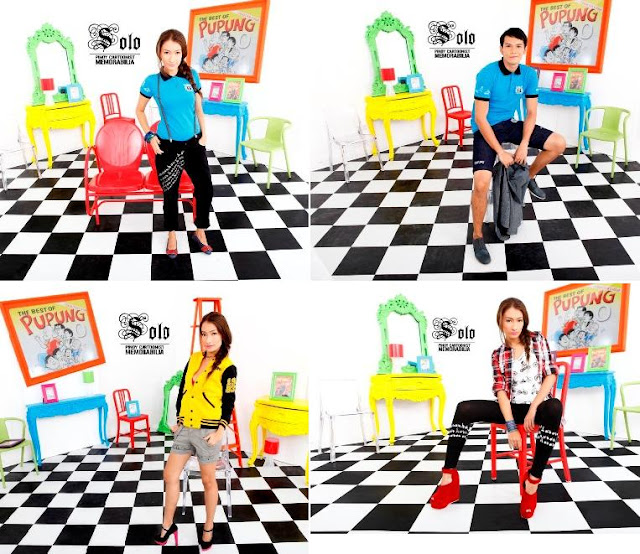 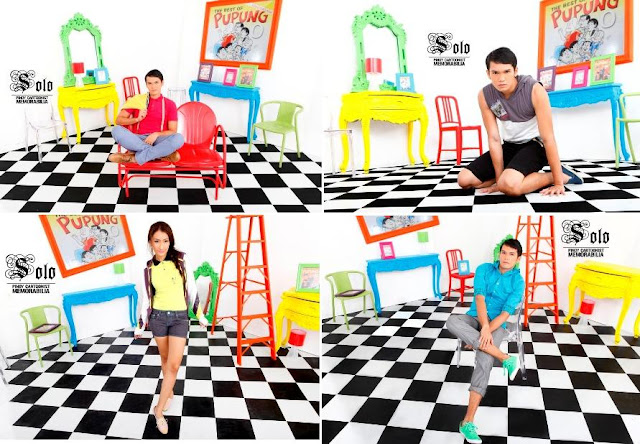 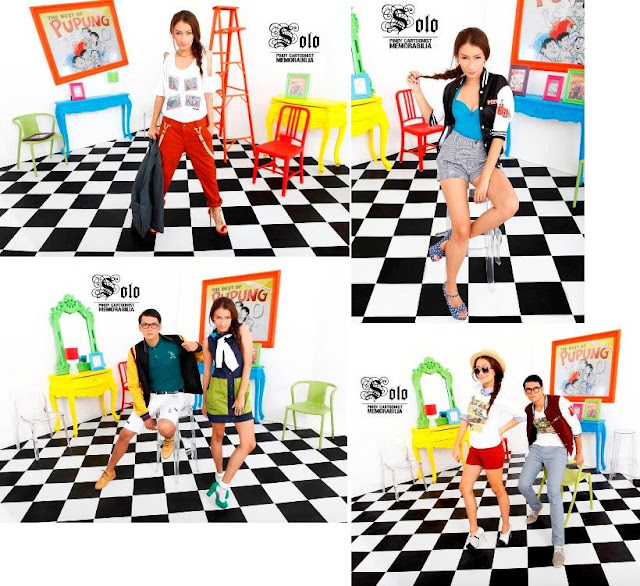 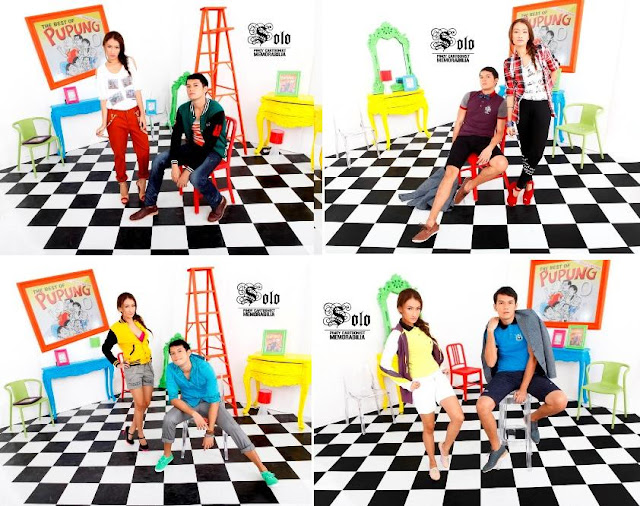 About the Cartoonist: Washington “Tonton” Young
Washington “Tonton” Young was the creator of Pinoy Komiks icon ‘Pupung’ and author of ‘The Best of Pupung Vol. 1-11’.
“I’ve been drawing cartoons since I learned how to hold a pencil”. Tonton was greatly influenced by his elder brother who is also an artist. But Tonton never pursued cartooning not until after the circumstances that lead him to pick up his versatile pen again and resume a childhood interest.  After he finished his college degree, Commerce Major in Business Administration, his mom needed healthcare and had to be attended at home so he started to look for a job that doesn’t require him to work on an eight-hour basis.  He started doing cartoons again and because of his talent, he was hired by the late great Nonoy Marcelo (creator of Ikabod and Tisoy) and became his mentor.  He didn’t have formal art training from Art Schools but was trained and got pointers and techniques from legendary cartoonists Larry Alcala and Roni Santiago.
Through the years of doing cartoons and comic strips, Tonton received numerous awards and recognitions here and abroad. In 2004, he was the Grand Award Recipient in the Catholic Mass Media Award for Best Comic Strip and won grand prizes in cartoon contests held in USA, Japan and Thailand. He also did several art exhibits in Japan, Singapore and Korea.  Tonton is currently based in New Jersey, USA and is teaching cartoons at an Art School for Kids and an editorial and comic strip cartoonist in Express, NY edition and Periodico, Canada edition. Pupung comics strip still appears in The Manila Bulletin.  “Nothing beats the good old newspaper”, Tonton expressed when asked about his take on digital and web-based comics. He’s not against modern-day comics but he doesn’t think it can totally replace the conventional way of reading it on a comic book or newspaper.
When asked about his most rewarding project in his professional career, Tonton shared his fave summer activity when he was still in the Philippines – a Cartoon Workshop for Kids with his fellow cartoonist friends every year during summer. “It’s a great feeling to pass on what I’ve learned from the ‘masters’ and teach them to create a good, wholesome comic strip”.  A lover of children as his works show, a part of Tonton will forever stay young.
His advice to aspiring comic strip cartoonist, “Keep on drawing and creating different characters and stories to improve your craft. Don’t stop trying.” He remembers a fan who asked for his advice when he was starting cartooning; he is now a cartoonist in the Manila Bulletin and several Filipino Comics, William Contreras (Tok en Mol). 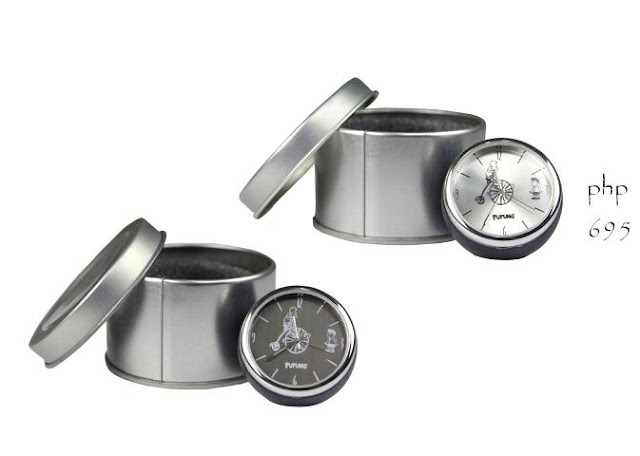 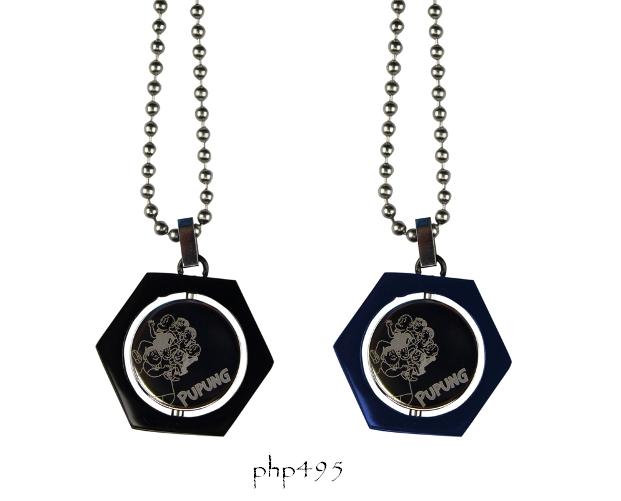 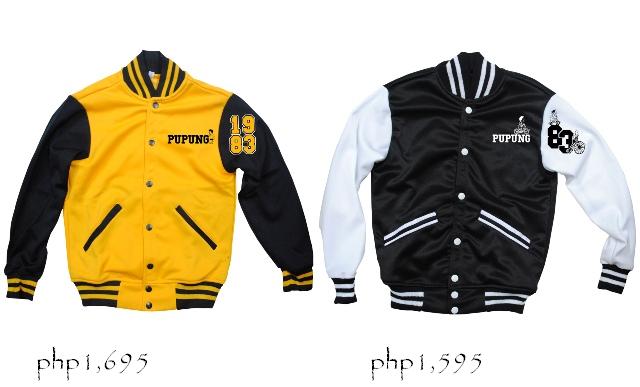 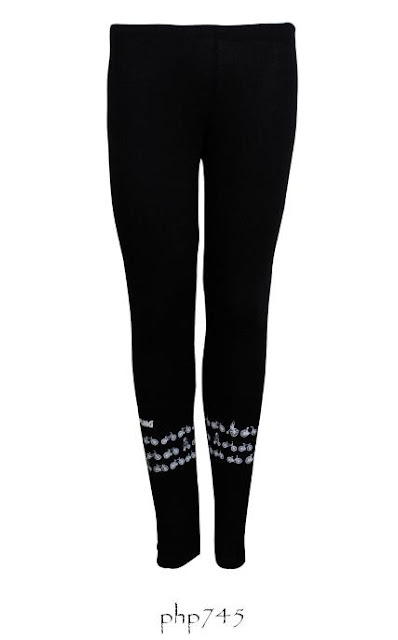 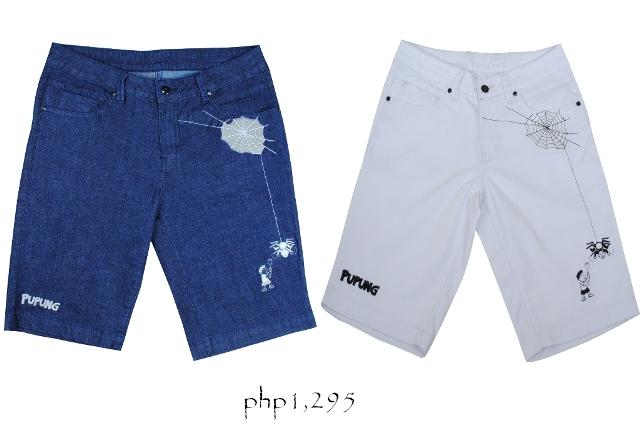 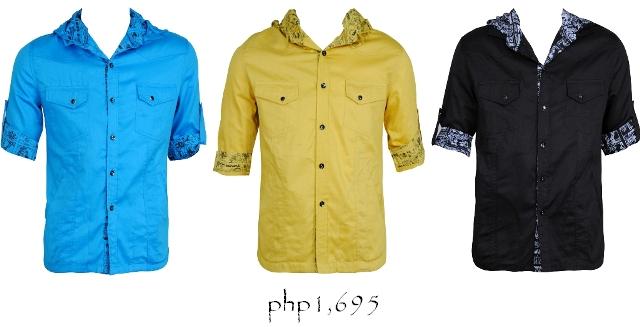 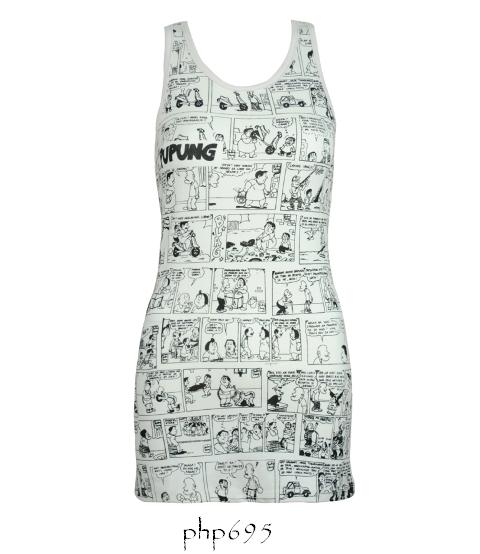 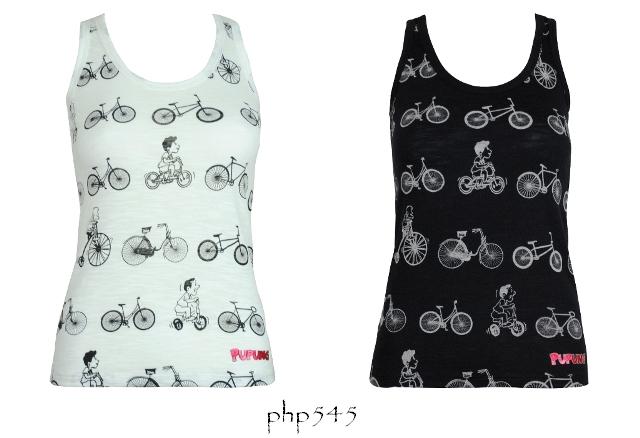 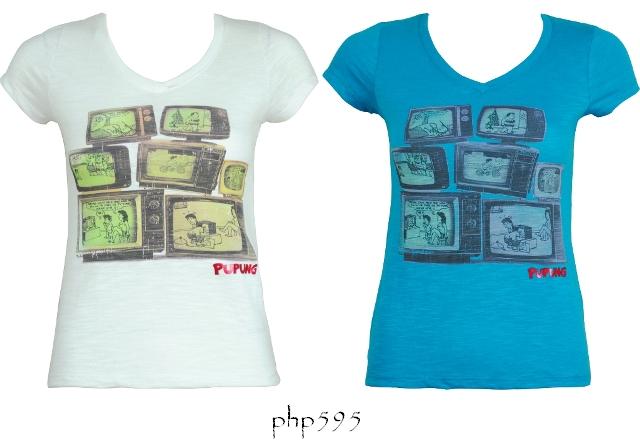 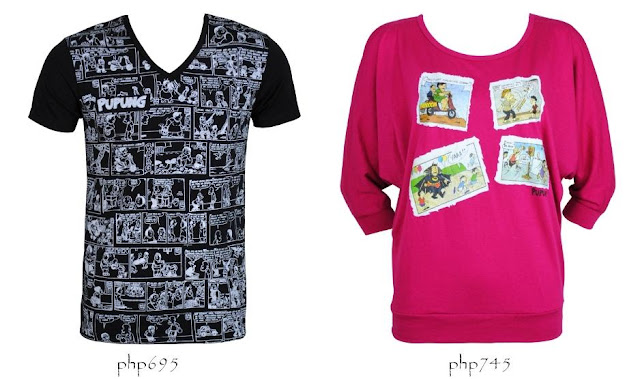 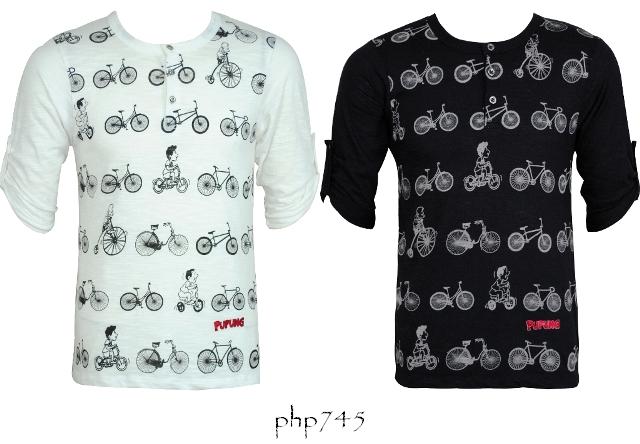 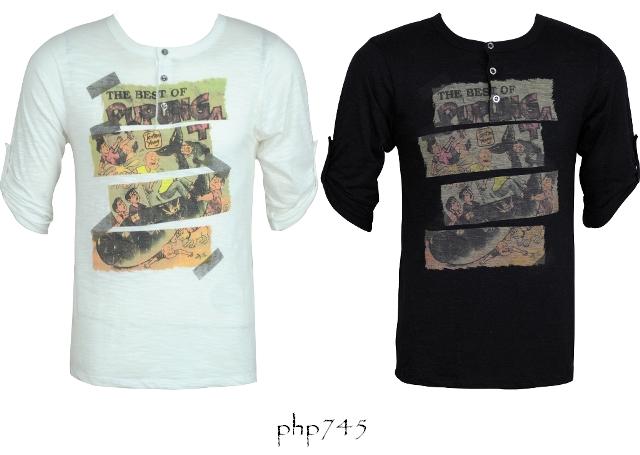 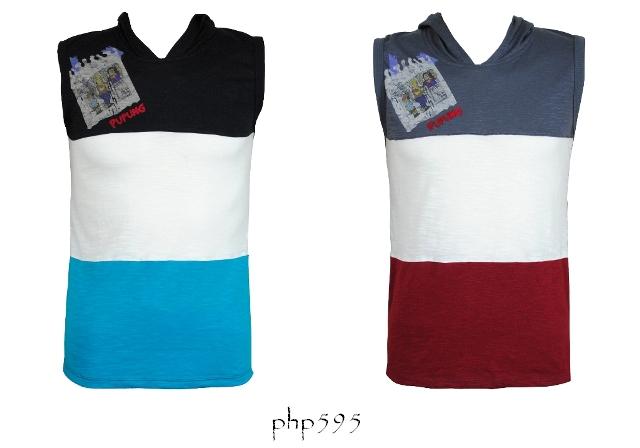 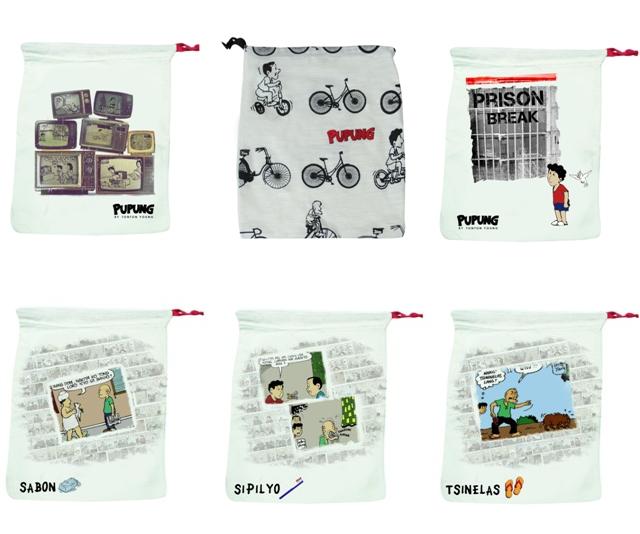 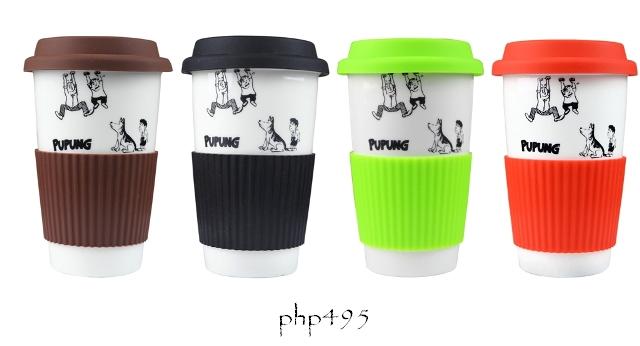 About Pupung
Pupung was created in 1983 by Tonton Young and he was real. The real-life Pupung is Tonton’s 6-year old nephew, Jeff Young with a nickname Pupung. He chose the name Pupung for his comic strip title because it sounds cartoon.  Pupung dad’s was created after his likeness in basketball. Just like Daddy, Tonton is a big basketball fan and was a self-confessed basketball buff during his teen years.
The comics strip revolves around the family of Pupung and their hilarious adventures. The story is based on Tonton’s everyday life, tending to his family’s restaurant business (like Lolo Dom and Dad), play basketball on weekends (just like all the characters in Pupung).  The comics strip focuses on Philippine pop culture, fascination with basketball as well as business trends and rarely tackles political issues.  Pupung became popular for its punchlines and the humor used in the strip is lighter than other Filipino comic strips which gives it a family-oriented theme.  Up to this day, Pupung appears in Manila Bulletin and continues to make Pinoys laugh everyday.

About Solo’s  Online Model Search 2012
Following Solo’s tradition, the collection will be celebrated with a simultaneous launch of its Online Model Search, now bigger and more exciting on its 4th year! Starting September, the search is on for two new faces of Solo to be officially unveiled in the Spring of 2013. Visit www.solo.com.ph for contest details.

Previous years’ winners reflected the personality of the brand – young, hip and bold. Jaggy Tallada and Joanna Flor in 2010, Mehran Khaledi and Phoebe Rutaquio in 2011 & Edward Espinola and Sophia Balagat in 2012. This year, Solo is excited and all geared up and looking forward to finding the next faces of the brand.

Solo Online Model Search contestants can enter by visiting Facebook www.facebook.com/mySoloOnline or via website www.solo.com.ph.  Entrants must complete the entry form and submit their creative photo entries wearing any apparel Solo x Pupung collection. See complete contest details and rules by logging on the Facebook. Contest and voting period starts September 1 until November 30. Grand Winners will receive cash prizes and gift certificates from Solo, fabulous photoshoot for a year and will be featured in all Solo stores in 2013.

Also, check out Behind the scenes video of Pupung shoot:
http://www.youtube.com/watch?v=zNvVp1TmbR0