I think everyone is marking and saving their June 25 for the opening of the much awaited, action-packed Transformers : Age of Extinction movie! And I'm one of them, hehe! Really can't wait for the 4th installment of Transformers!

And speaking of Transformers, I had a privilege to attend the Transformer's Media Launch held at SM Mall of Asia, Atrium. 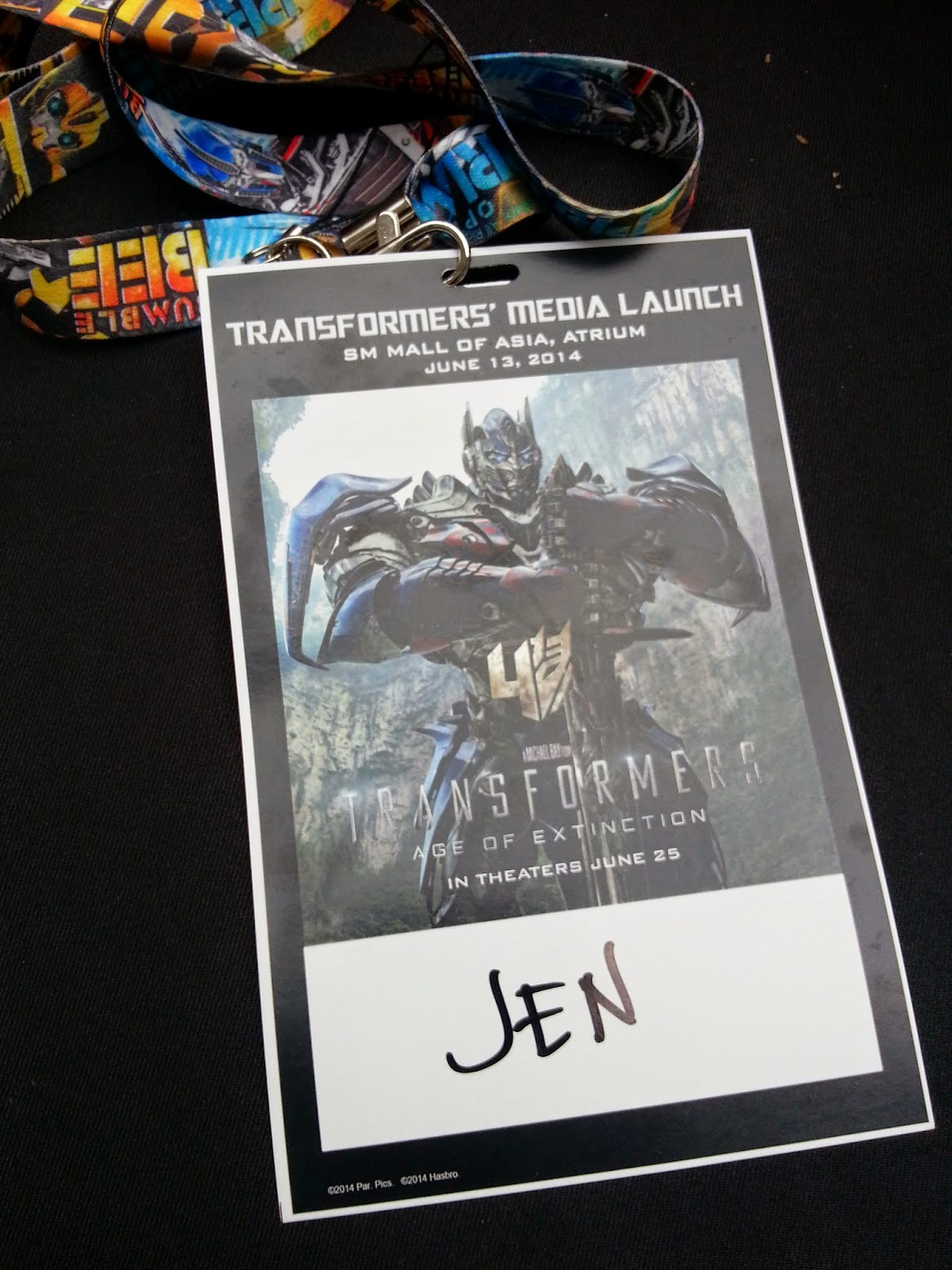 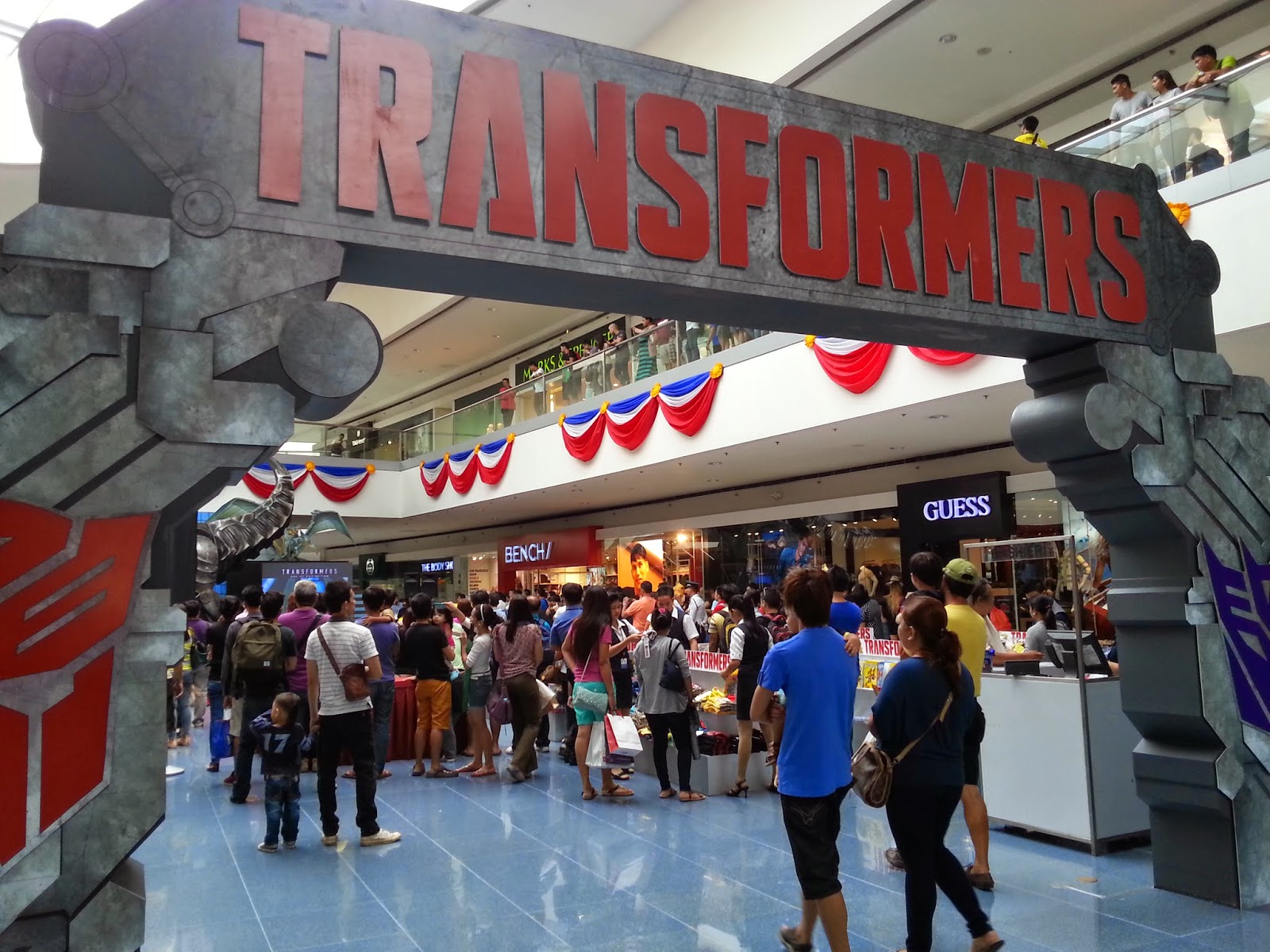 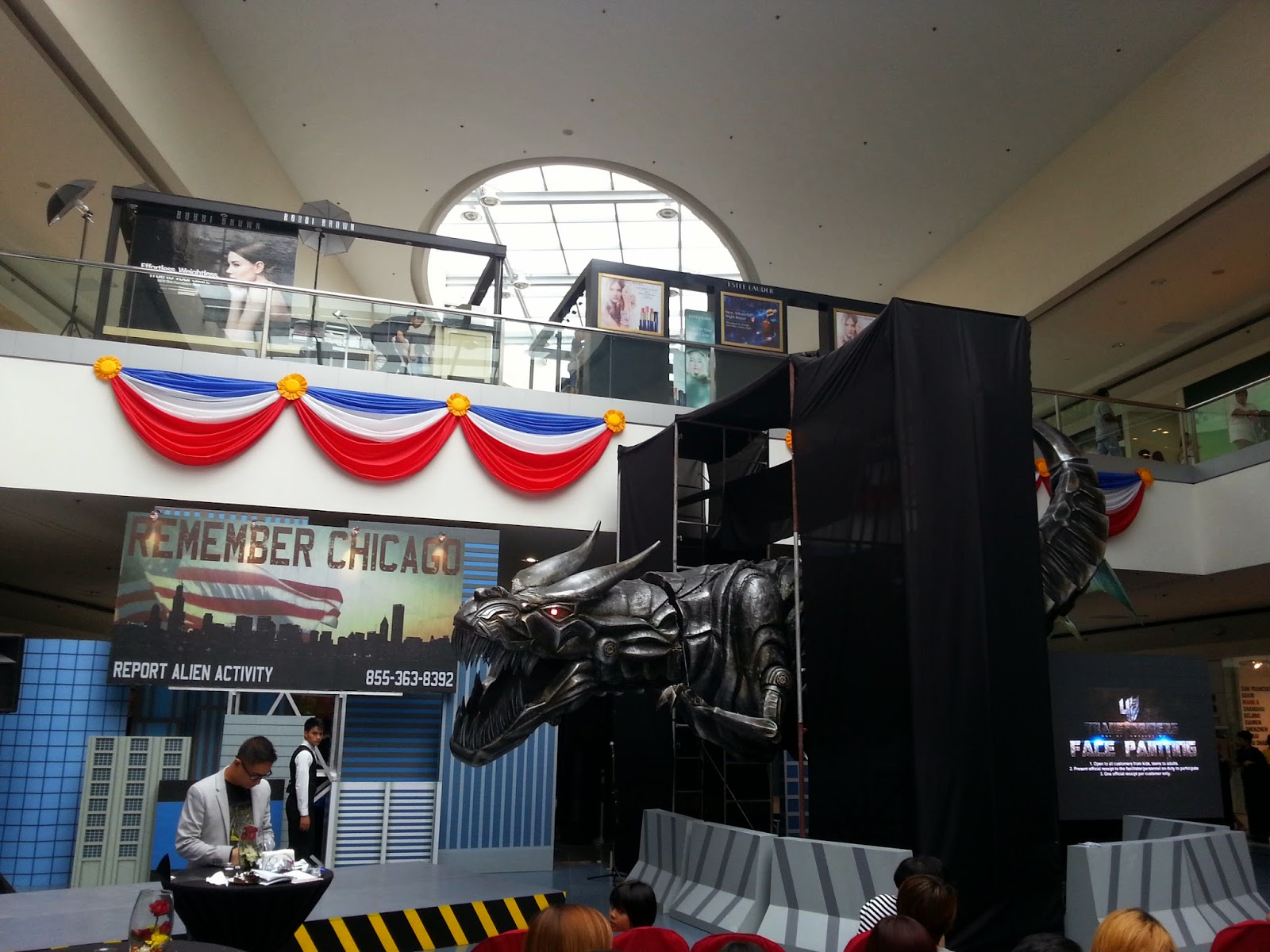 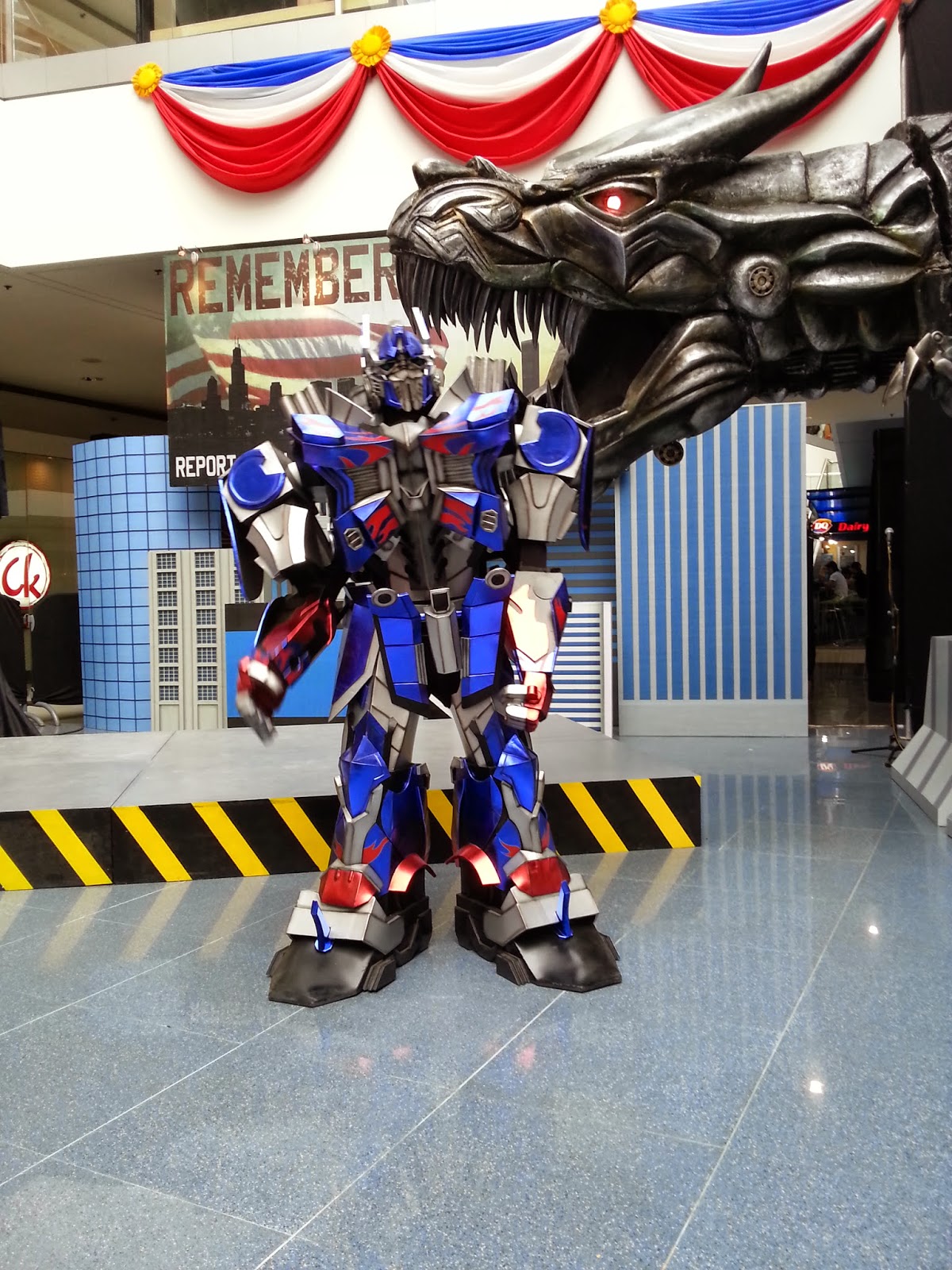 And for the 1st time in Oreo history, during the media launch, Oreo announced its partnership with Transformers and they also released the latest, limited edition of Transformers themed packaging. 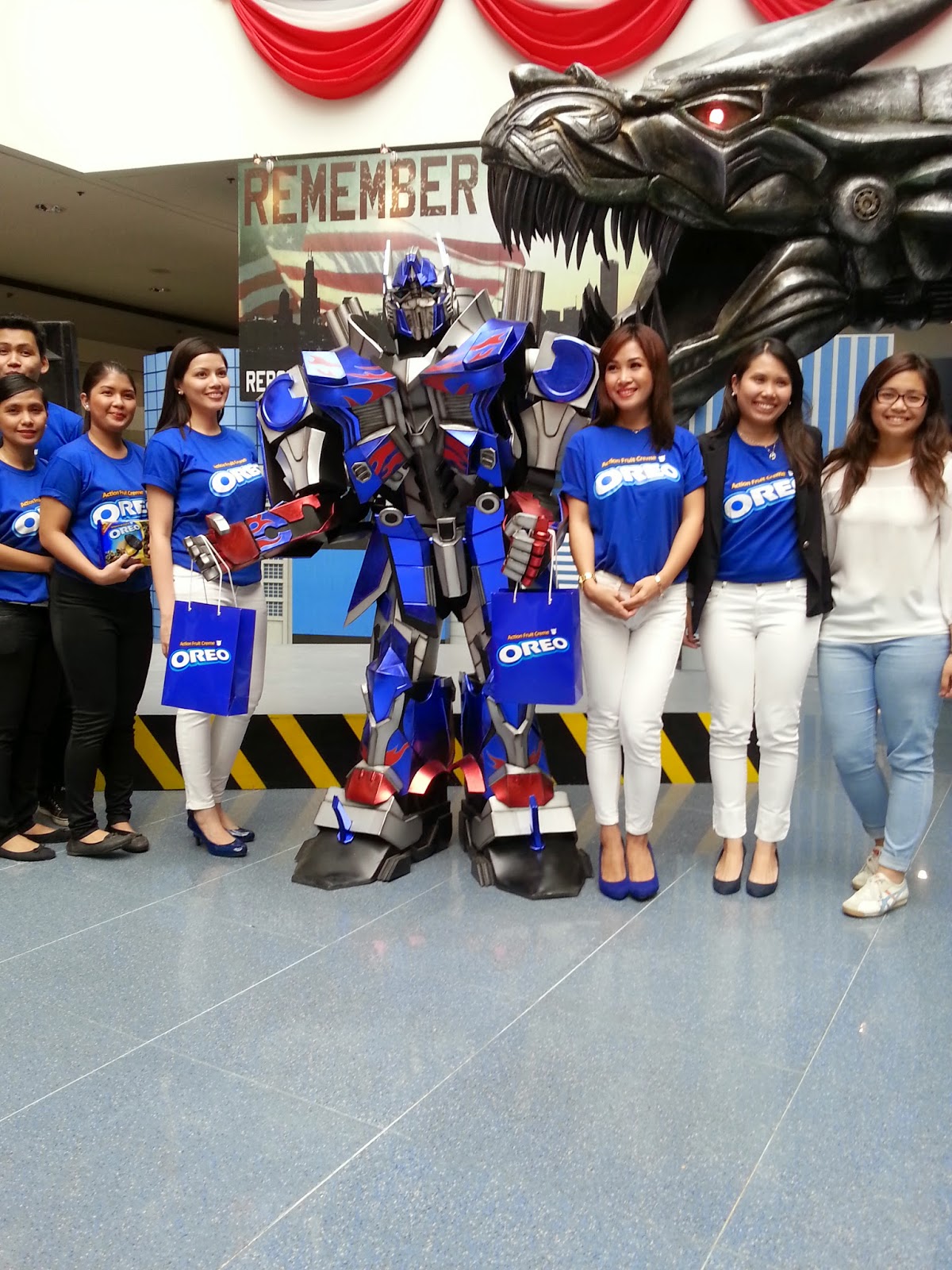 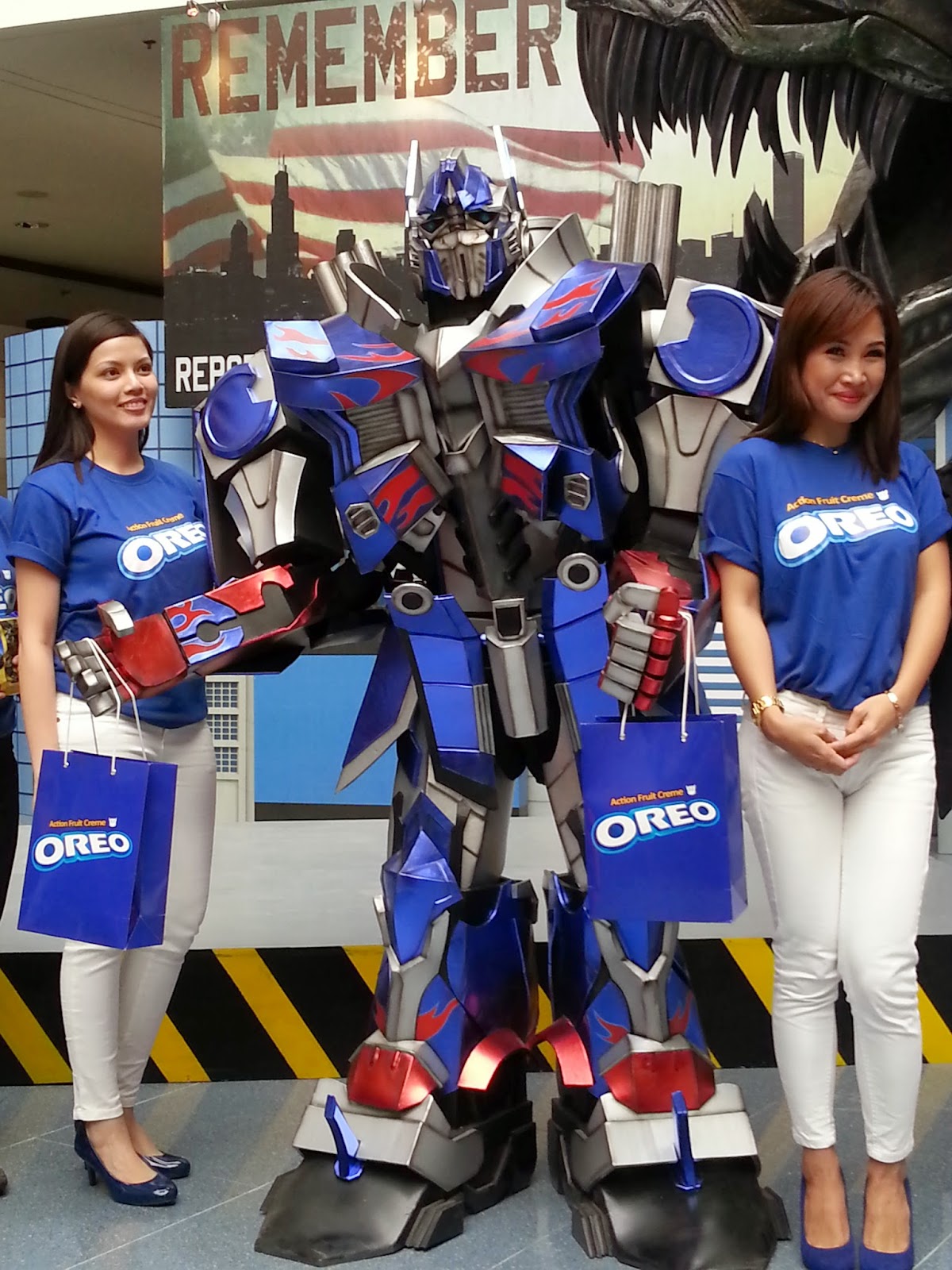 When you buy the 9 packs of Oreo you'll get free 6 stickers. You can now have a chance to join the contest at www.OreoTransformers4.com. A Transformers experience of a lifetime and exciting merchandise await!

The OREO team has created one of the most integrated and innovative Transformers partner campaigns for the movie franchise to date,” commented LeeAnne Stables, Executive Vice President of Worldwide Marketing Partnerships at Paramount Pictures. “We were fortunate to have Michael Bay dedicate the time, while still in production on 'Transformers: Age of Extinction,' to personally direct the new OREO television campaign, which Transformers movie fans around the world will no doubt love to see.

Collect all stickers from classic flavors such as chocolate and vanilla 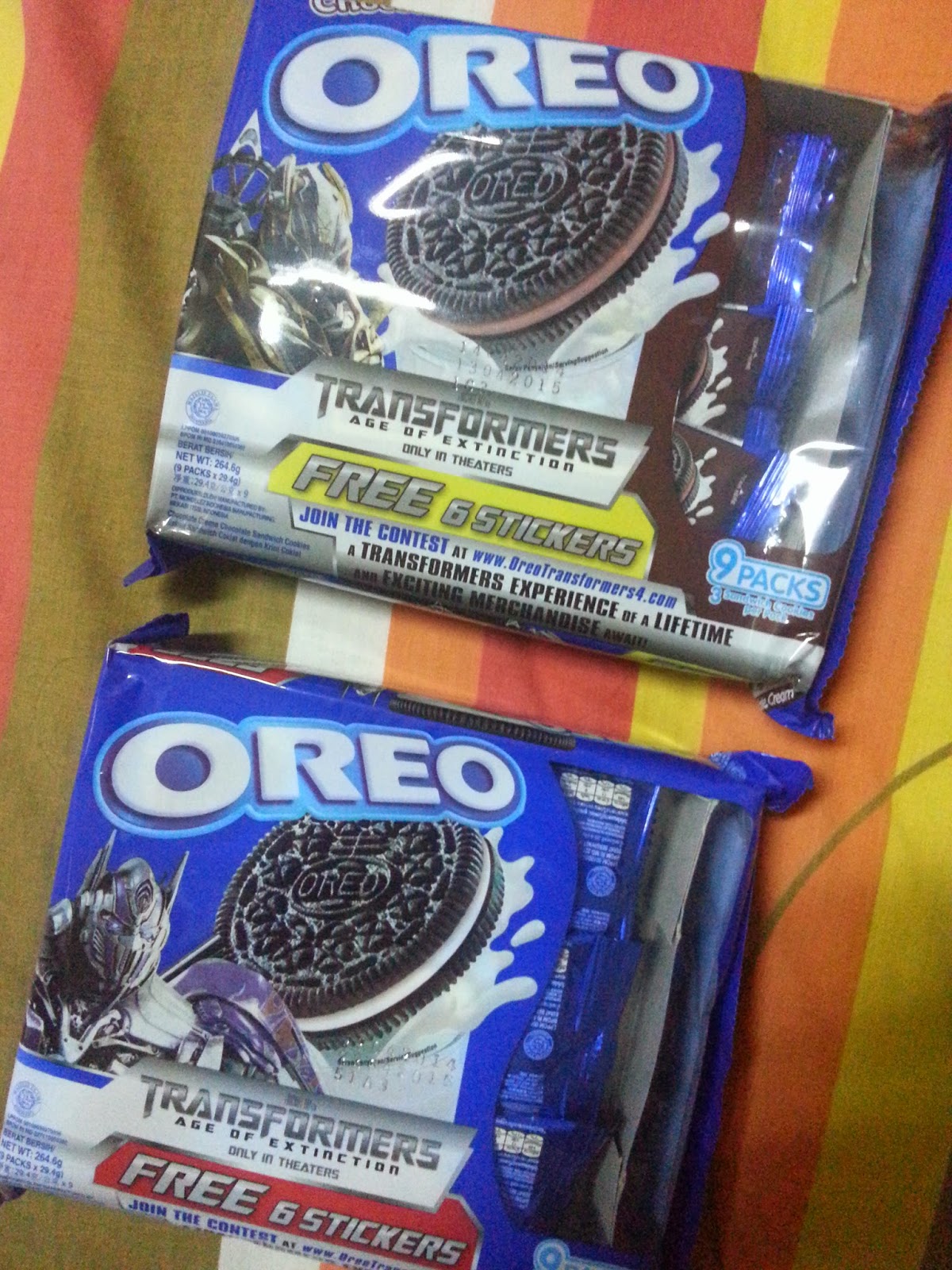 And the 2 limited edition flavors to try! 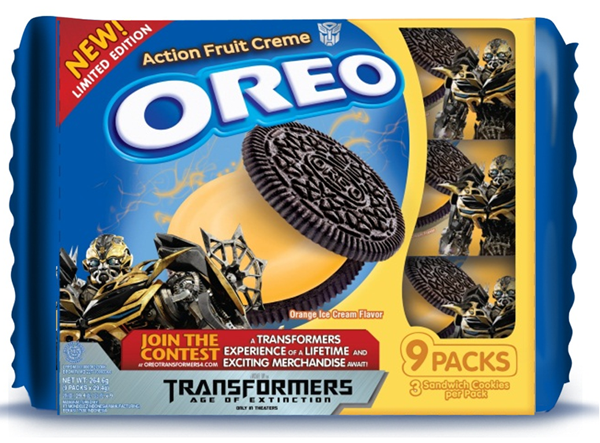 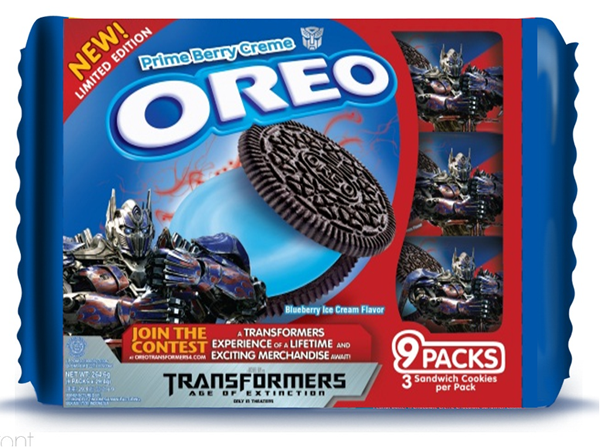 Oreo cake! I want this for my birthday!!! 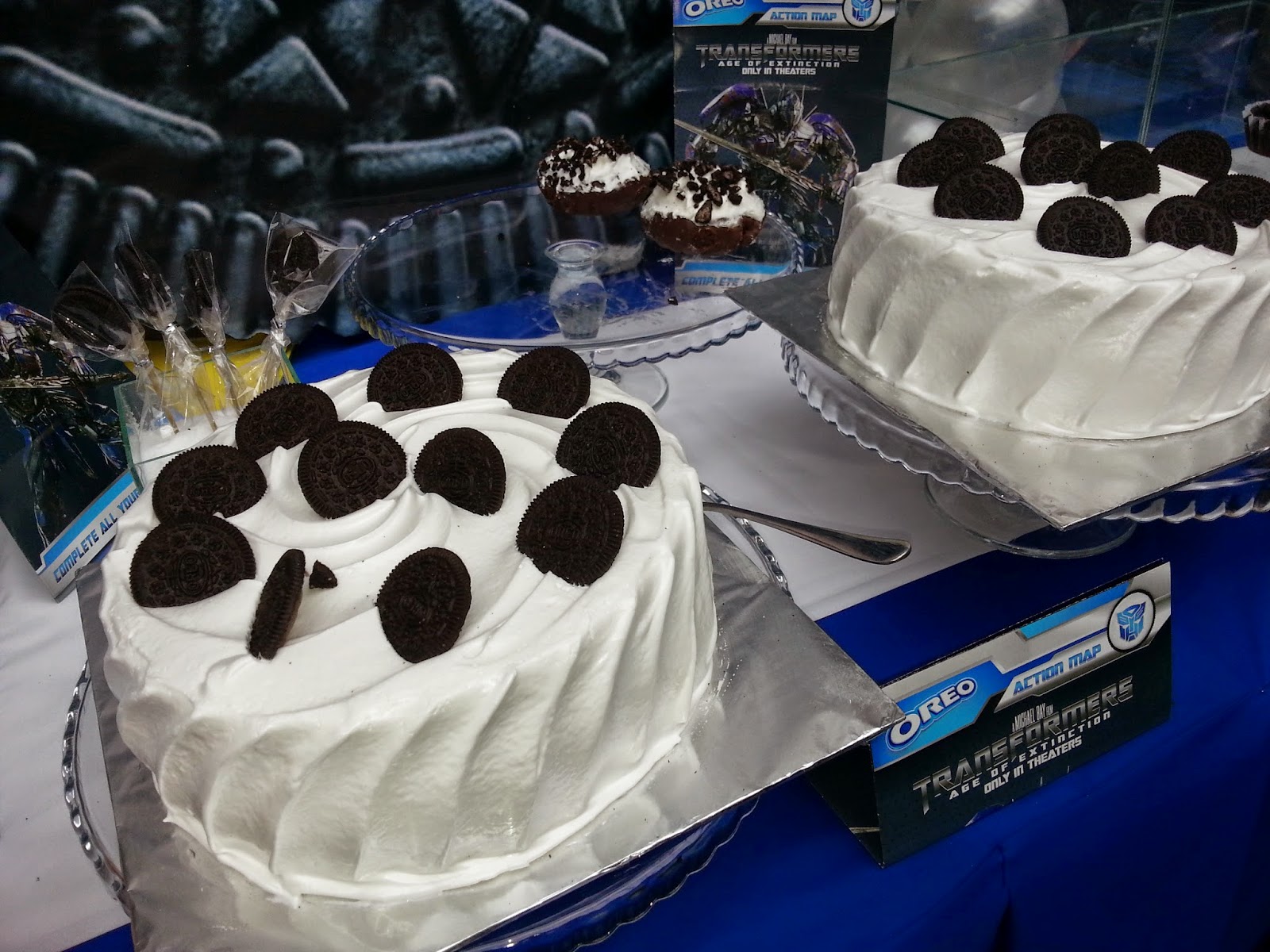 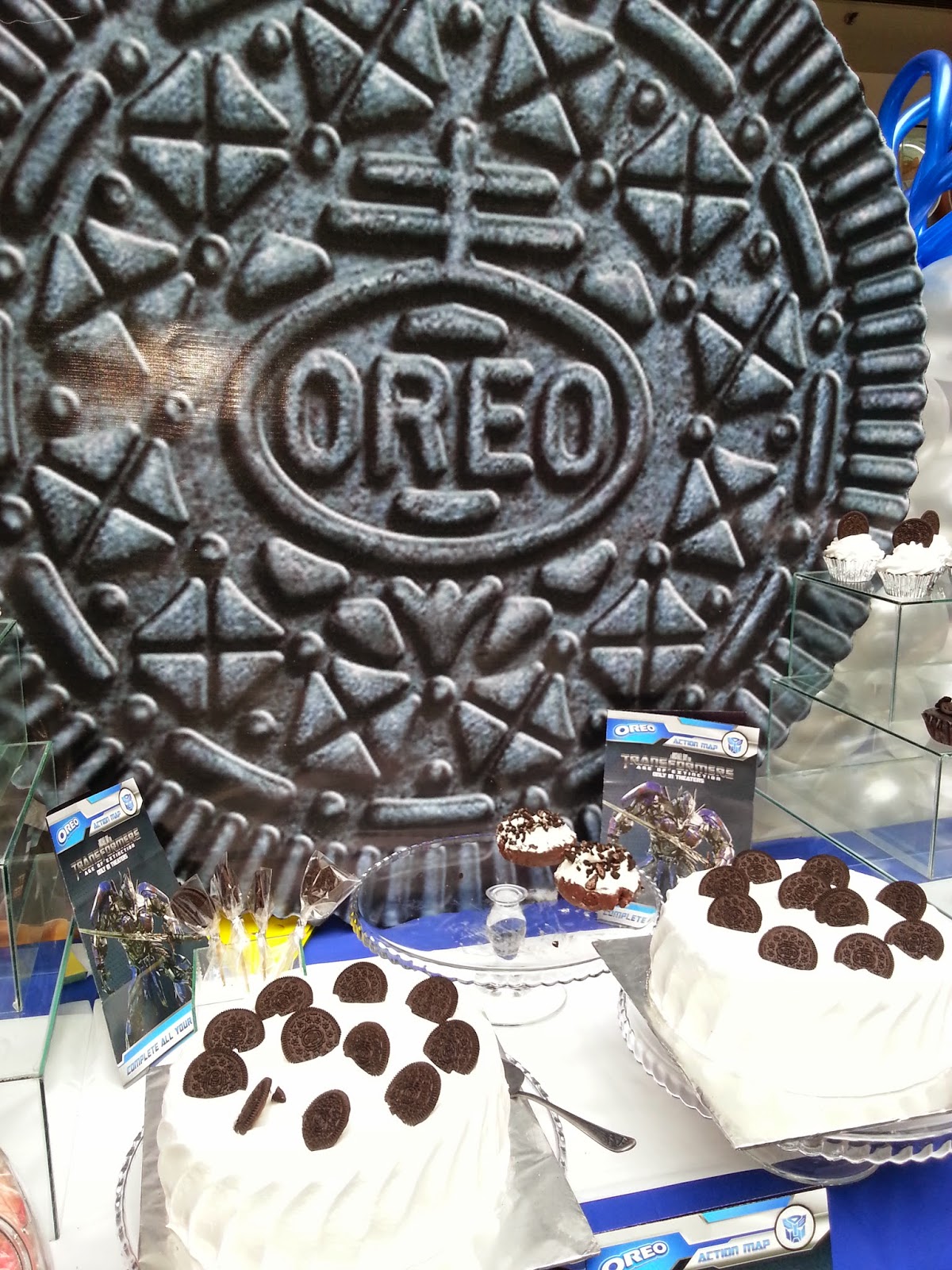 You can also visit SM Mall of Asia, Atrium and have your picture taken with Bumblebee! Bumblebee will be waiting for you until June 26! 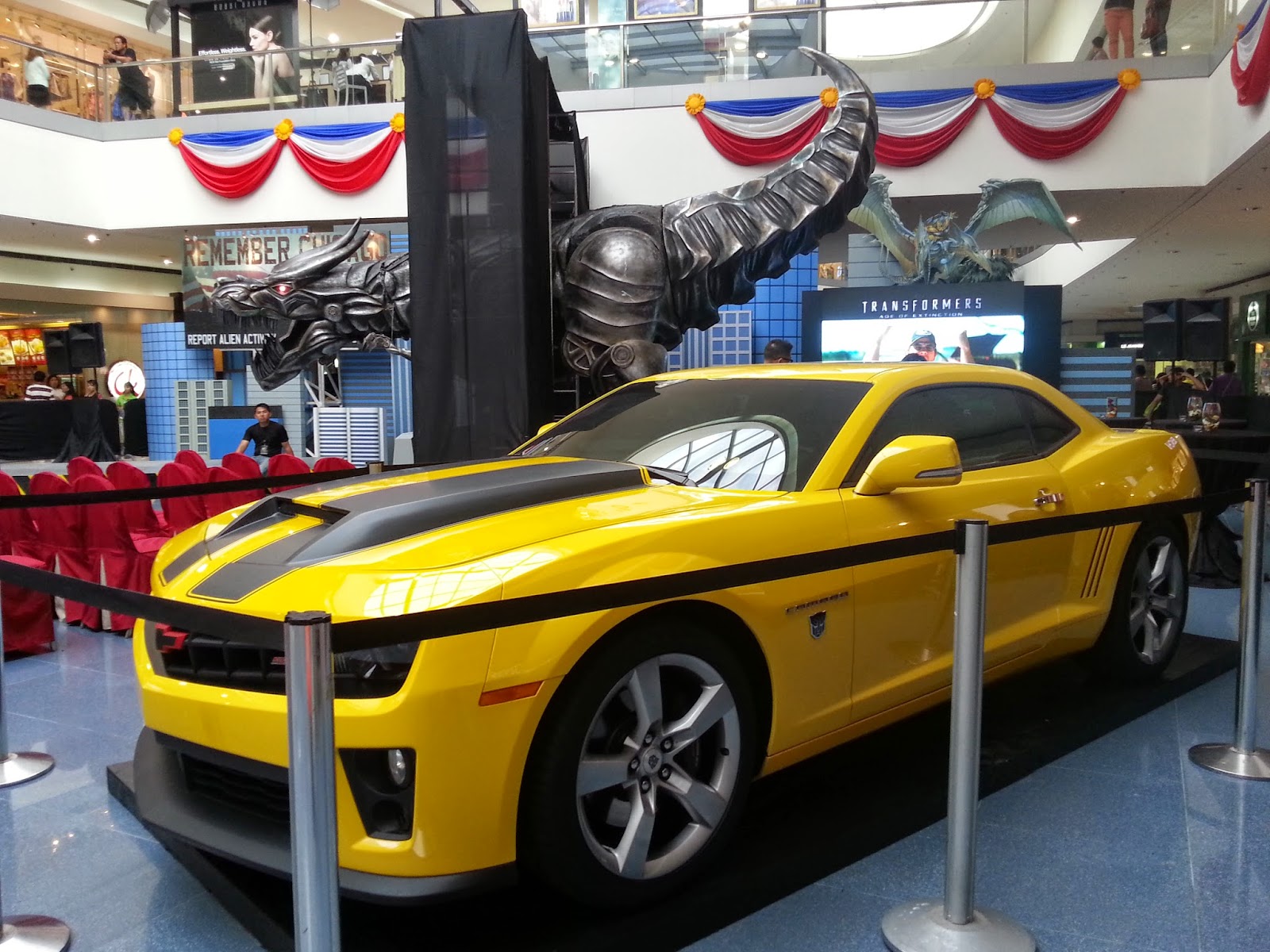 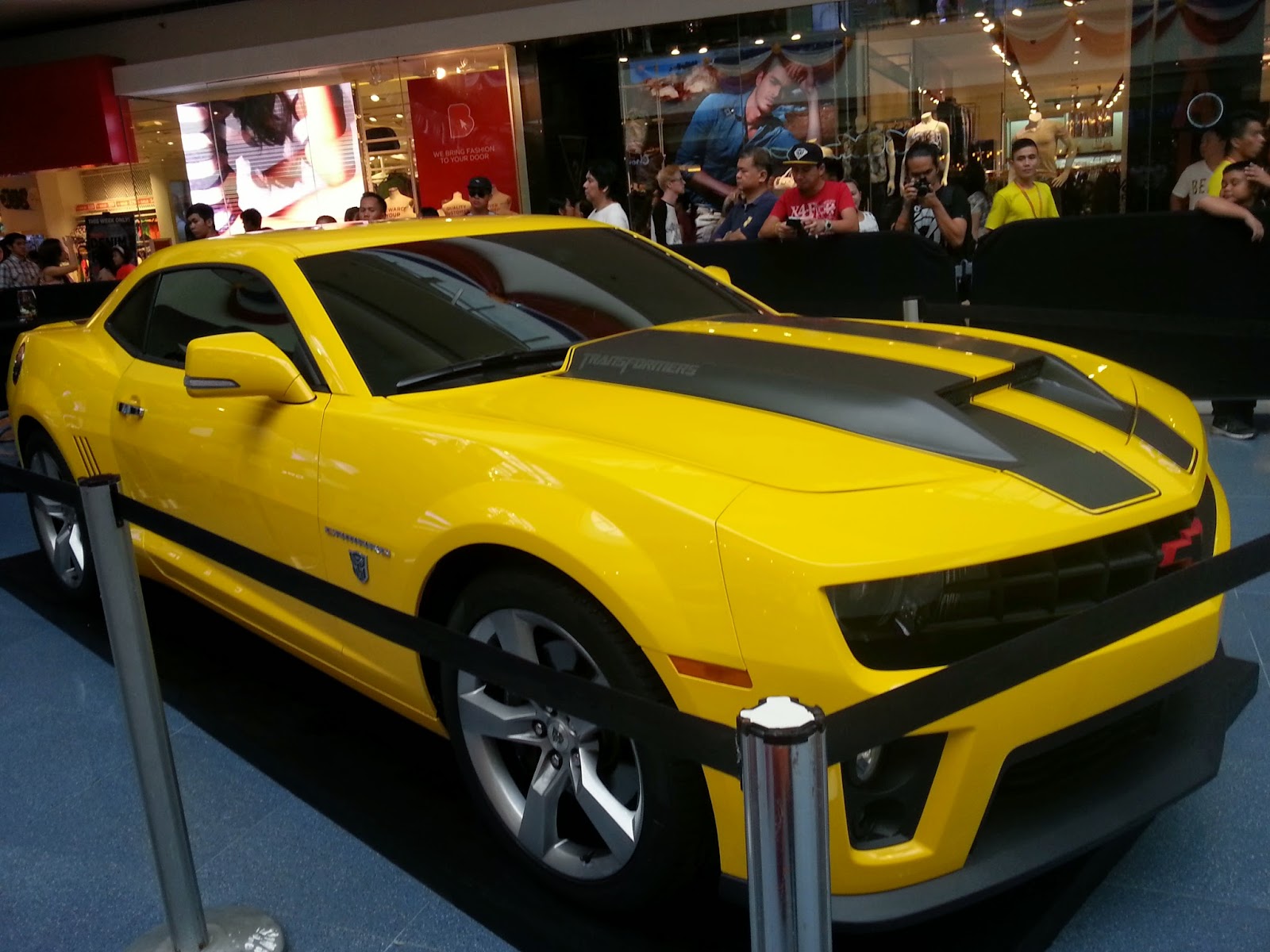 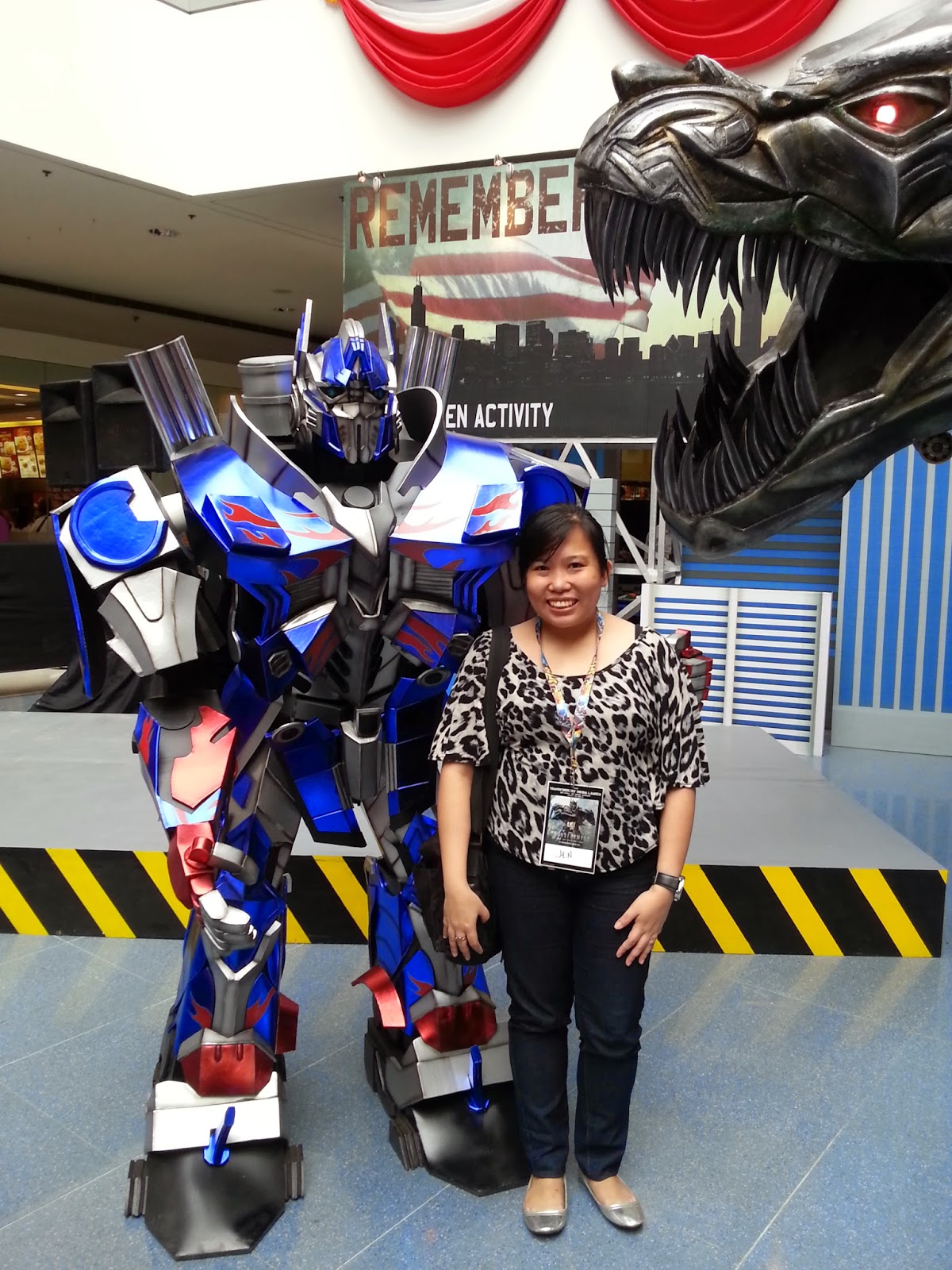 A must watch Oreo commercial of Transformers 4! The TV campaign will bring the OREO brand into the world of Transformers.  Directed by Michael Bay, in collaboration with ad agency The Martin Agency, the spot shows how an OREO cookie provides a moment of support as the giant Transformers robot carries on in the fight for good.  Titled “Little Help,” the spot will air in over 15 markets, including the Philippines.

Don't forget to catch Transformer 4: Age of Extinction this June 25! 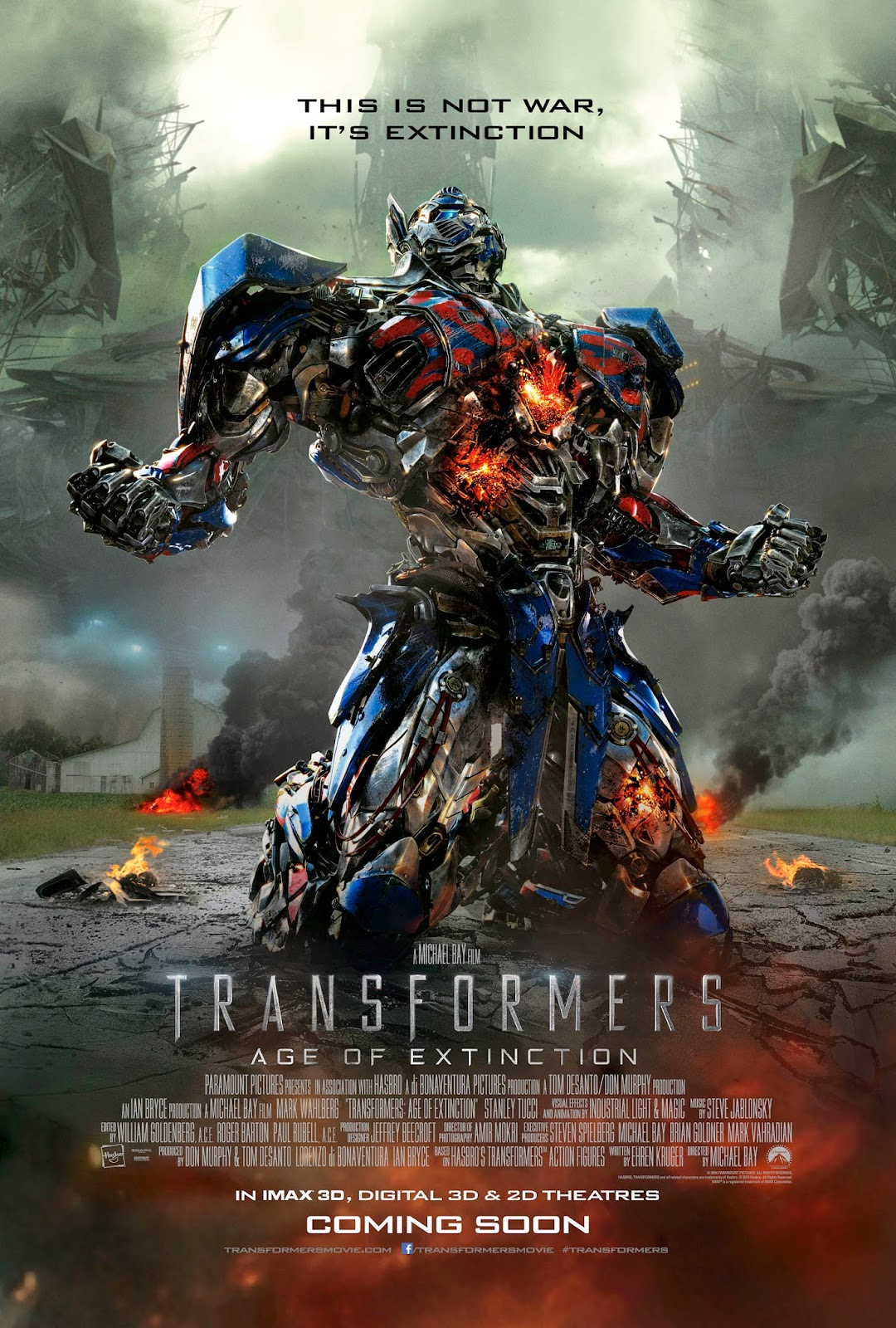 The global deal between Mondelēz International, the parent company of Mondelez Philippines, OREO and Paramount Pictures was negotiated and executed in collaboration with LiquidThread, the brand content division within SMG’s MediaVest.

For more updates and info, please visit this site www.oreotransformers4.com

The Oreo cake looks yummy! I can't wait to watch the movie with my son. :)

My kids can't wait for the movie to come out! The new Oreo flavors would be a good baon for the kids, too.