Sharp calculators was my partner during my high school years up to college years(I took up business management). It was my constant accessory in my bag. And now, Sharp calculators are looking for 2015 Ten Outstanding Young Mathematicians!

Six years ago, Sharp Calculators through Collins International Trading Corporation launched the SHARP Minds Program to help uplift the standard of education in the Philippines particularly in teaching Math subjects. 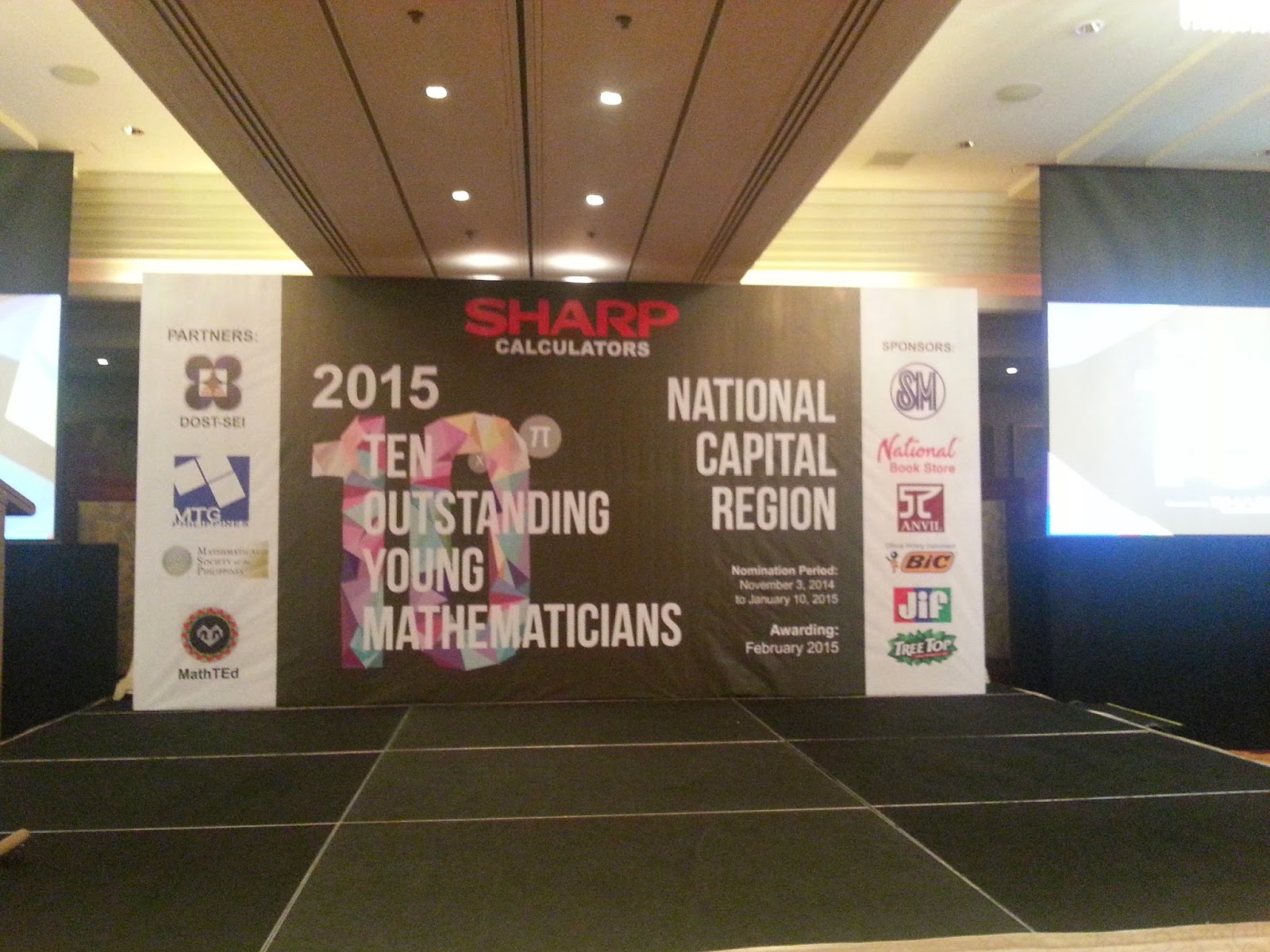 The press launch was held at Makati Shangri-La and was hosted by one of my fave reporter, Atom Araullo. 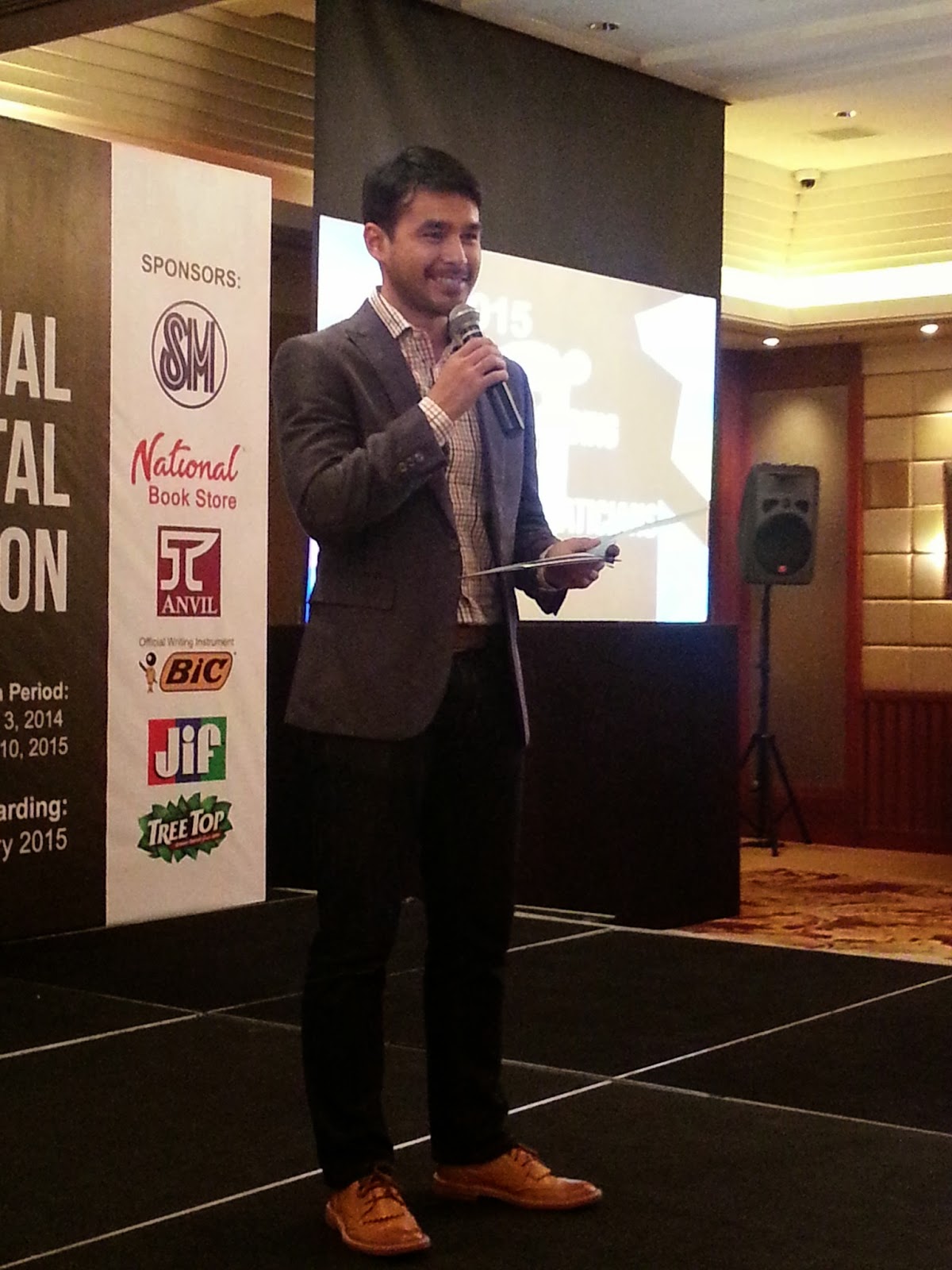 The search is open to all public and private high school students in the National Capital Region who have completed at least two years of high school. They must be Filipino citizens, either naturalized or born. The nominee must be among the Top 3 students in math as certified by the school principal and the award will be based primarily on the nominee’s performance on national and international competitions.

The Deliberation/ Final interview of finalist will be conducted by representatives from Department of Education NCR, DOST-SEI, MTG Philippines, MSP, MathTed 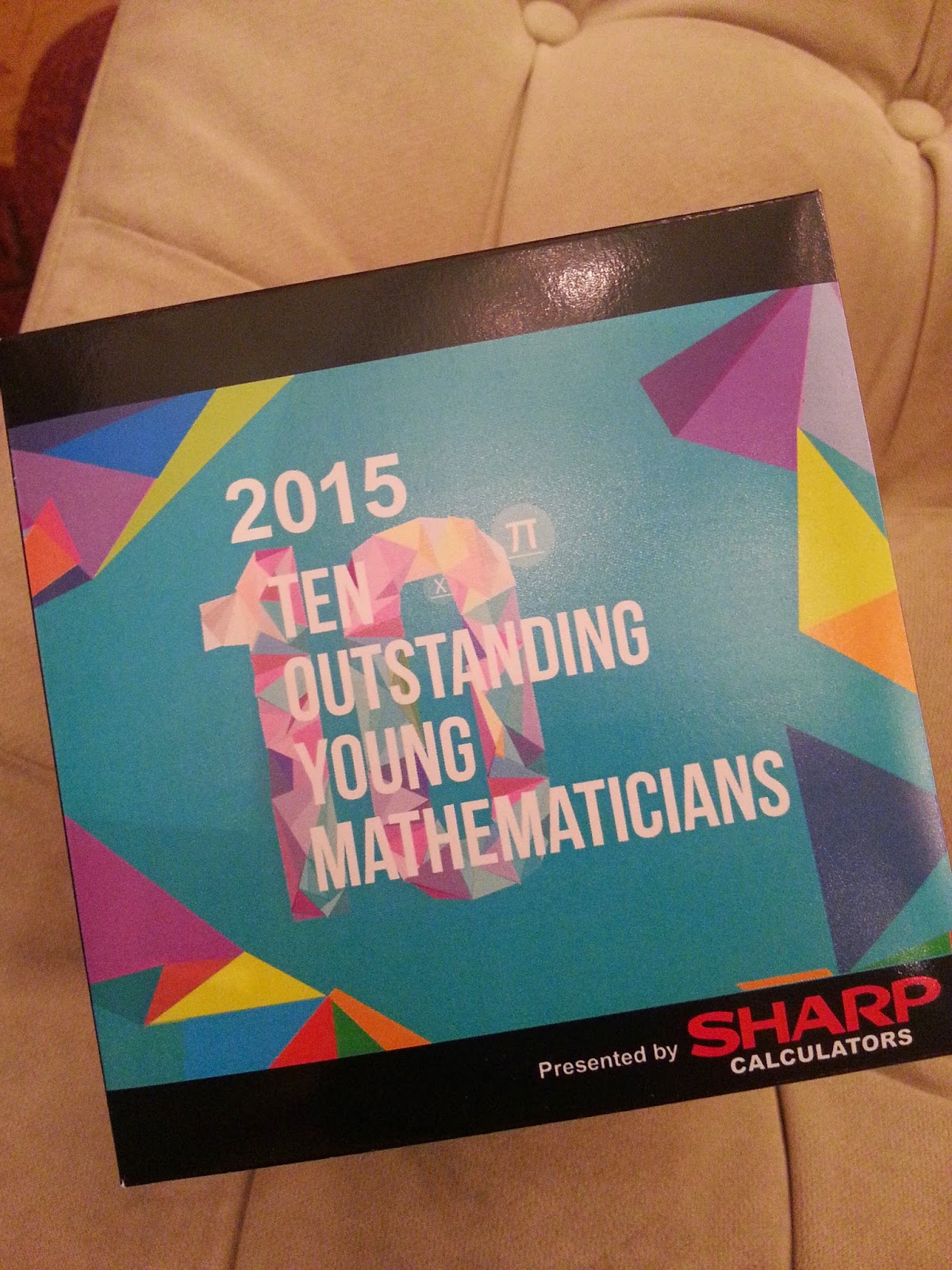 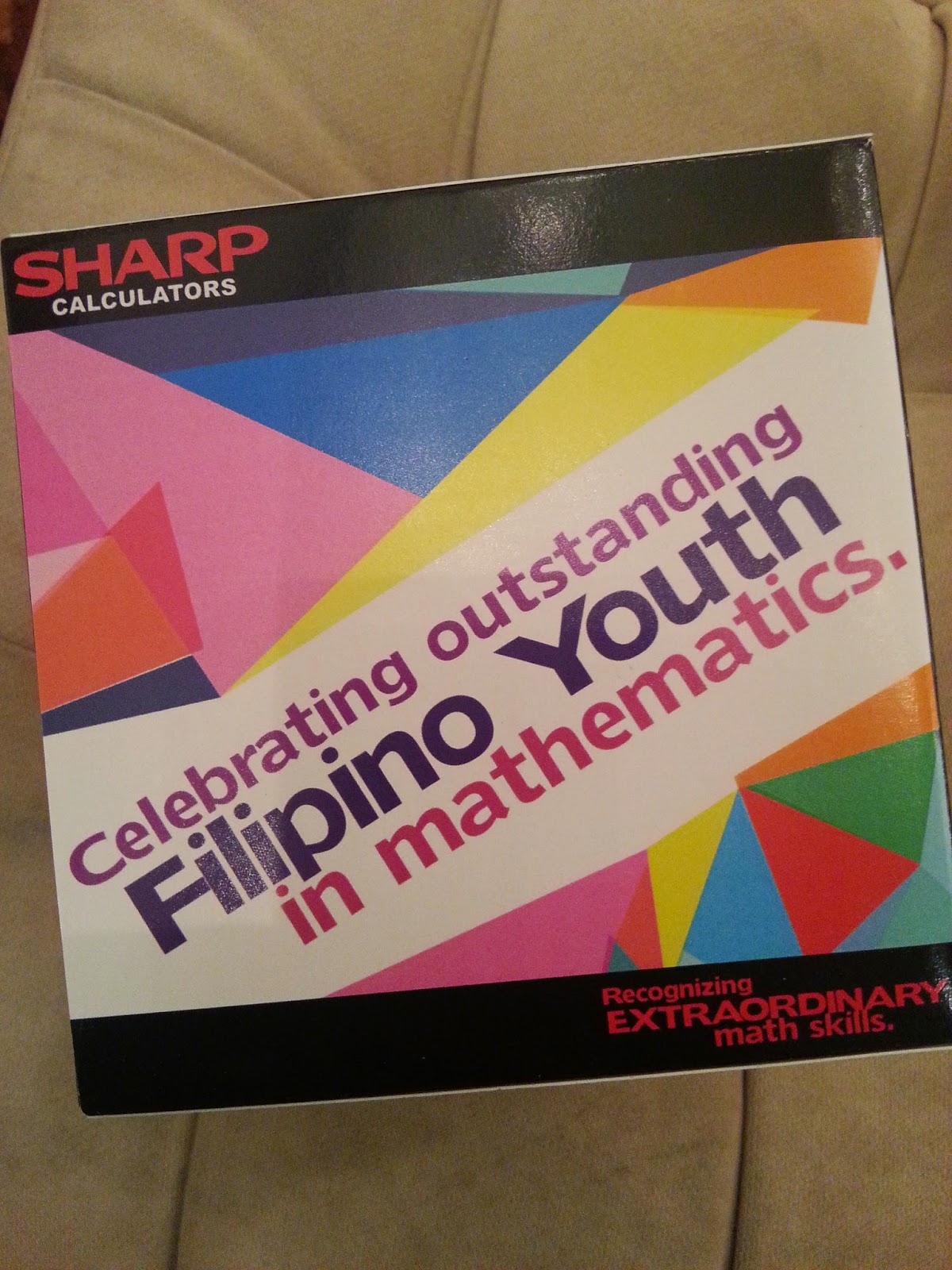 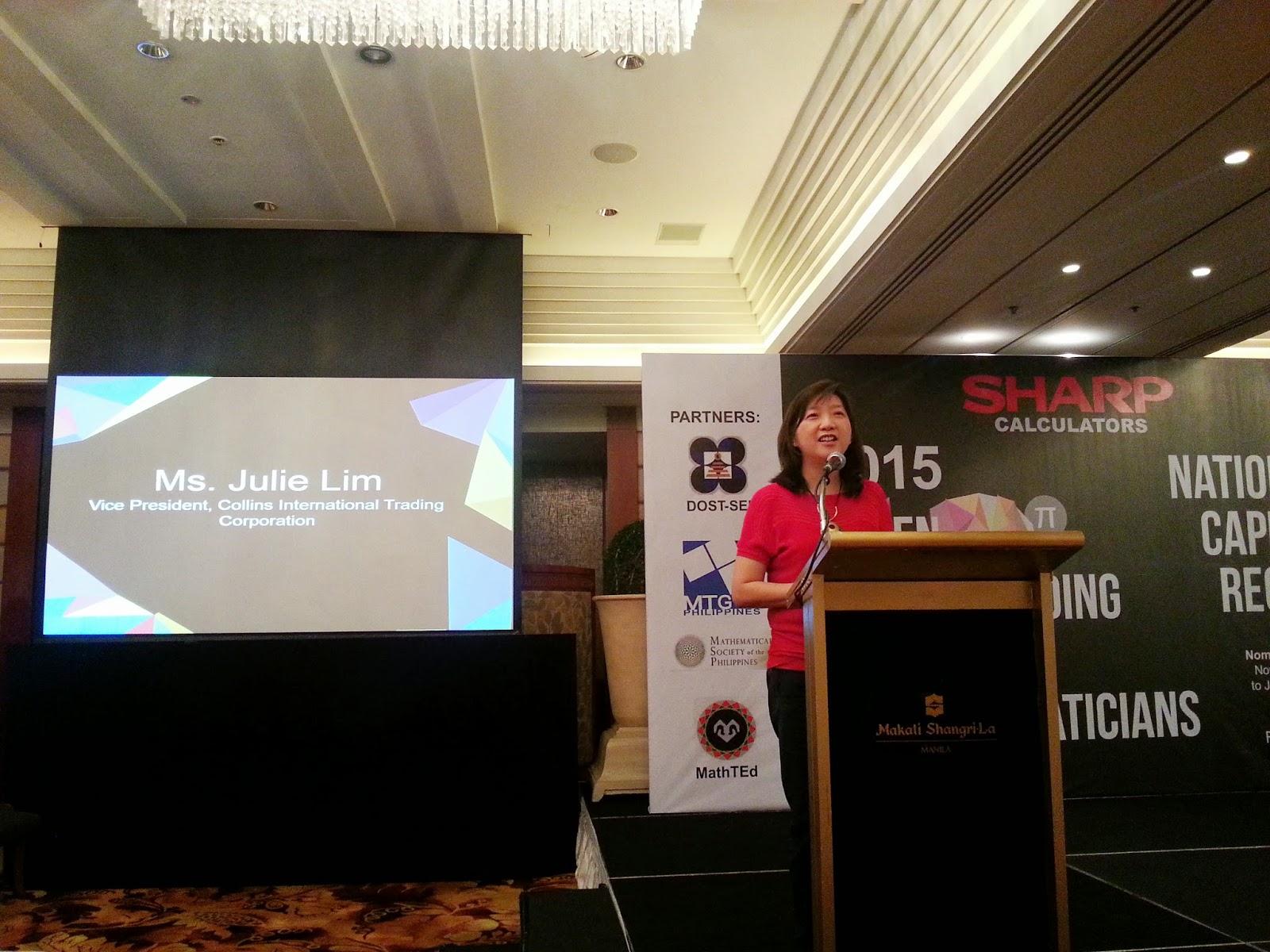 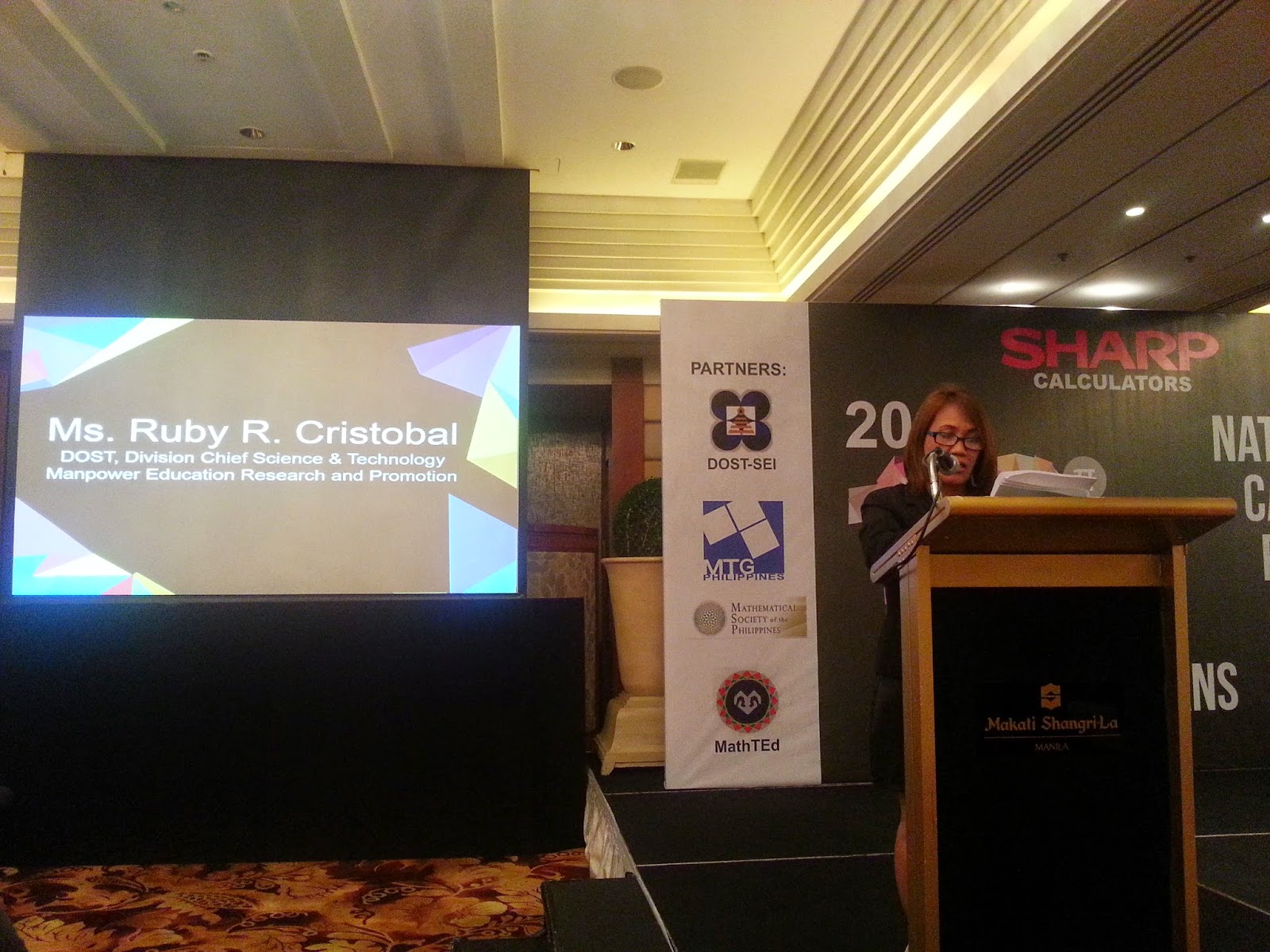 “With TOYM Awards, Sharp Calculators aims to foster the academic excellence of the Filipino Youth in Math as we recognize their extraordinary math skills to motivate them further in becoming the future think tanks of this country. We also hope to raise the status of mathematics in society -- to stimulate the interest of the students, the academic and the general public to the significance of Math in the development of the society,” said Collins International Trading Corporation’s Assistant Vice President Mr. Lucero Ong.

“Notable Filipino mathematicians such as Raymundo Favila, Casimiro del Rosario, Gregorio Y. Zara, Amador Muriel, Tito A. Mijares and Jose A. Marasigan have all been recognized for their contributions to diverse fields of physics, astronomy, biophysics and biotechnology. Who knows maybe the next great Mathematician would be among our TOYM awardees,” Mr. Ong added. 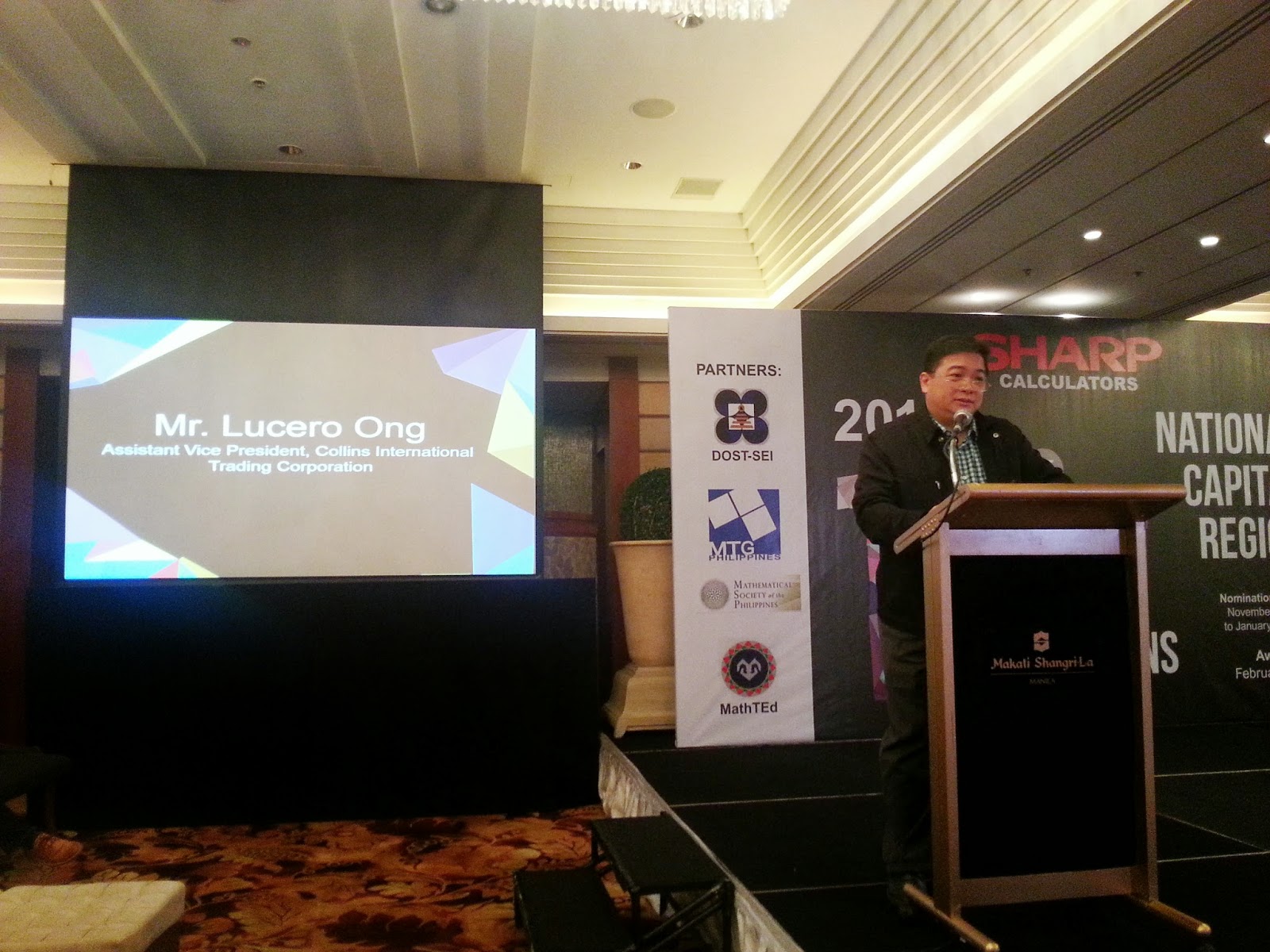 The TOYM awardees will be the first batch of Sharp Calculators’ Youth Ambassadors that will inspire and encourage the Filipino youth to strive and achieve academic excellence through school tours and mathematics symposiums. They will be receiving plaque of excellence, cash prizes and gifts from Sharp Calculators and sponsors.

Nomination Mechanics:
- Open to all public and private high school students in the National Capital Region who have completed at least two years of high school. They must be Filipino citizen either naturalized or born.
- Nominee must be among the Top 3 students in math as certified by the school principal.
- The award will be based primarily on the nominee’s performance on national and international competition. These competitions must be recognized by the Department of Education or Department of Science and Technology.
- Presentations or publications of original work in mathematics are desirable.
- Students who contribute to the promotion of Mathematics and show leadership skills are desirable. - Good moral character will be considered 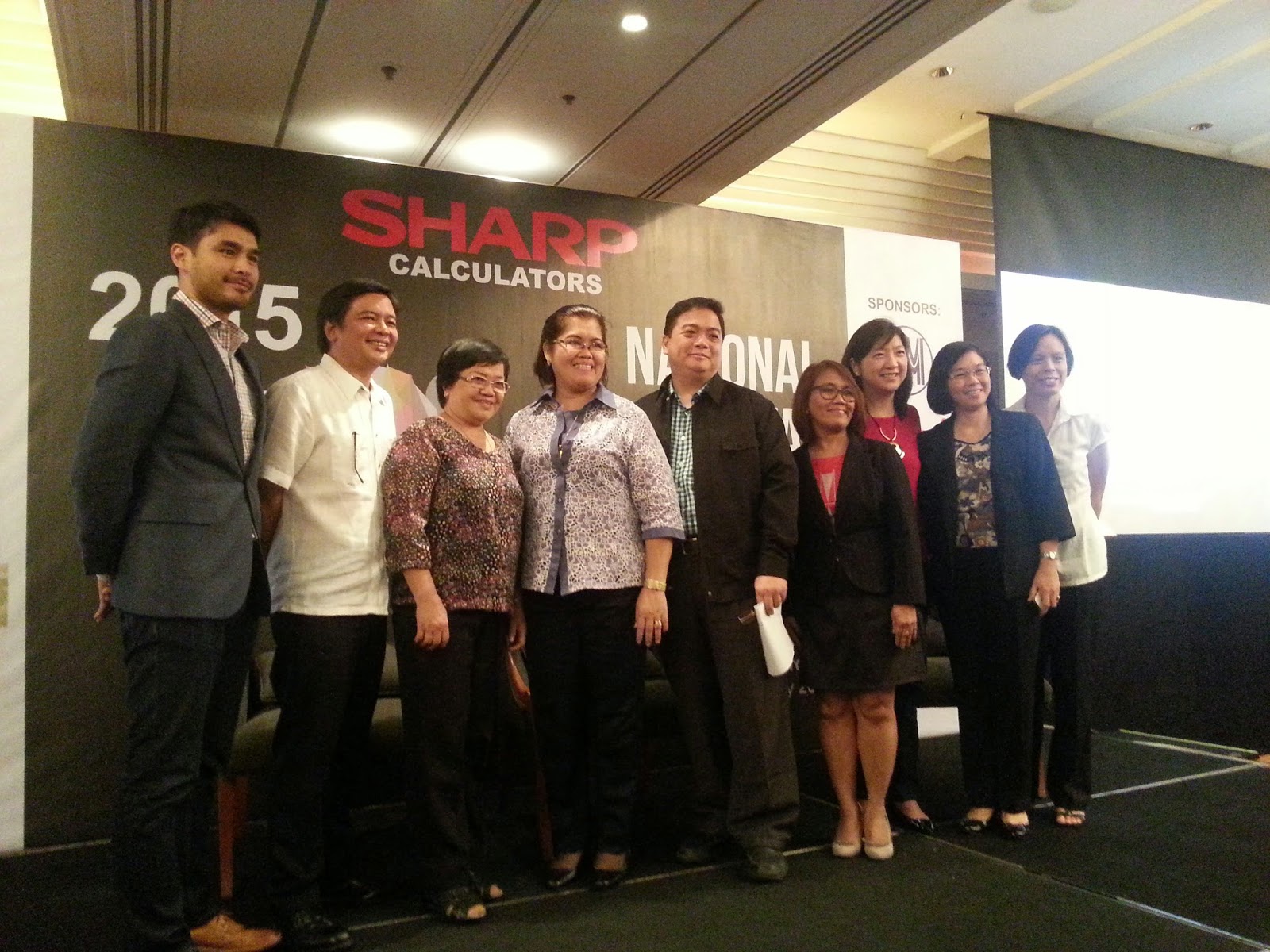 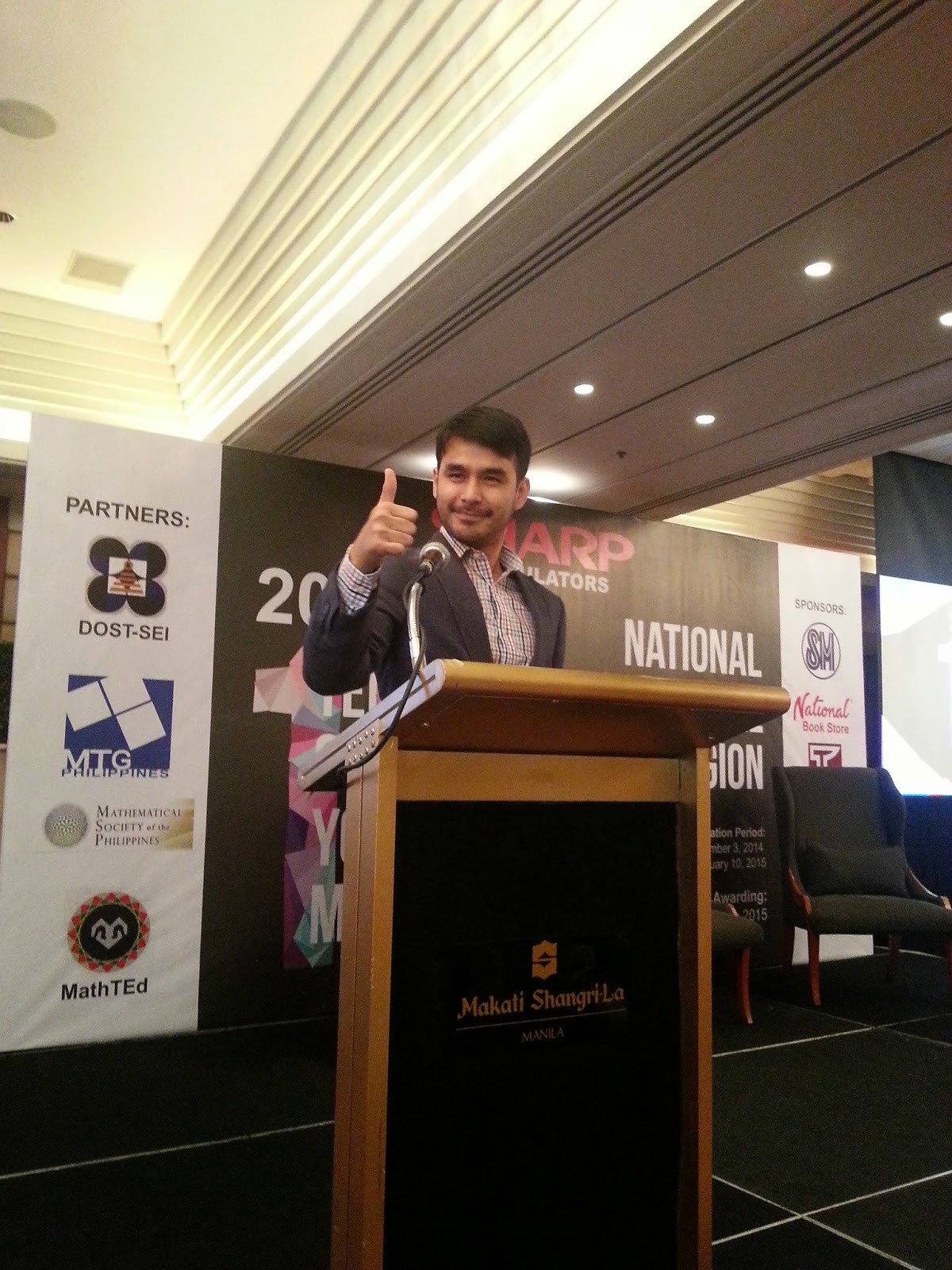 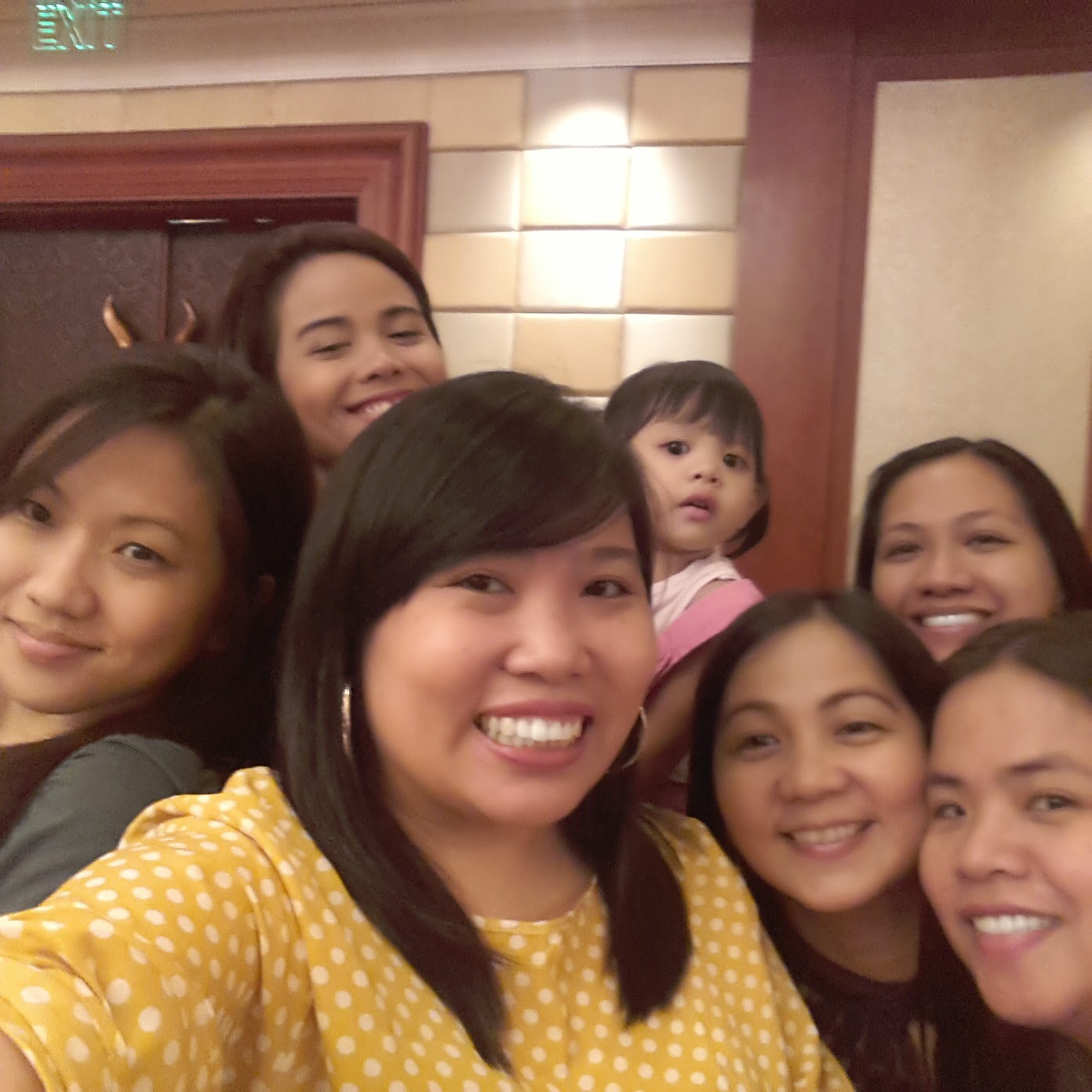 Of course, I couldn't just leave the event without a pic with Atom. 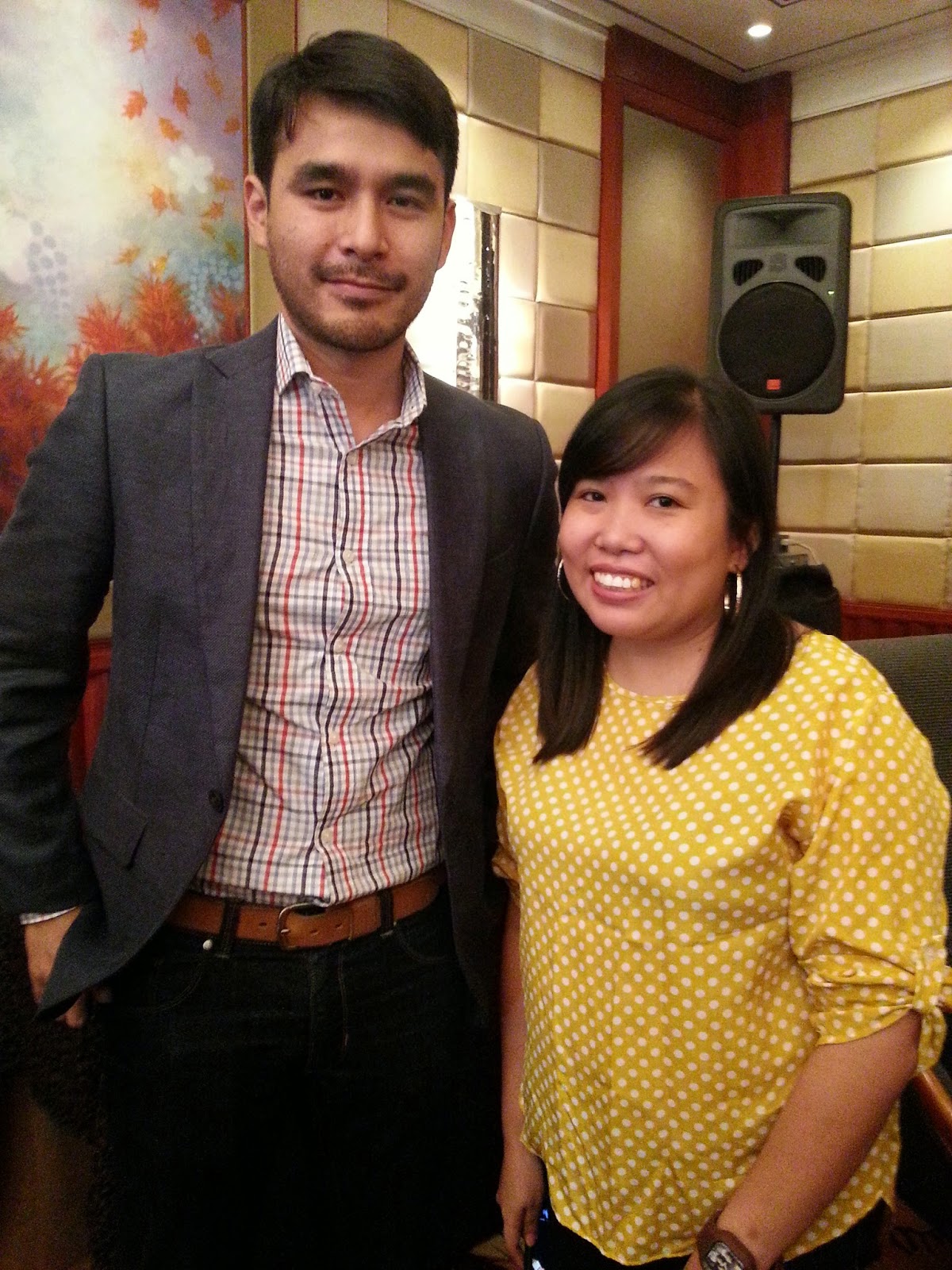 The deadline for nominations will be on January 5, 2015, with the awarding ceremonies scheduled on February 2015.

Nomination kits are now available at selected National Book Store Branches in National Capital Region or can be downloaded through www.sharpminds.ph