DDB Group Philippines, PCW shine the spotlight on the ‘bigger fight’ in society: Violence against Women 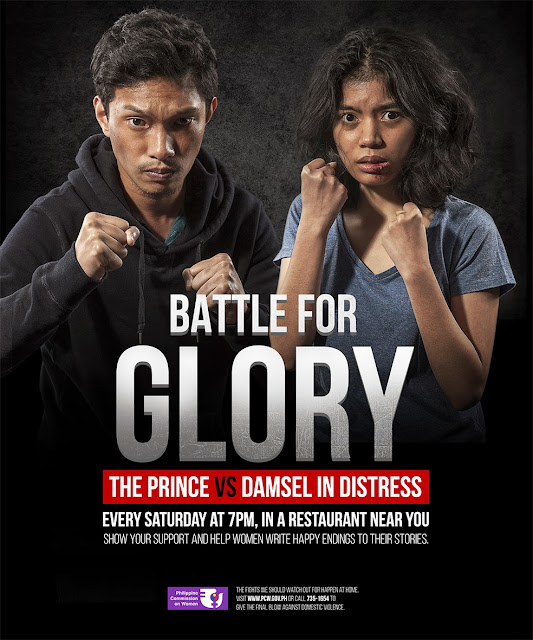 As the world awaits the “Fight of the Century” between Manny Pacquiao and Floyd Mayweather, Jr., advocates of anti-violence against women wish to bring to light the “bigger fight” that is happening almost every day in Filipino homes – that of domestic violence.

DDB Group Philippines has collaborated with the Philippine Commission on Women (PCW) to shine the spotlight on violence against women to open everyone’s eyes on fights that have not been getting  the kind of attention that they should be getting.

The much anticipated square-off between two of the greatest fighters of this generation is deemed as the best time to create awareness and gather support for the different kinds of violence being committed by males versus women. Not to mention that Pacquiao’s nemesis, Mayweather, has a record of committing this kind of offenses.

DDB Group Philippines and its subsidiary Tribal Worldwide, have come up with a campaign that will ride on the May 3 super fight to help the Philippine Commission on Women to create awareness on the often neglected plight of women under their abusive fathers, husbands, male relatives or boyfriends. 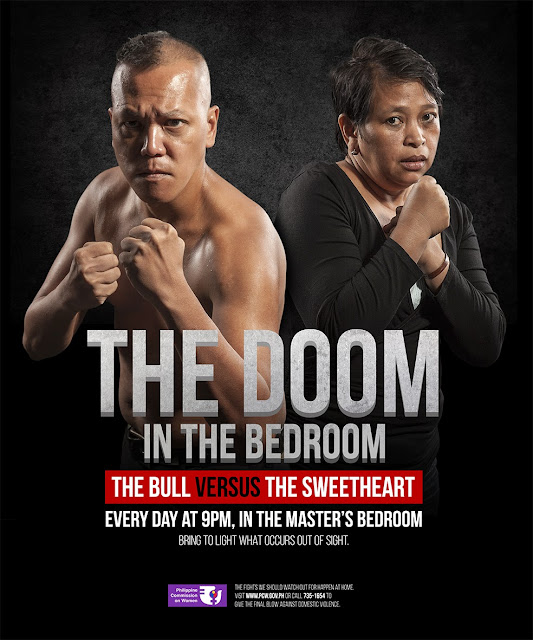 In a series of posters shared online and on-ground, in bus ads and newspapers, and strategically placed side-by-side with Pacquiao vs. Mayweather promotional materials, DDB Group Philippines brings this issue out of the shadows and gets people talking, so they can prevent domestic violence from happening.

For her part, PCW Executive Director Emmeline Verzosa said, “Violence against women cuts across all race, religion, age, social demographics and sexuality. It threatens the security of half of humanity and is rooted in men’s desire for ultimate power and control over women. We must put a stop to it.”

Statistics have shown that one in five women ages 15-49 have or are continuing to suffer from domestic violence and intimate relationship violence since age 15.  In 2010, cases of VAW reported to the Philippine National Police (PNP) rose to 59 percent, with majority of the victims knowing their attackers. 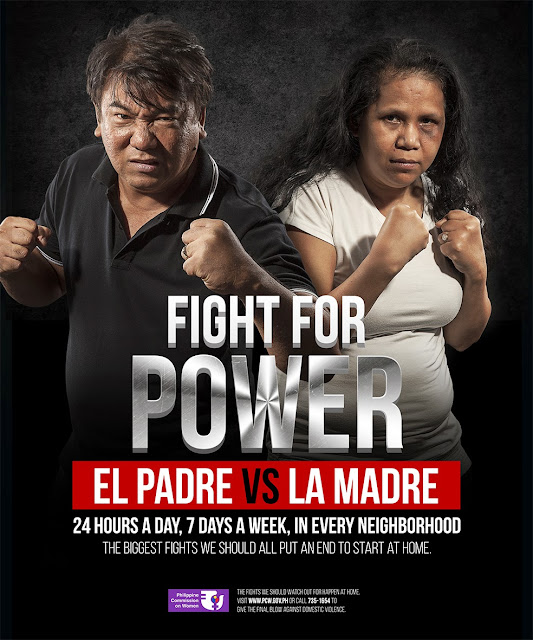 DDB Group Philippines Chairman Gil G. Chua said, “As a group, we at DDB Philippines always try to do our share in making the world a better place, and supporting the fight against domestic violence is just one of our ways to achieve this. We live by our founder Bill Bernbach’s words that ‘All of us who professionally use the mass media are the shapers of society. We can vulgarize that society. We can brutalize it. Or we can help lift it onto a higher level’.”