Diabetes is one of the most common sicknesses that runs in the family. Once you have diabetes, it changes your life forever. My father has one, and so is my mother inlaw. And I am witnessed to how they changed their daily routine, especially with their food intake. And in the International Diabetes Foundation they reported that the Philippines has been named as one the world’s emerging diabetes hotspot having treated 3.2 million cases in 2014 alone. 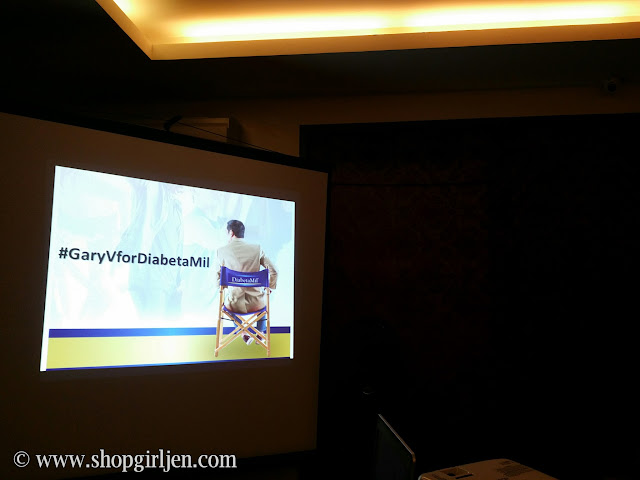 In its simplest terms, diabetes is a lifelong chronic condition that affects the body’s ability to use the energy found in food. For non-diabetics, the sugar and carbohydrates in the food are transformed into glucose, which the cells absorb in the bloodstream with the help of a hormone called insulin.

Diabetics do not produce or do not have enough insulin in the body and therefore cannot absorb the glucose, which creates a build-up in the blood and often leads to more serious illnesses. And now that my father is battling diabetes, my mom is always pestering me to get my blood sugar check. But since I am afraid to know the result, I've been procrastinating for months. So when I attended the media launch of DiabetaMil, I had it checked and so happy to know that my blood sugar level is normal! Wheeeee!!! *insert: jump for joy! 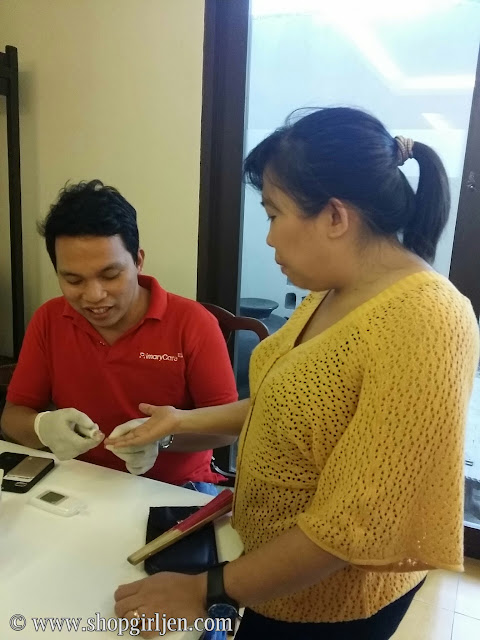 Anyway, more on the DiabetaMil launch, we all know that diabetes is seen as a very serious disease, there is a mindset that people living with diabetes lead very restricted lives. This is a misconception that Gary Valenciano is very familiar with, but this has not discouraged him from becoming the success that he is.

Gary was diagnosed with Type 1 diabetes when he was just fourteen years old and was told by his doctors that he would not live past the age of forty. Thirty-seven years after his diagnosis and more than 90,000 insulin injections later, Gary has never been more active in both his personal and professional life. The artist, performer, athlete and family man’s strong resolve to constantly defeat the disease comes after his worst hypoglycemic attack in 2005, which almost claimed his life.  Ten years after that fateful event, he is now complication free and has been called a living miracle by many doctors.

How does he do it? His outlook is one of great resolve. “I’m living a life with diabetes but I won’t let it stop me”, he has said in a 2009 interview with Ces Drilon. He believes that with proper management of the disease, it allows him to live a rich, dynamic life. This multi-awarded performer shares that religiously doing exercise, careful observation of his blood sugar, taking the right medication and having a proper diet helps him in his miraculous journey in dealing with diabetes.

A diet that includes DiabetaMil is one that he lives by. This reduced calorie, sugar-free Cereal and Non-Cereal drink contain vitamins, minerals and protein specially formulated for people with diabetes. It is enriched with Chromium Picolinate and Dietary Fiber, is high in Calcium and has a Low Glycemic (GI) Value. 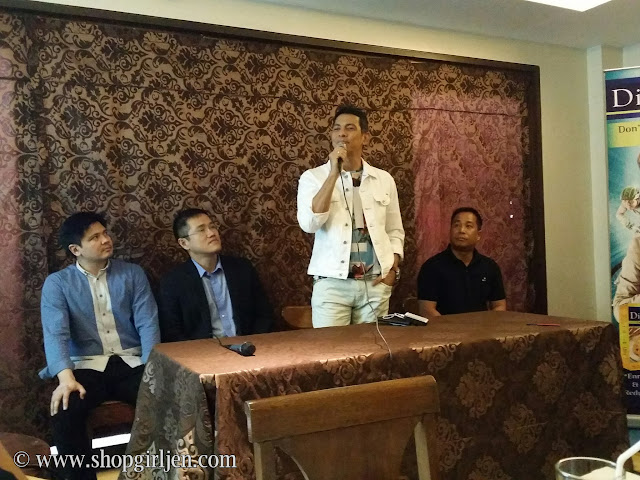 The mineral Chromium Picolinate found in the drink can aid in both glucose and insulin metabolism by breaking down the fats, protein and cholesterol. Dr. Lanny Lestiani, a Medical Nutritionist at the University of Indonesia, testifies that ‘chromium showed its potential in improving insulin sensitivity; DiabetaMil enriched with chromium (250 mcg per serving) may be beneficial for diabetics to improve their glycemic control’. In addition, this nutritional drink also fulfills the Codex requirement as source of calcium, which can be beneficial in optimizing glucose metabolism. 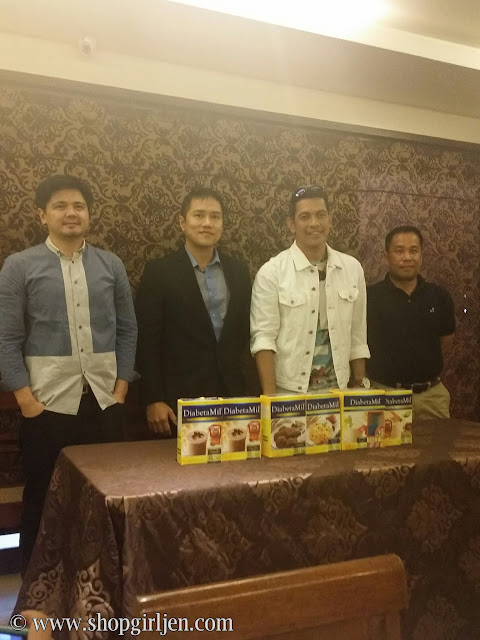 Several nutritionists have confirmed the benefits of including DiabetaMil to a diabetic’s daily balanced diet. “The usage of non-sugar sweetening agents (sucralose and acesulfame K) to DiabetaMil may help diabetics reduce their blood glucose level”, attests Dr. Widjaja Lukito, an associate professor of the Nutrition Department at the University of Indonesia. Because DiabetaMil is a reduced calorie meal substitute, it ‘can help diabetics control their body weight’, endorses Ayu Dwi Irianti, a Nutrition Coordinator at one of Jakarta’s premier hospitals. 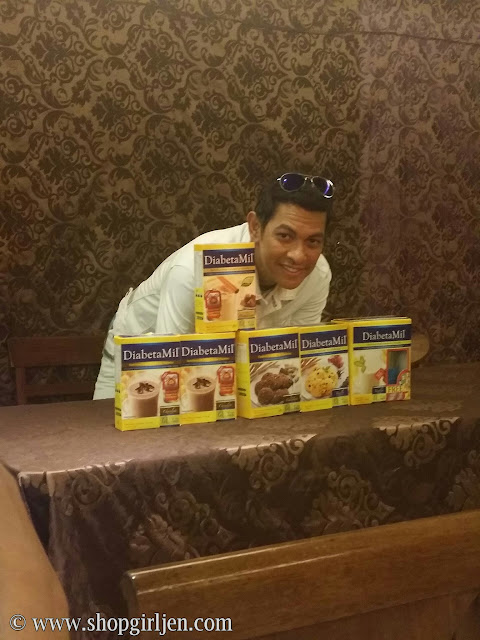 Aside from the multi-flavored nutritional drinks, DiabetaMil also offers low-calorie and sugar-free cookies suitable for diabetics. Snacks have an important role in the daily diet as they help keep blood glucose levels as close to normal as possible.

DiabetaMil has a delicious lineup of cereal (Vanilla and Chocolate flavors) & non-cereal drinks (Moccachinno flavor) and cookies (Nutty Chocolate and Vanilla Dried Fruit flavors) that allows one a healthy and nutritious meal without sacrificing its taste.

Just like Gary, DiabetaMil believes that there are DiabetaMillion ways to enjoy life. So don’t let diabetes stop you from enjoying life! 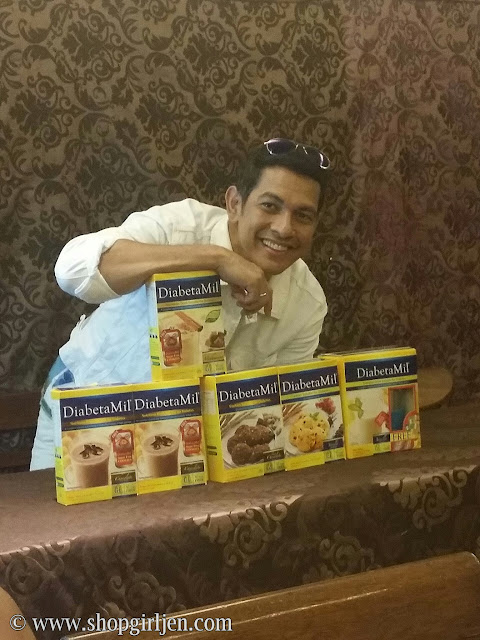 So blessed with Mr. Gary V's testimony on how he fights his diabetes. Now that he's the new ambassador of DiabetaMil, he will not let diabetes stop him from enjoying his life. 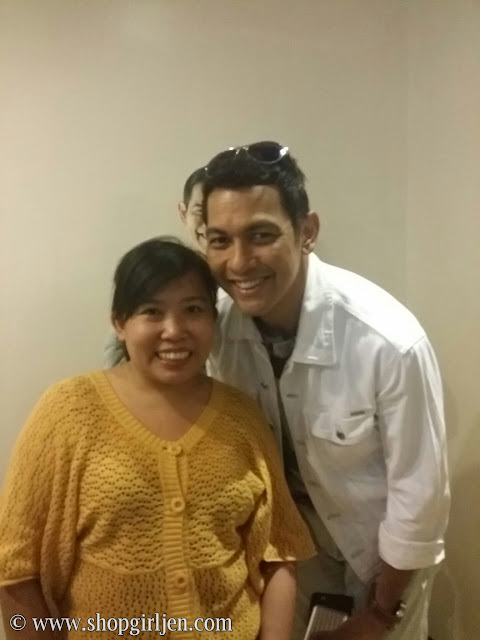 Watch this Youtube video on how Mr. Pure Energy's diabetes will not stop him from living a rich and dynamic life. As a matter of fact, he jumps off a plane to prove that there are a DiabetaMillion ways to enjoy life!

Email ThisBlogThis!Share to TwitterShare to FacebookShare to Pinterest
Tags: health and wellness, Press and Media Event