Making every Christmas brighter and more joyful for over two decades, Jollibee celebrated the launch of Maaga ang Pasko, now on its 21st year. This 2015, the country’s longest-running annual toy and book drive is continuing its mission to inspire more kindhearted Filipinos to donate gifts and spread the early Christmas cheer to less fortunate kids.

During the various campaign launches held nationwide, these kids led by example by donating their own toys and books.

Eleven-year-old Darlene gave away a coloring storybook that her beloved grandfather gave to her. “I learned how to read through this book,” she said. “I hope whoever receives it enjoys the stories as much as I did.”

Like Darlene, JM also donated a gift for budding bookworms. “My wish is that like me, another child gets to benefit from reading this book.”

Jollibee and JM Gacayan poses with other Jolly Toy Scouts from Jollibee Guiguinto Highway in Bulacan. 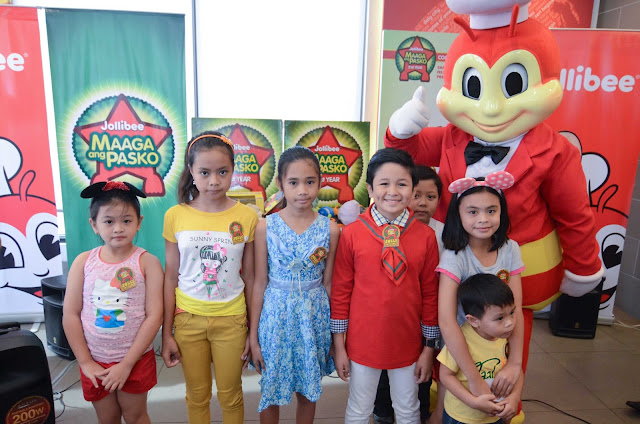 A teddy bear that is dear to her heart was 10-year-old Lyca’s contribution. “It’s important to me because it was given by a fan. I always have this doll beside me when I sleep at night because it’s one of my favorites,” the young singing champion said.

Jolly Toy Scout Lyca Gairanod gives her bear one last hug before donating it to the Maaga Ang Pasko toy and book drive. 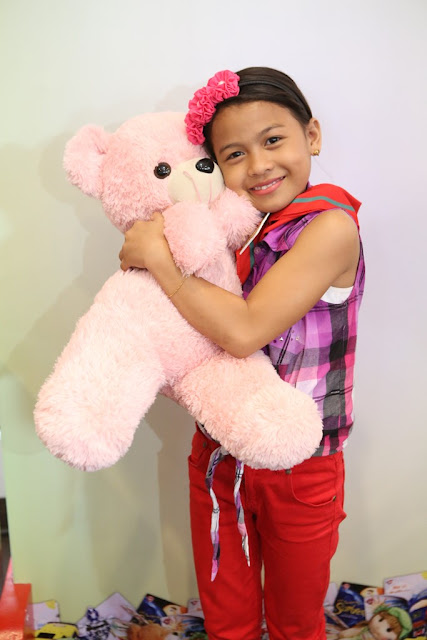 For Marco, it was a cherished toy plane that his older brother gave to him. “I really love this toy but I want to make other kids happy this Christmas, so I am donating it,” he said.

Marco Masa adds his name to the Maaga Ang Pasko commitment wall – a promise to share joy this Christmas season by donating his beloved toy. 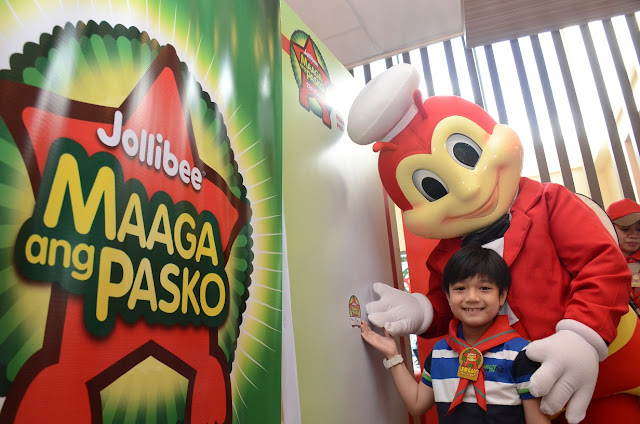 Belle donated a ball that she treasures. “I won this in an arcade game for my little brother,” she said. “He has grown bigger now and is interested in other toys, so I thought other younger kids would appreciate it more.”

Jolly Toy Scout Belle Mariano gladly donates two stuffed toys, a book, and a ball for other kids to enjoy this Christmas. 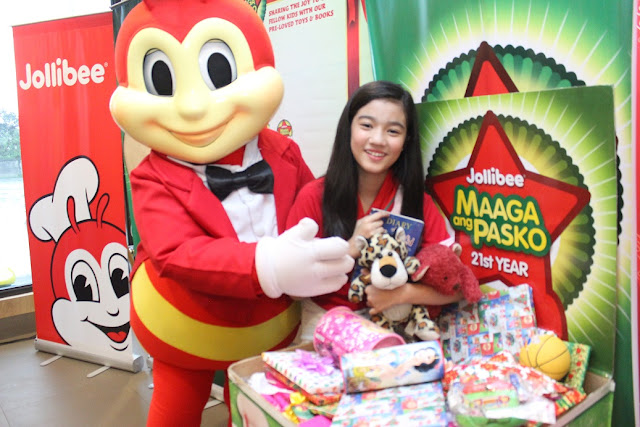 Angelo decided to give something for other kids like him who like toy automobiles. “This car and train were given by my daddy when I was four years old. To whoever receives them, merry Christmas!”

Jolly Toy Scout Angelo Alayon commits to sharing the Christmas joy with his fellow kids by giving his toys and books. 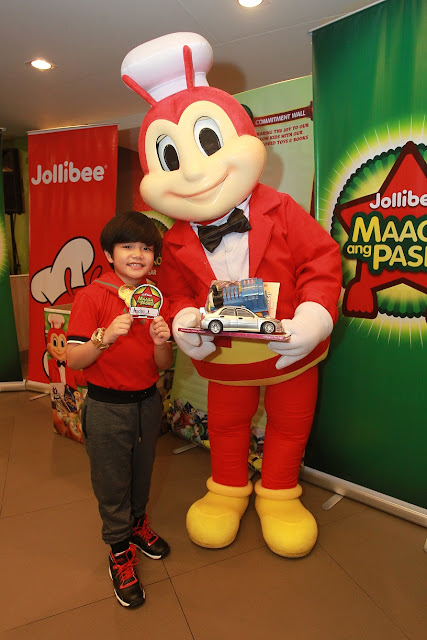 The Jolly Toy Scouts were joined by Jollibee Kids Club (JKC) members from Jollibee branches in Tanza, Cavite, Walter Mart in North EDSA, Guiguinto Highway in Bulacan, Ayala Cebu, Gaisano Tibungco in Davao, and Amang Rodriguez in Pasig City, who all shared their pre-loved toys and books to the Maaga ang Pasko campaign.

Apart from leading the donations, the Jolly Toy Scouts also delighted kids and kids-at-heart with their performances of favorite Christmas carols. They even performed a special number with everyone’s favorite friend – Jollibee—putting the audience in a festive holiday mood. What’s more, the stars pledged to help make the holiday season more meaningful, leading the JKC members in putting their names in the commitment wall to help inspire other kids and kids-at-heart to follow suit.

“For us Filipinos, Christmas is not only a time to celebrate, but also a time to share and be a blessing to our fellowmen,” said Jollibee Global Brand Chief Marketing Officer and Jollibee Philippines Marketing head Francis Flores. “We are always thankful for the incredible support that Maaga ang Pasko receives from Filipinos for the past two decades. This year, we are counting on our Jolly Toy Scouts to once again help us spread Christmas joy to more kids in need.”

Give the gift of a jollier Christmas and be a part of the 21st Maaga ang Pasko. Interested parties may also drop off their pre-loved toys and books in the donation boxes found in Jollibee stores nationwide.