I can't count how many times we've watched Tangled (the movie), that's why we're so happy that Tangled: The Series continued Rapunzel and Eugene's fun adventure. And if you love Tangled as much as we do, here's your chance to win a Tangled goodies! Yes, 4 winners will win everything in the pic below - pouch bag, bag, tumbler and a Tangled doll!

Rapunzel lets down her hair in Disney Channel’s brand new animated series “Tangled: The Series”! Premiered last May 21 at 11:30AM (Mal/Phil), the series is set between the stories told in Walt Disney Animation Studios’ acclaimed 2010 film “Tangled” and its short film “Tangled Ever After”. The series has Mandy Moore and Zachary Levi reprising their roles as Rapunzel and Eugene respectively. 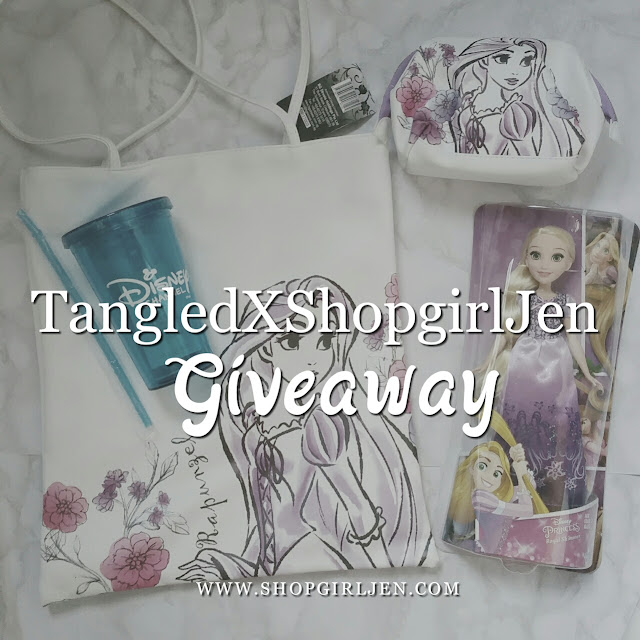 With a new visually vibrant animation style inspired by Rapunzel’s drawings in the original film, the show follows Rapunzel on her adventures as she acquaints herself with her parents, her kingdom, and the people of Corona. Along the way, her irrepressible spirit and natural curiosity about the world lead her to realize that there is so much more she needs to learn before she can accept her royal destiny as Princess of Corona.

At the heart of the series is Rapunzel’s relationship with her friends and family. Beloved characters from the feature film accompany Rapunzel on her journey, including love interest Eugene Fitzherbert (aka Flynn Rider); her loyal chameleon sidekick, Pascal; her no-nonsense, dutiful horse, Maximus; and the Snuggly Duckling Pub Thugs. The series will introduce Cassandra (voiced by Eden Espinosa), a tough-as-nails lady-in-waiting who becomes Rapunzel's confidante; and builds on her relationship with her parents, King Frederic (Clancy Brown) and Queen Arianna (Julie Bowen). 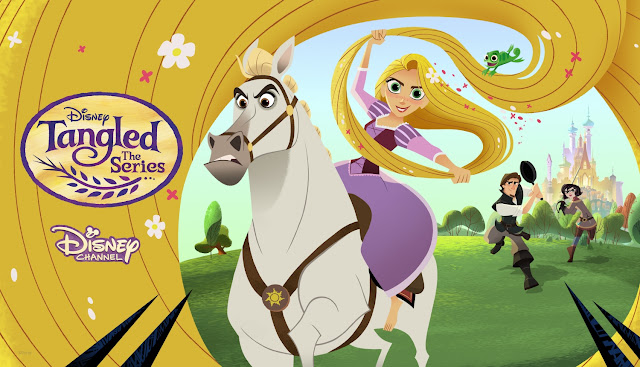 Thanks to the generous hearts of Disney Tangled: The Series, 4 winners with the best answer will win a Tangled goodies.

Mechanics:
1. Answer the question: "What character trait of Rapunzel do you like most?". Post your best answer on Instagram (regram the Tangled goodies photo) and use the hashtag #TangledXShopgirlJen and tag me @itsshopgirljen. 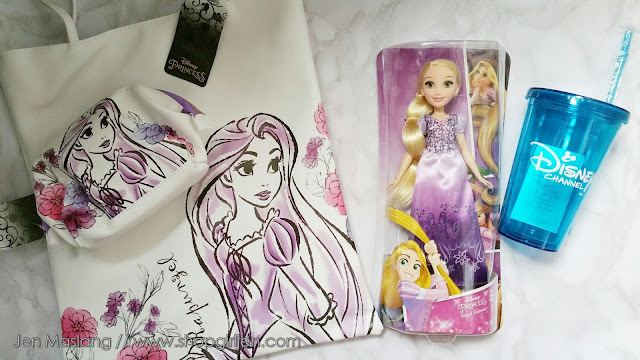 Rapunzel's relatable, heartfelt and comedic stories model the importance of building and nurturing relationships, and of exploration and self-discovery. With her strength, confidence, positive disposition and creativity, she is a role model for young viewers who are learning to take on new responsibilities just as she is.

Thank you Disney Tangled: The Series for hosting this giveaway! ❤

Hope to win for my kids. They really loves Rapunzel😍

Rapunzel's courage inspires the inner Disney Princess in ke to take on the challenges I face. No matter how people around me doubts me, like Rapunzel I would always want to take the step forward and believe that my courageous heart will counquer it.

Happy to joined po❤❤❤
Thanks for this giveaway....!

Rapunzel is my favorite princess simply because of her endearing innocence and her undying curiousity to find out about her true self.

Hello Ms. Shopgirl Jen
Joining your giveaway for my niece because she truely love Rapunzel. She wants me to buy this for her. She really loves everything about Rapunzel and she knows every details of Rapunzel. An avid fan who wish to be like her.☺️

Thank you for this giveaway more power!

Thank you po and God Bless.

The character trait of Rapunzel I like most is her being a spirited and determined person. I like how she escape from the fear within her and experience the outside world. I love how she willingly step outside her comfort zone and take on the unknown for the sake of experiencing her dreams, how she bring happiness and harmony wherever she goes. And most of all I love her power to regenerate or to heal a person emotionally.

Joined! For my little cousin Germaine.. 💖
God bless you siz! 😘

Thank you so much for this lovely giveaway :

Thanks for the chance to win! :) God bless and more power! :*

Hello po!! Thank you very much for giving us this beautiful opportunity to own those Tangled goodies. I'm joining because my siblings and I really love Rapunzel so much and I couldn't imagine gow we're gonna beam with so much happiness to have these Tangled stuffs. I'm incredibly blessed and grateful for this chance. ������

Hello po!! Thank you very much for giving us this beautiful opportunity to own those Tangled goodies. I'm joining because my siblings and I really love Rapunzel so much and I couldn't imagine gow we're gonna beam with so much happiness to have these Tangled stuffs. I'm incredibly blessed and grateful for this chance. 💕💕💕

Joined! What i really like about Rapunzel is that on how she overcome her fears. Despite of the problems and fears that she encountered she overcame it all. She has a good heart that's why she won in all the battles that she encountered.
Hoping to win for my daughter who loves Rapunzel so much!! Thanks and more power!!!

Chubby Is The New Sexy said...