Marian Rivera-Dantes is used to playing different characters: Primetime Queen, recording artist, brand ambassador, style icon, and philanthropist. But her favorite roles by far have been those behind the camera: as wife to Dingdong and mom to Baby Zia. 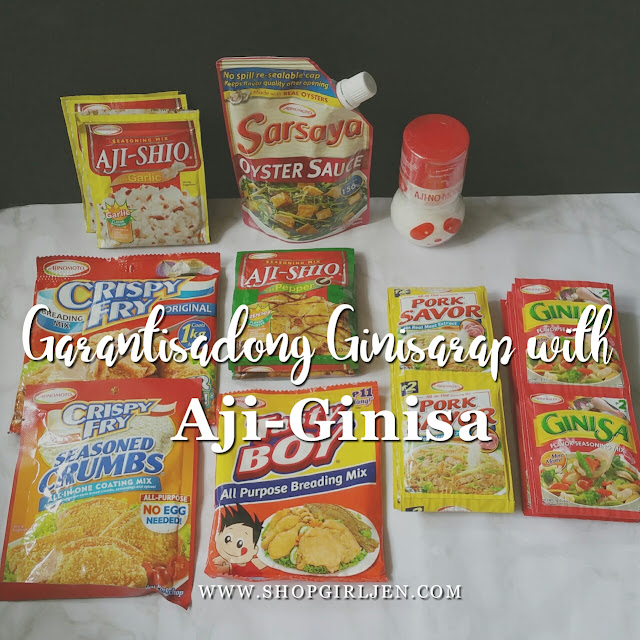 As a modern homemaker, who manages her time between work and family, Marian has found comfort in cooking as one of the best ways to make her family feel loved and to improve her culinary skills. On her social media pages, the Kapuso actress has posted some of her own culinary creations that range from baby food for little Zia, stews, soups, and veggies. And on days when Marian is short on time, stir-fry dishes have become her go-to choices for easy, yummy meals.

Topping her stir-fry list are Chopsuey and Fried Rice made with AJI-GINISA® Flavor Seasoning Mix, as seen in the seasoning’s two new TVCs which began airing last June 4, 2017. In both versions, Marian dances and sings to the tune of her hit song, “Sabay-sabay Tayo,’ while she adds AJI-GINISA® to each dish to make them more delicious and “Garantisadong Ginisarap.”

Like Marian, you can also whip up “Garantisadong Ginisarap” dishes – even non-vegetable ones – by adding a touch of AJI-GINISA® to your favorite stir-fry recipes.