Continuing on its mission to deliver superior experiences to its customers, leading grocery chain Super8 has recently partnered with PayMaya to deploy its QR-based mobile payment acceptance within its 68 branches, allowing for fast and convenient payments at the checkout counter. 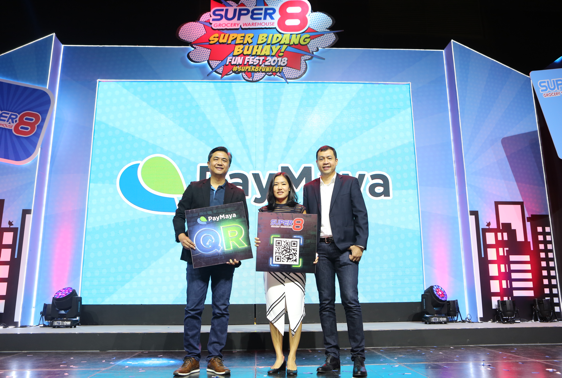 Loyal grocery shoppers can look forward to a faster and more convenient experience at Super8 branches with PayMaya QR, which will allow them to pay for their grocery purchases using only the PayMaya app installed on their Android or iOS phones.

Offering payments via PayMaya QR is part of Super8’s efforts to improve the overall experience of its customers in-store, because it allows for faster transactions at the counter and, ultimately, shorter lines whenever it’s time to pay for groceries.

It is also in line with the company’s recent digital transformation efforts, following the launch of its Super8 Rewards Mobile App which marries the features and capabilities of its membership rewards card with the convenience of mobile.
“At the heart of everything we do is our customers, we want their experience to be as seamless and convenient as possible whenever they shop at Super8 stores. By offering PayMaya QR at our checkout counters, all they need to pay for their groceries is their mobile phones and the PayMaya app, and our cashiers don’t have to worry about giving out change anymore,” said Alvin Lim, CEO of Super 8.

“Super8 has grown to be a formidable player in the grocery warehouse business, thanks mostly to affordable pricing and innovative experiences available to its customers. Through PayMaya QR, this experience is made even better and more convenient for all Super8 shoppers, because their mobile phones can now act as their wallets,” added Orlando B. Vea, President and CEO at PayMaya Philippines.

Super8 shoppers can also expect exclusive perks and promos whenever they pay using PayMaya QR, which will be announced in the coming weeks.

Super8 is just the latest in the growing list of merchants and stores accepting mobile-based payments via QR, as part of PayMaya’s ongoing efforts to create a “Cashless Philippines” by building cashless ecosystems nationwide.