Global innovation leader Lenovo is refreshing its suite of business PCs by releasing new ones equipped with AMD Ryzen processors for companies who wish to arrange a more robust work-from-home (WFH) setup. These are fully optimized with enhanced remote work capabilities and designed to take business computing at home to the next level with their faster processing power, anywhere-anytime productivity, and enterprise-level security features. 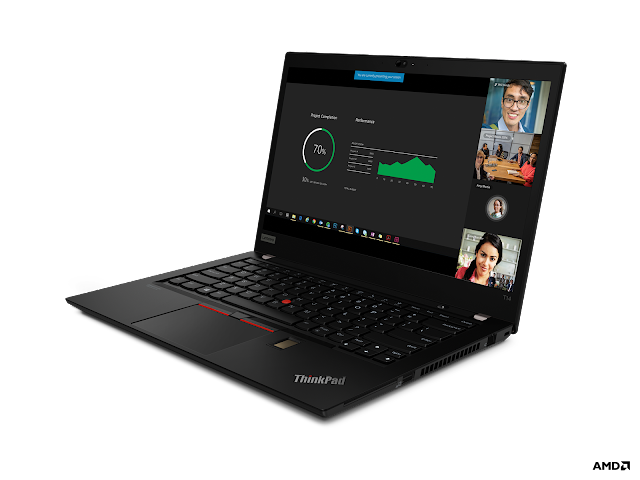 “Since the previous launch, the AMD Ryzen lineup has garnered nothing but praise from the tech industry for its efficient and fast processing speed even when used simultaneously for several intensive tasks. With work-from-home becoming the new normal work arrangement, we decided to integrate these powerful processors in our business solution portfolio to further empower the remote workforce since they can significantly elevate the capabilities of our business laptops under different business environments,” said Michael Ngan, Lenovo Philippines President and General Manager.
AMD Ryzen processors’ efficient yet powerful computing power is made possible through its “Zen” microarchitecture, which contains multiple cores and threads to do the computational heavy lifting. This allows the Ryzen processors to carry several of the distinct sets of commands and responses to calculate and render graphics, run software, and more, to make them the ideal processors for general office application, video conferencing, real-time analytics, code compilation, and 3D video rendering.

Meanwhile, the AMD Ryzen™ processors with PRO technologies not only come equipped with the multi-core and thread setup but also possess enterprise-level security features to safeguard sensitive information through its GuardMI technology. This features AMD Memory Guard to provide real-time encryption of system memory to help protect against physical theft, and AMD Secure Boot, a program that helps prevent unauthorized software and malware from taking over critical system functions and blocks malicious code and unauthorized software from loading during startup.

Workhorse business laptops
Designed for multitasking professionals, the powerhouse ThinkPad T14 is capable of running a wide variety of business programs ranging from simple to those with heavy workloads with the device’s up to AMD Ryzen 7 Pro 4750U processor with 8 cores and 16 threads, up to 32GB DDR4-3200 memory, and up to 1TB PCIe NVMe SSD storage. The T14 can also last for up to 14hrs with its 50Wh battery.

The ThinkPad X13, on the other hand, is suited for highly mobile modern professionals with its ultraportable weight of only 1.28kg and 16.9mm thinness. Further bolstering the X13’s capabilities while on the go is its 48Wh battery that can last up to 12.8 hours of use, with Rapid Charge support that provides 80% battery capacity in just an hour of charging. It also comes with an array of ports, including USB 3.2 Gen 1 and USB 3.2 Type-C with Power Delivery support which allows for faster charging. Powering the X13 is an up to AMD Ryzen 7 Pro 4750U processor with 8 cores and 16 threads, up to 1TB PCIe NVMe SSD storage, and a whopping up to 32GB DDR4 memory option. 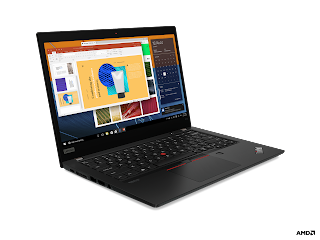 Both the ThinkPad T14 and X13 come with integrated AMD Radeon Graphics and up to Windows 10 Pro OS, which unlocks several features for business. The keyboards of the two devices possess Unified Communications support which optimizes functions such as making calls, instant messaging, and video collaboration by making them accessible in just a click of a button. During breaks, the two devices also become a handy tool for entertainment providing premium audio playback with their Dolby Audio Speaker System and clear video through their Full High Definition 1920x1080 IPS Anti-glare display with a 16:9 aspect ratio.

Enterprise-level security and durability
For added security, Lenovo equipped both the ThinkPad T14 and X13 with its ThinkShield suite for comprehensive end-to-end security. Some of its features include the dTPM 2.0 chip which encrypts sensitive information and a Touch Fingerprint Reader for biometric access. Buyers can also opt to have the PrivacyGuard security offering that warns users if someone is looking at their screen.

Furthermore, both devices come with the legendary durability that Lenovo devices are known for. They have been tested against extreme conditions, including shock, vibration, hinge life, fan reliability, operating temperature, and pressure.

Prices of the ThinkPad T14 and ThinkPad X13 depend on the configuration chosen by the buyer. Customers may also purchase accessories like the ThinkPad USB-C Dock, USB-C Travel Hub, and USB 3.0 Secure HDD 1TB separately. Devices and accessories may be purchased through authorized Lenovo retail partners and their respective online stores.

For more information on the devices and tips on how to choose the right work technology for your company, contact Lenovo at https://www.facebook.com/lenovophilippines/ or visit the website at https://www.lenovo.com/ph/en/.