Napakanta ka din? haha! Anyway, thanks to Sai, I had the opportunity to go to the lighting ceremony of the giant Christmas Tree courtesy of Coca Cola and Smart Araneta Center. Though we came in late because we (with Kai) came from another event, seeing the giant Christmas tree lighted up, we literally stopped walking from the footbridge and admired all the lights :) 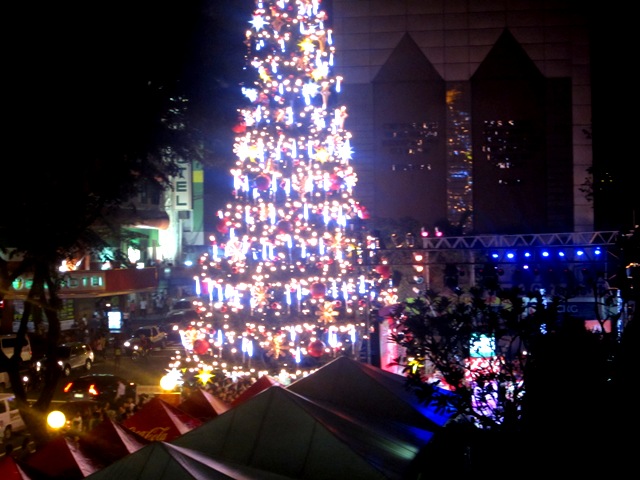 I remember when we were still kids, highlight ng Christmas namin (me and my sisters) ang mag punta sa giant Christmas tree and magpa picture haha! I'm so glad they are still keeping the tradition. Araneta Center and Cubao will never be the same pag nawala ang giant Christmas tree. Don't you agree? 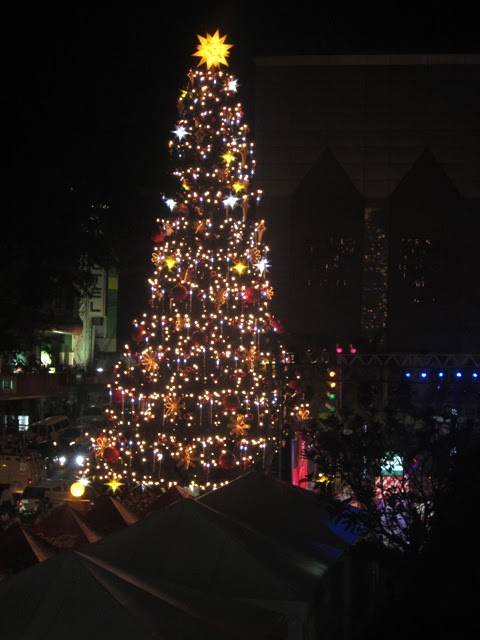 The Araneta Coliseum parking lot once again magically transformed into one merry Christmasville where people celebrated happy moments as one. The young, the young at heart, barangays, barkadas, kapuso, kapatid, kapamilya and everyone in between came together for a worthwhile time of sharing and to usher in a happy holiday season at the Coca-Cola Christmas Caravan and the annual Araneta Center Giant Tree Lighting. 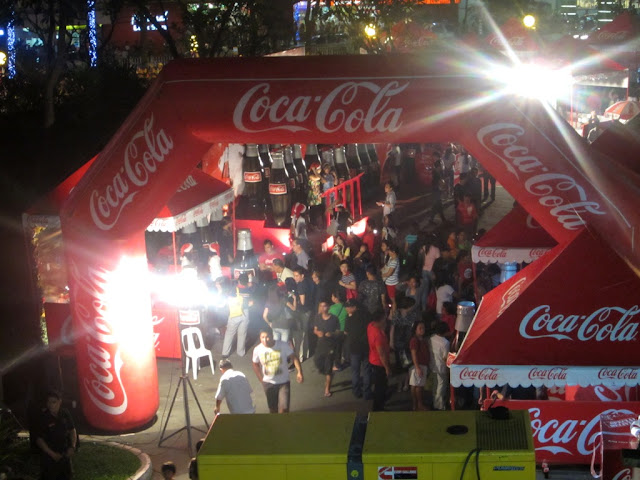 Of course, the heart of the occasion remained to be the traditional lighting of the Araneta Center giant Christmas tree, which was made grander and even more sparkling this year. In fact, it’s the 30th year this custom was celebrated. Standing at almost 100ft. this year’s tree is bedecked with more than 10, 000 lights and hundreds of stars and Coca-Cola Christmas balls, with huge ribbons and colorful gift boxes as accents. Through the years, it has been a beacon of hope among the Filipinos; a most cherished icon that signals the beginning of the holiday season and reminds us to always believe in the magic and happiness it brings, the same way Coca-Cola inspires. 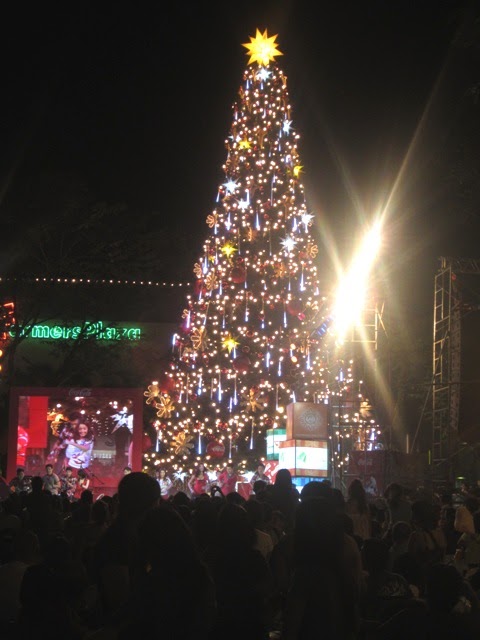 We brought along Sofi with me. Sobrang excited sya that day when she learned that she'll be seeing the giant Christmas tree. Too bad she was not able to witness the fireworks :( Nagpicture picture na lang kami hehe :p 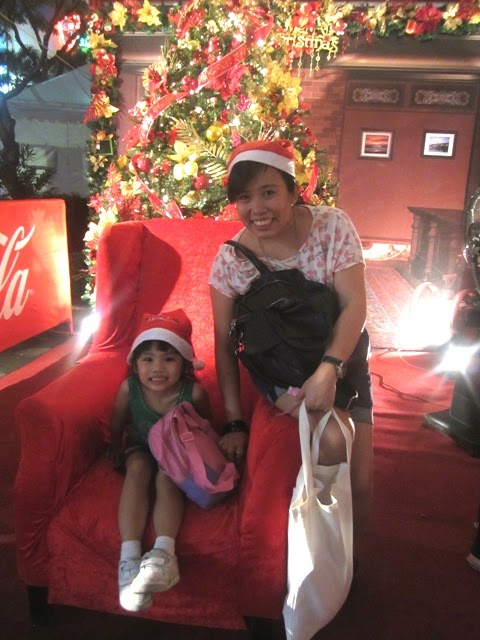 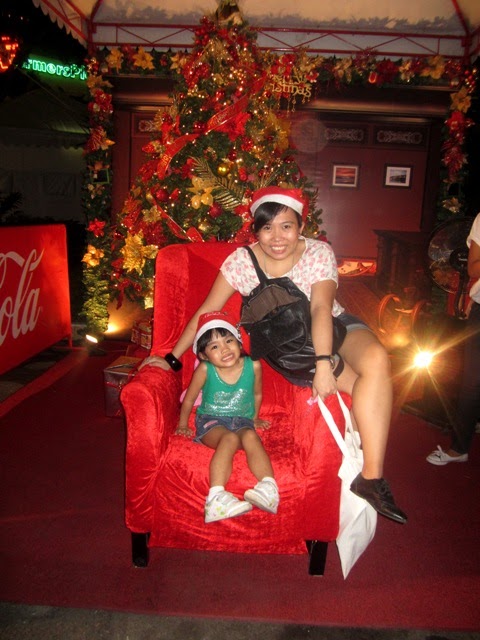 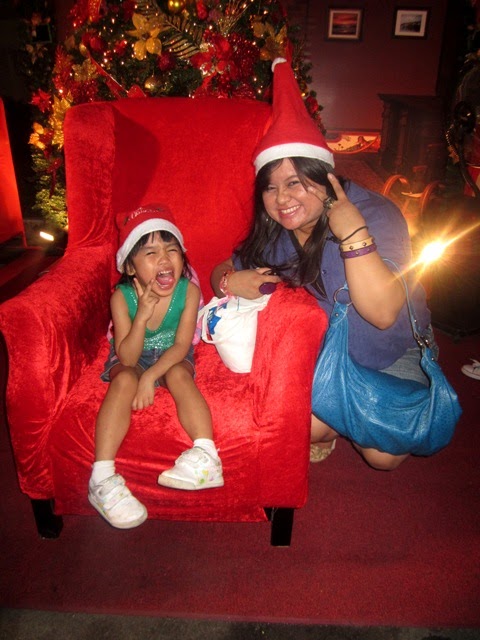 Thank you Sai for inviting us! mwah! :) 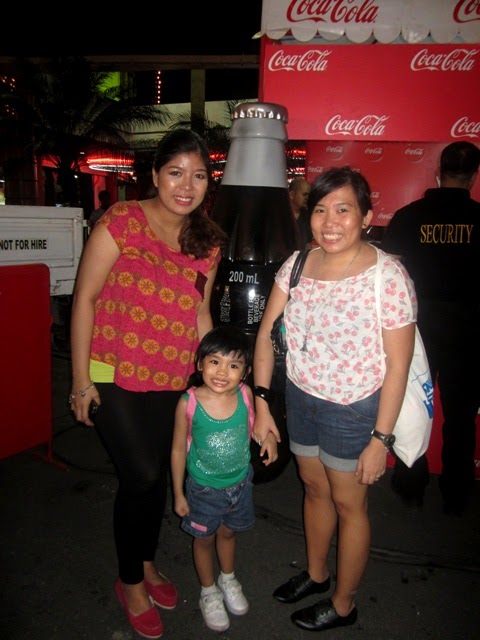 When Sofi and I passed by earlier in Cubao, I told her that we will stop by next time sa giant Christmas tree and magpi-picture sya under the tree. Aba na excite agad! haha! I know someday Sofi will cherish it.

Thank you Coca Cola for the invite and Araneta Center for keeping up with the Filipino tradition and for my childhood memories too! :)

Don't forget to visit the giant Christmas tree with your family!

Email ThisBlogThis!Share to TwitterShare to FacebookShare to Pinterest
Tags: Event

Thanks for coming Jen and thanks for the photo :) Sofi is really cute! I want to see her again! 'Til our next event! Mwaah!