One of the fears of every parents out there is if your child/children is sick. You sometimes feel helpless and vulnerable. If you can just take the sickness and pain away in a click of your fingertips, you will do so. And I know a lot of you can relate that whenever your child is sick with fever ang unang pumapasok sa isip nyo is Dengue. You will check all the symptoms, read or google to know more of the signs of dengue before it's too late. It's like every week I read in my facebook newsfeed either they have dengue or they know someone who is sick with dengue. I have a cousin who had a worst case of dengue and it was like hanging on a thread to survive(thank God she survived!). 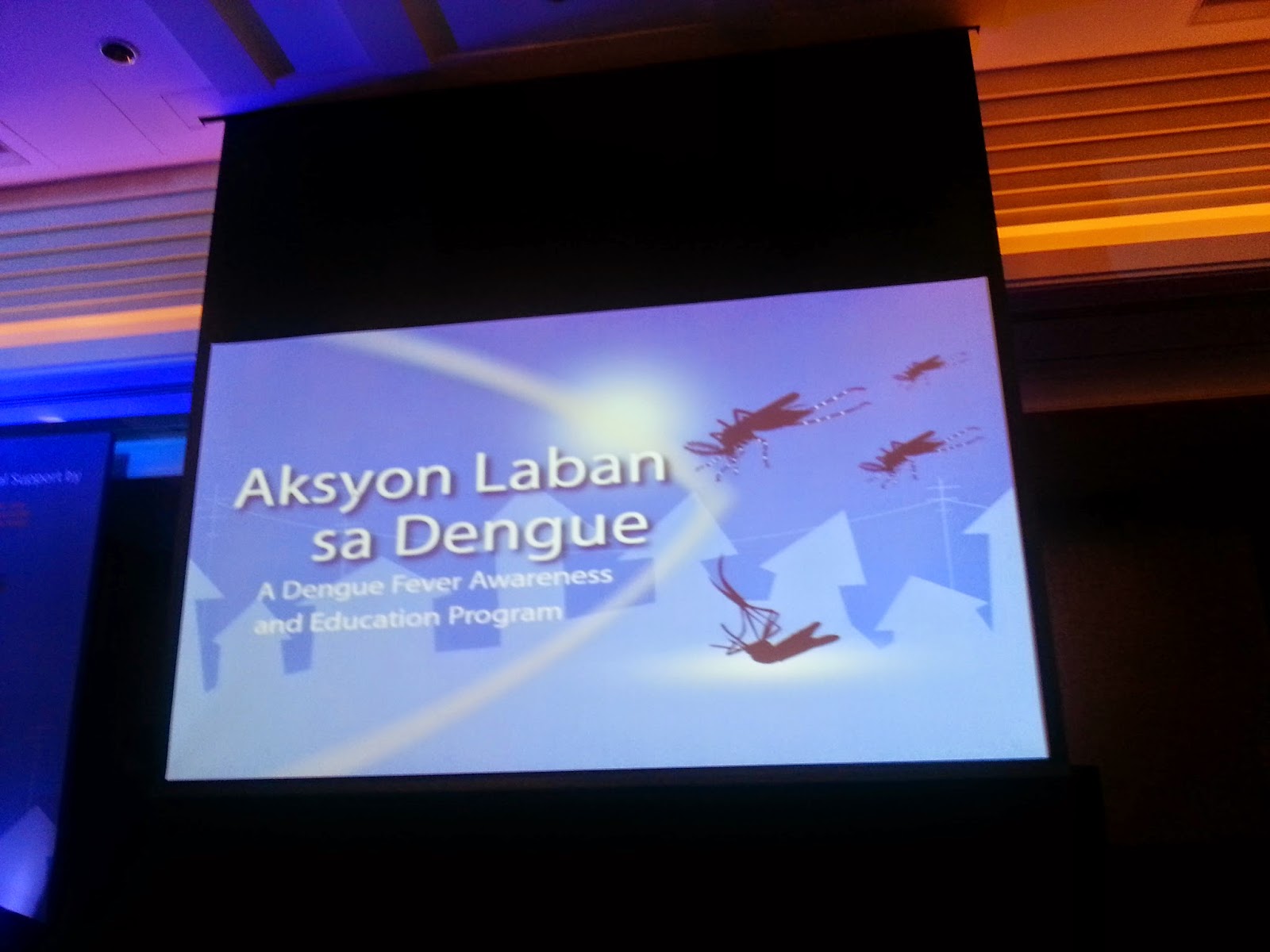 And in all cases, prevention is the key! But first, read on and find out more of the symptoms, signs and how to stop fever and dengue. I learned a lot too when I attended the Aksyon Laban sa Dengue, A Dengue Fever Awareness and Education Program held at Makati Shangri-La.

Do you know that the most dangerous animal bite in the world is also the most common and often go unnoticed? Caused by the deadliest insect in the world, the Aedes aegypti mosquito, dengue is the most rapidly spreading mosquito-borne disease in the world and is more rampant in countries with tropical climates like the Philippines. Dengue affects more children than adults, with kids one to nine years old as the most vulnerable victims because of their predilection to mosquito bites. In some regions, dengue has reached epidemic proportions.

The World Health Organization has recommended Paracetamol as the preferred and only recommended analgesic treatment for Dengue Fever. Aspirin or ibuprofen is not advised as these drugs may aggravate bleeding.

Calpol®, a product of GSK, contains Paracetamol specially designed to offer effective relief from the discomforts of pain and fever among children. Calpol® also has the broad suitability associated with standard paracetamol so you can be assured that it won’t harm your child when used as directed. 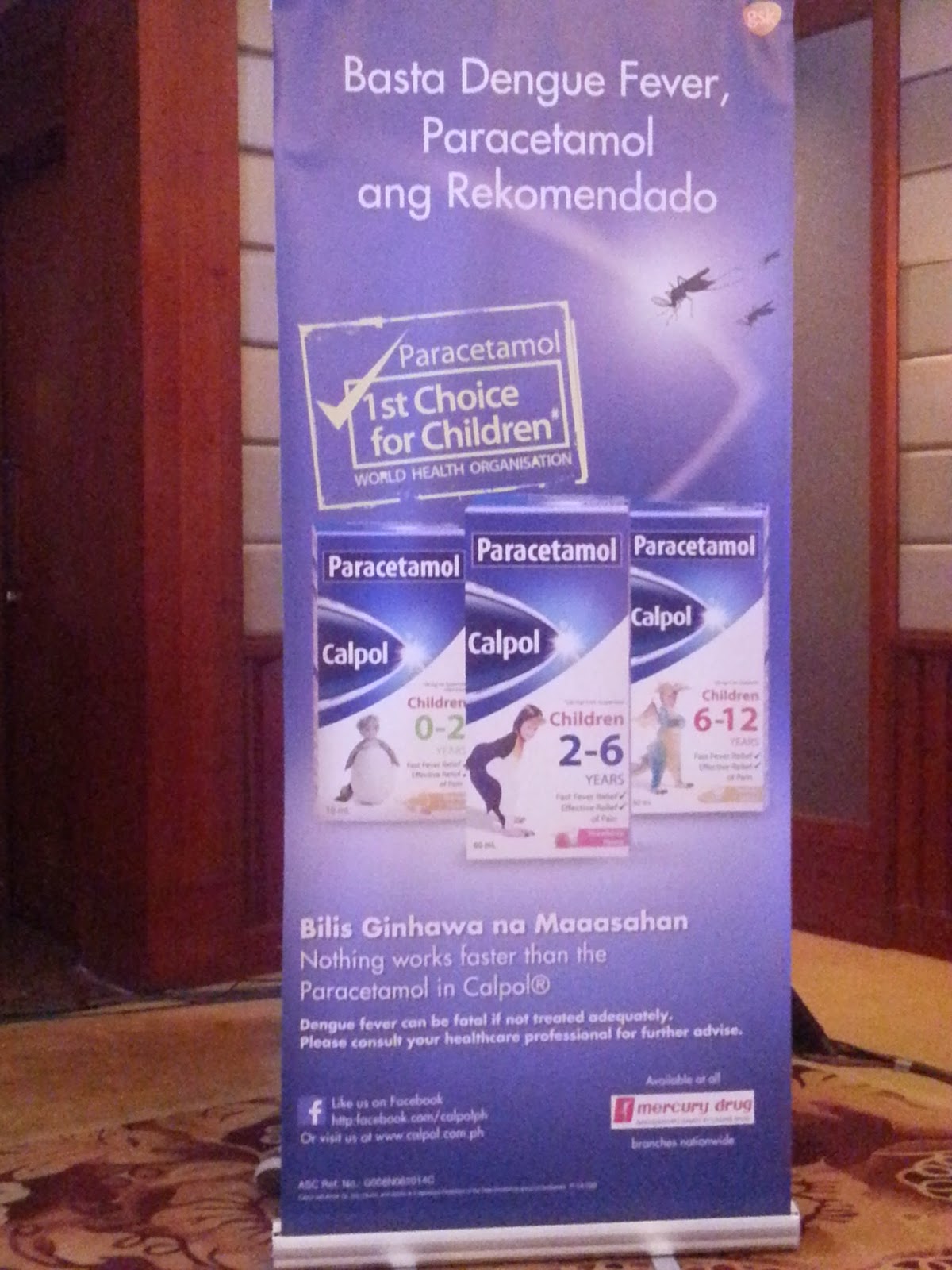 GlaxoSmithKline, one of the world’s leading research-based pharmaceutical and healthcare companies and maker of doctor-recommended Paracetamol Calpol, joins forces with the Department of Health and the Philippine Pediatric Society in spearheading a campaign called “Aksyon Laban sa Dengue: A Dengue Fever Awareness and Education Program” as well as a Barangay Caravan that will bring dengue fever awareness efforts to the grassroots level. 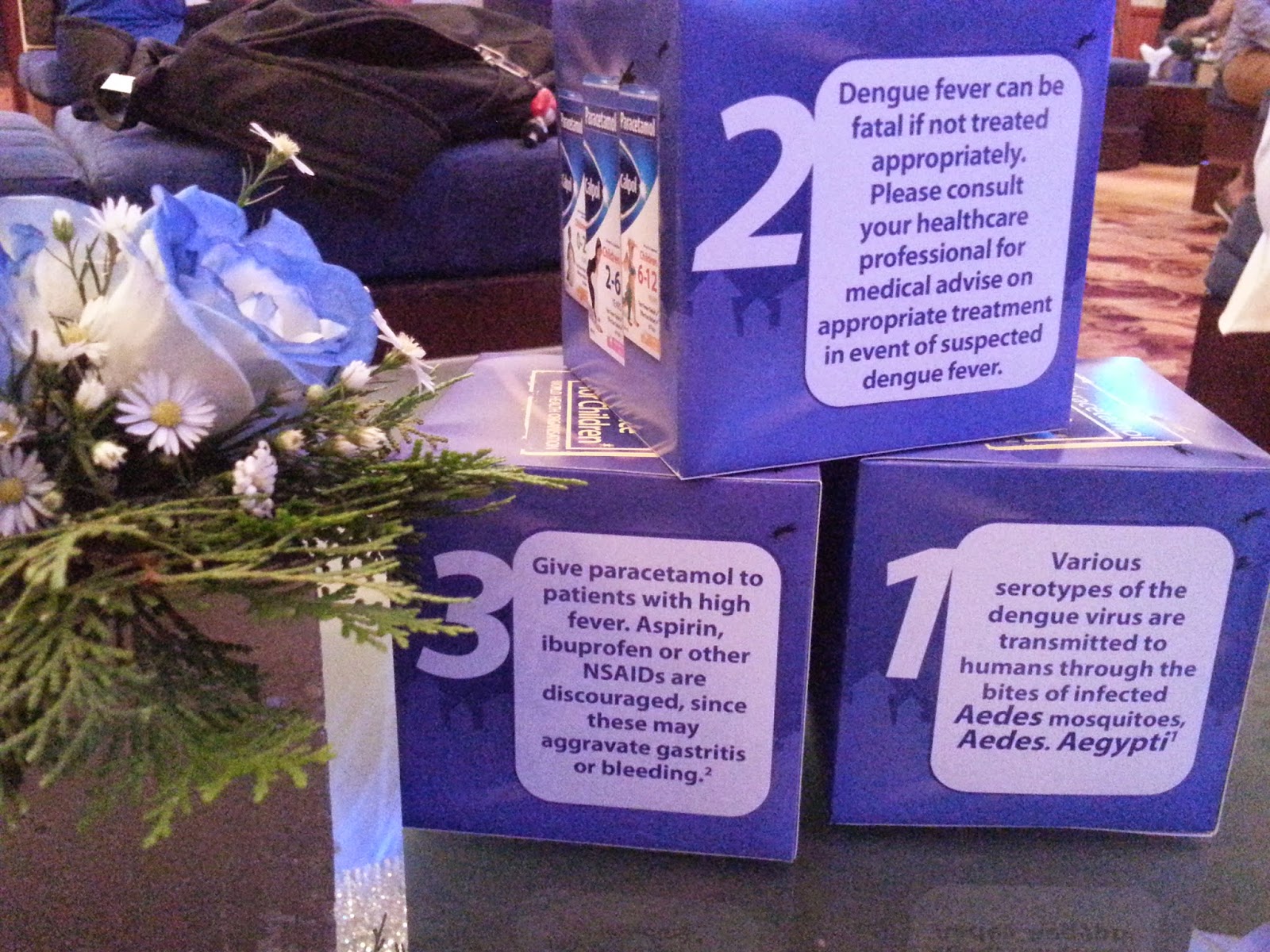 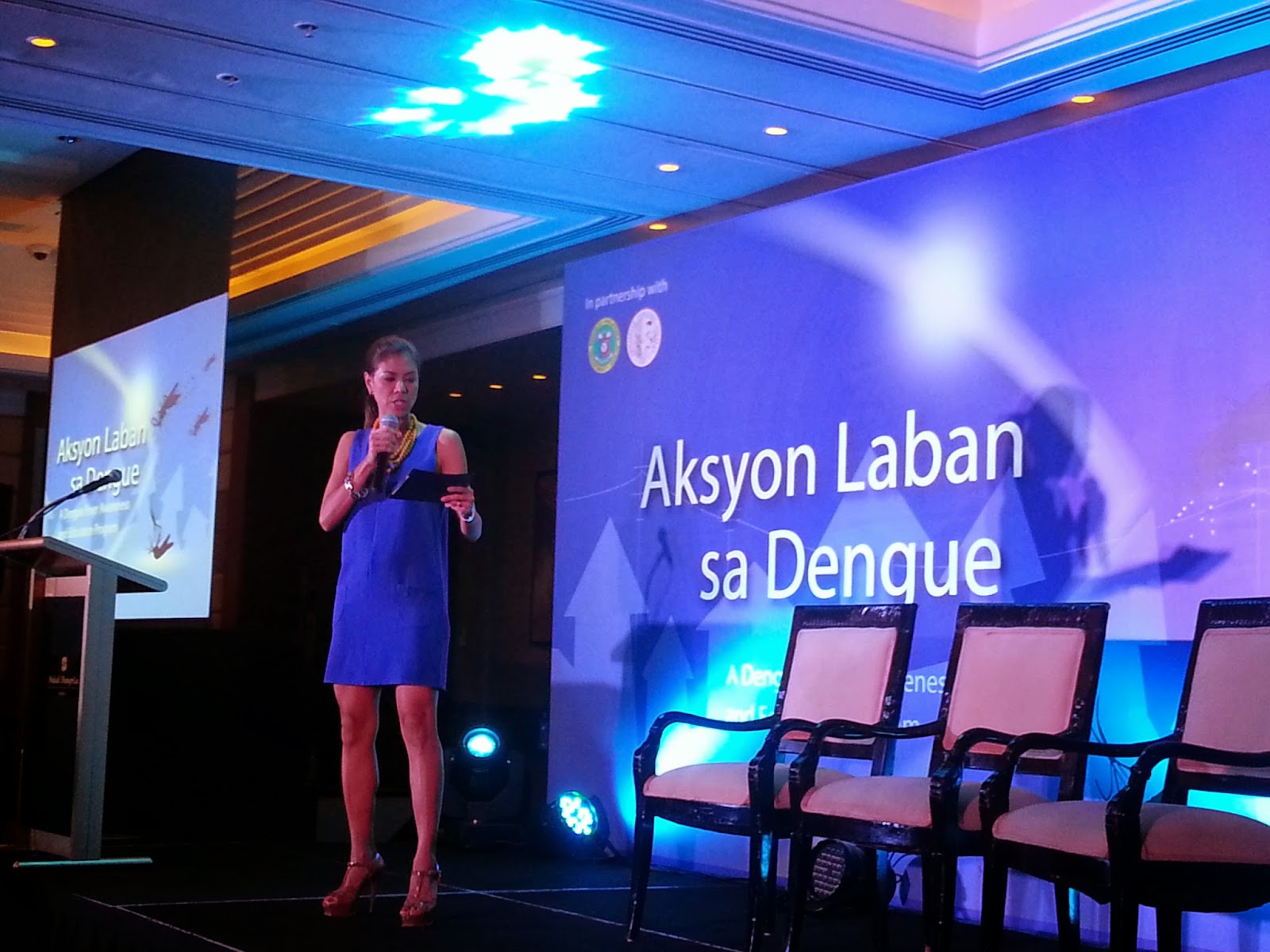 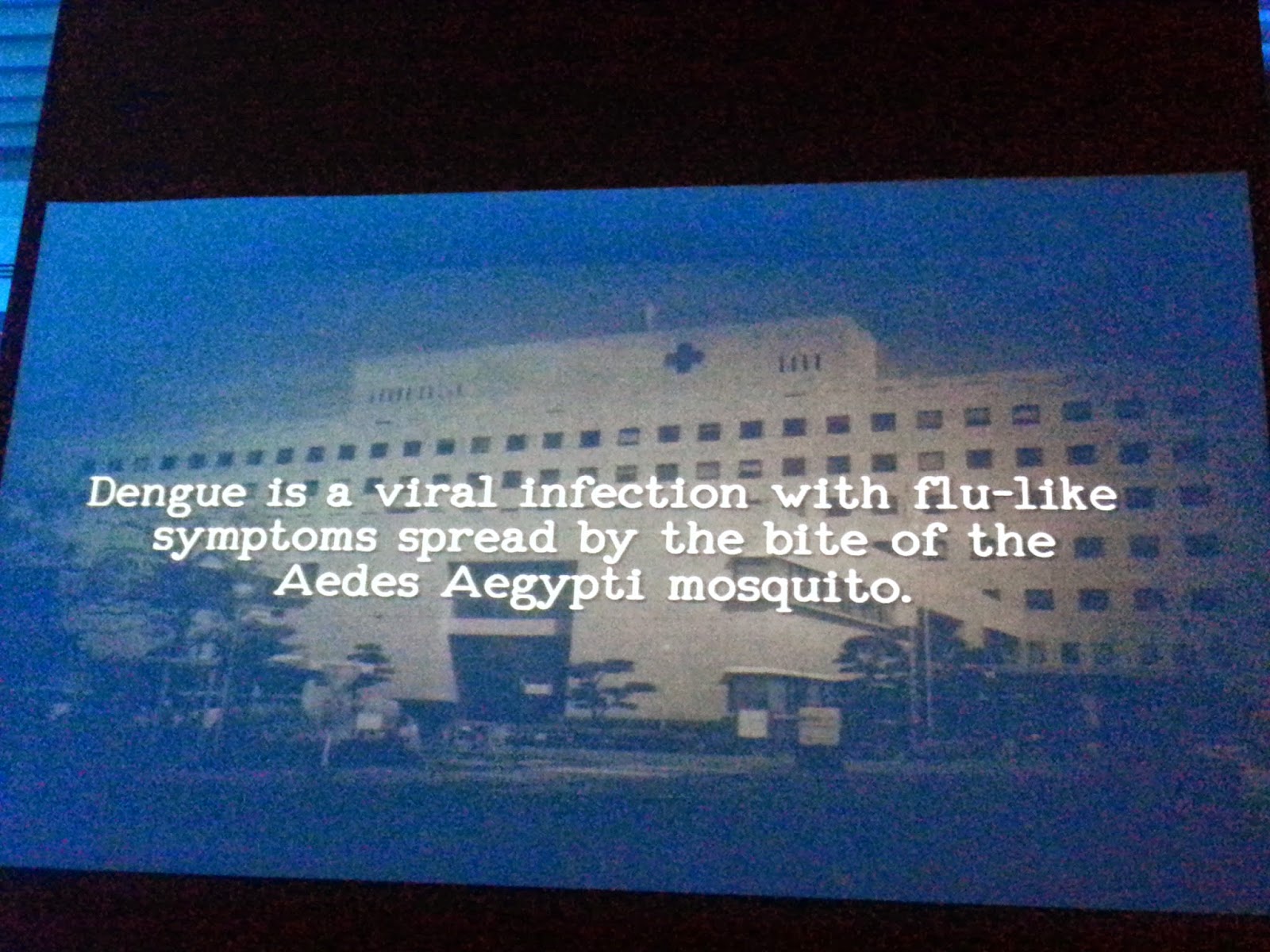 “Dengue is a worldwide health issue. Based on WHO records, there have been 100 million dengue cases recorded and 5 percent resulted in death,” points out Department of Health Undersecretary Dr. Eric Tayag. “Last year, the DOH recorded 204,906 dengue cases resulting in 660 deaths while in 2014, there have been 24,900 cases which have resulted in 100 deaths,” Dr. Tayag added.

“But the truth is, dengue can be prevented and stopped. The important thing is to know the facts about the disease,” said Dr. Tayag. 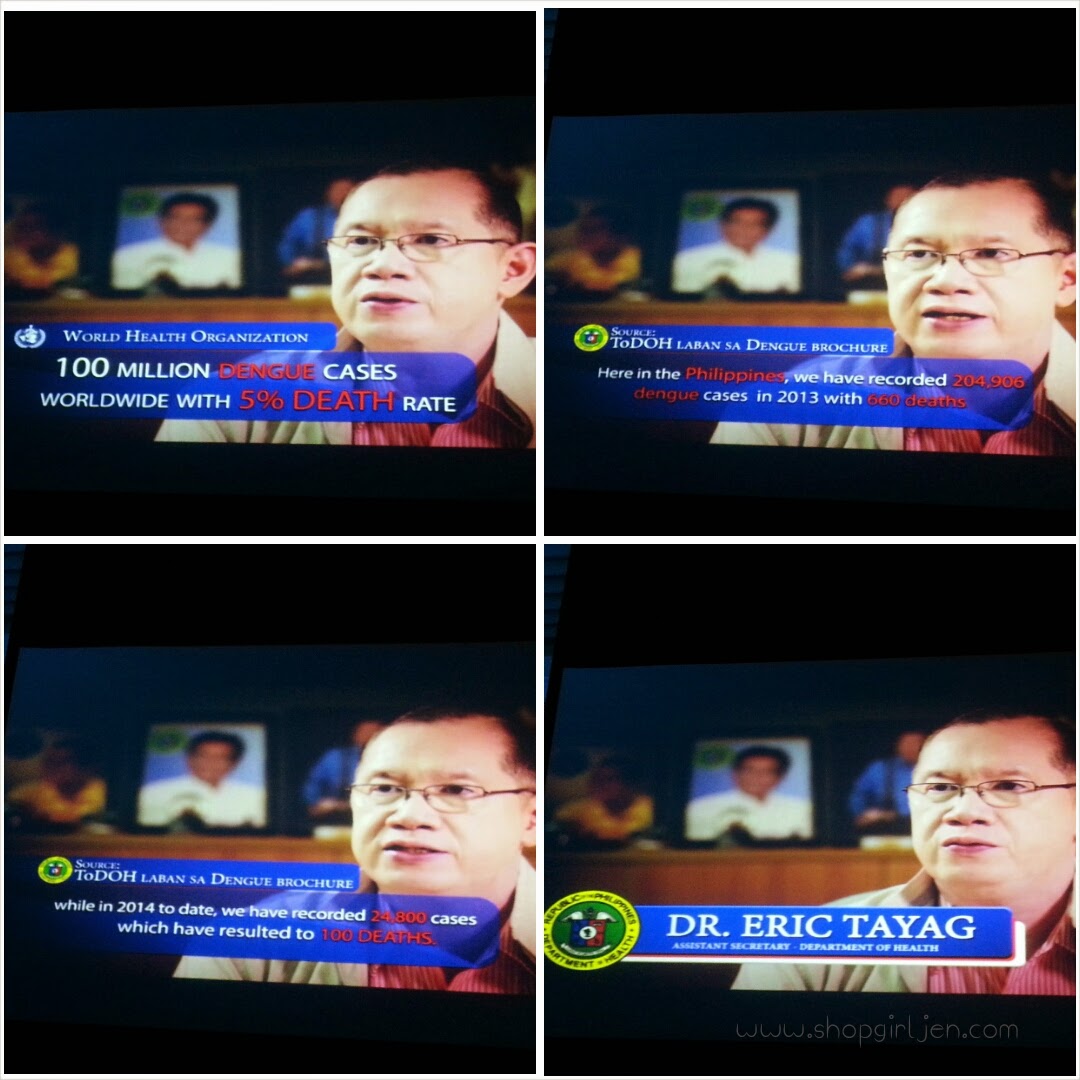 Here are the signs and symptoms of Dengue. Aside from fever, other signs and symptoms of dengue include headaches, nausea and vomiting, loss of appetite, abdominal pain, muscle and joint aches, rashes, and bleeding manifestations. If any of these symptoms are present, the patient must seek their doctor’s advice immediately.

“Dengue is a clever and cunning disease,” declares Dr. Sally Gatchalian, secretary of the Philippine Pediatric Society. “It can disguise itself as other diseases. So, during the rainy season, which is when we usually see an increase of dengue cases, it is important to be on the lookout for fever that is at least of two days duration”. 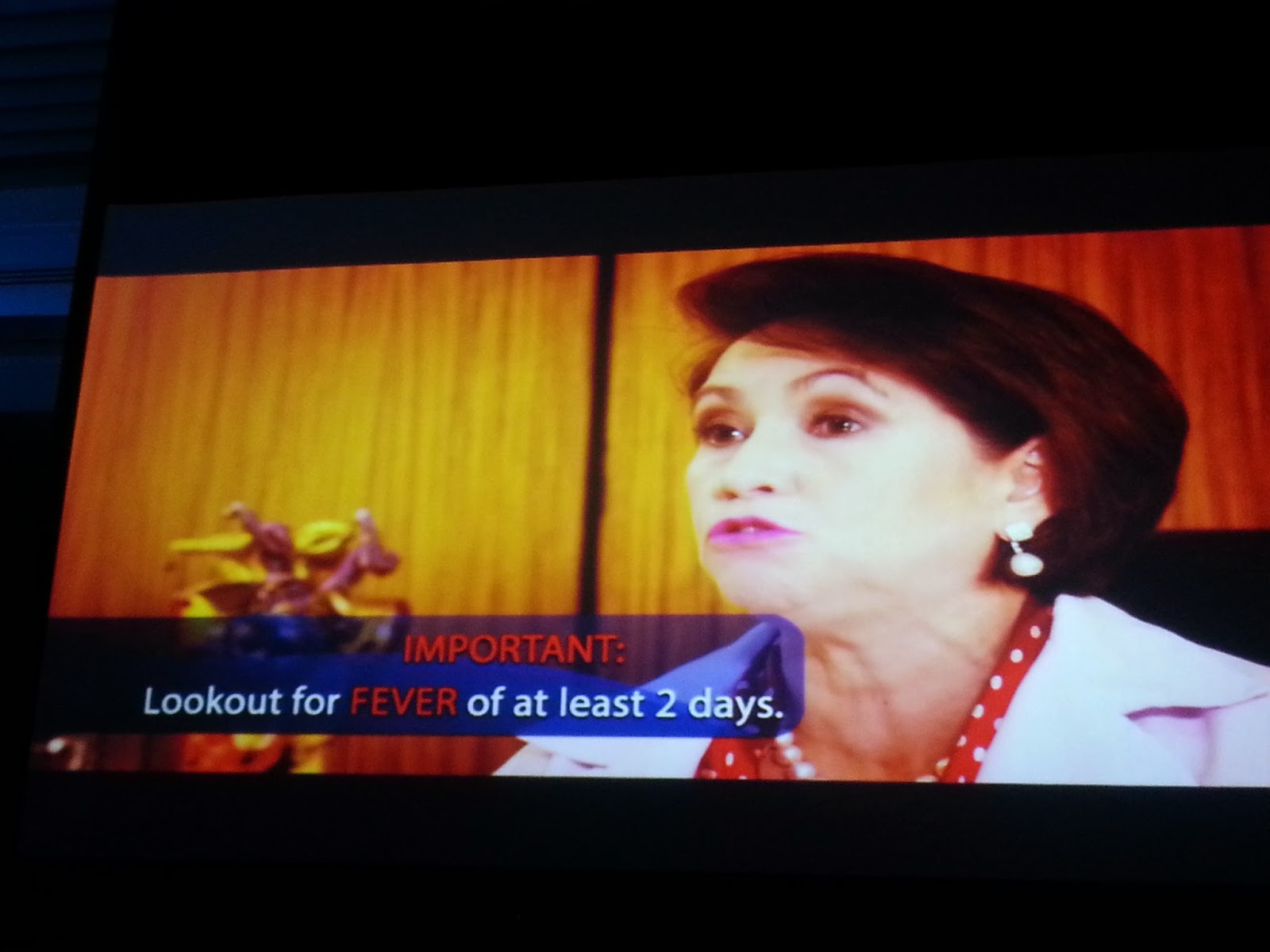 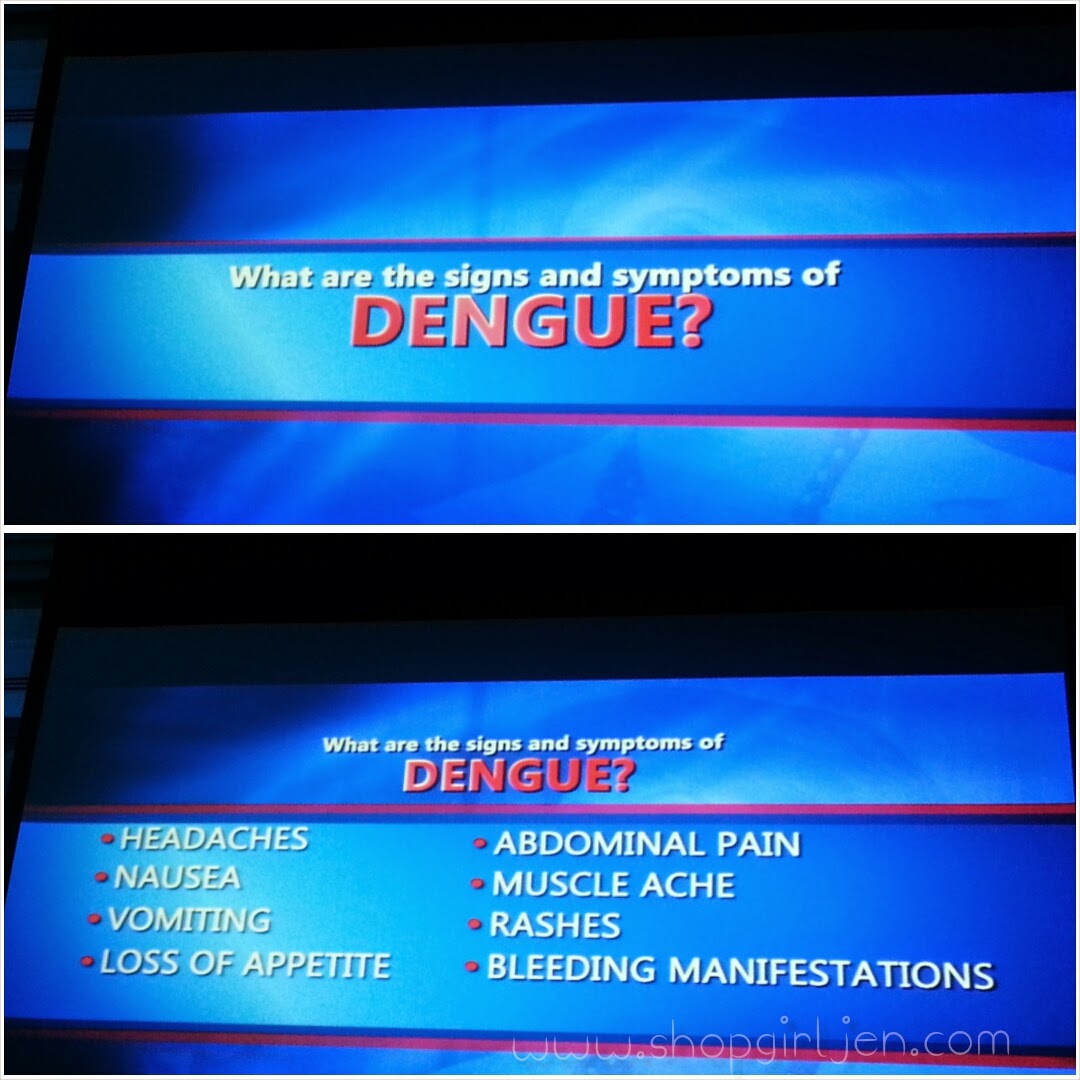 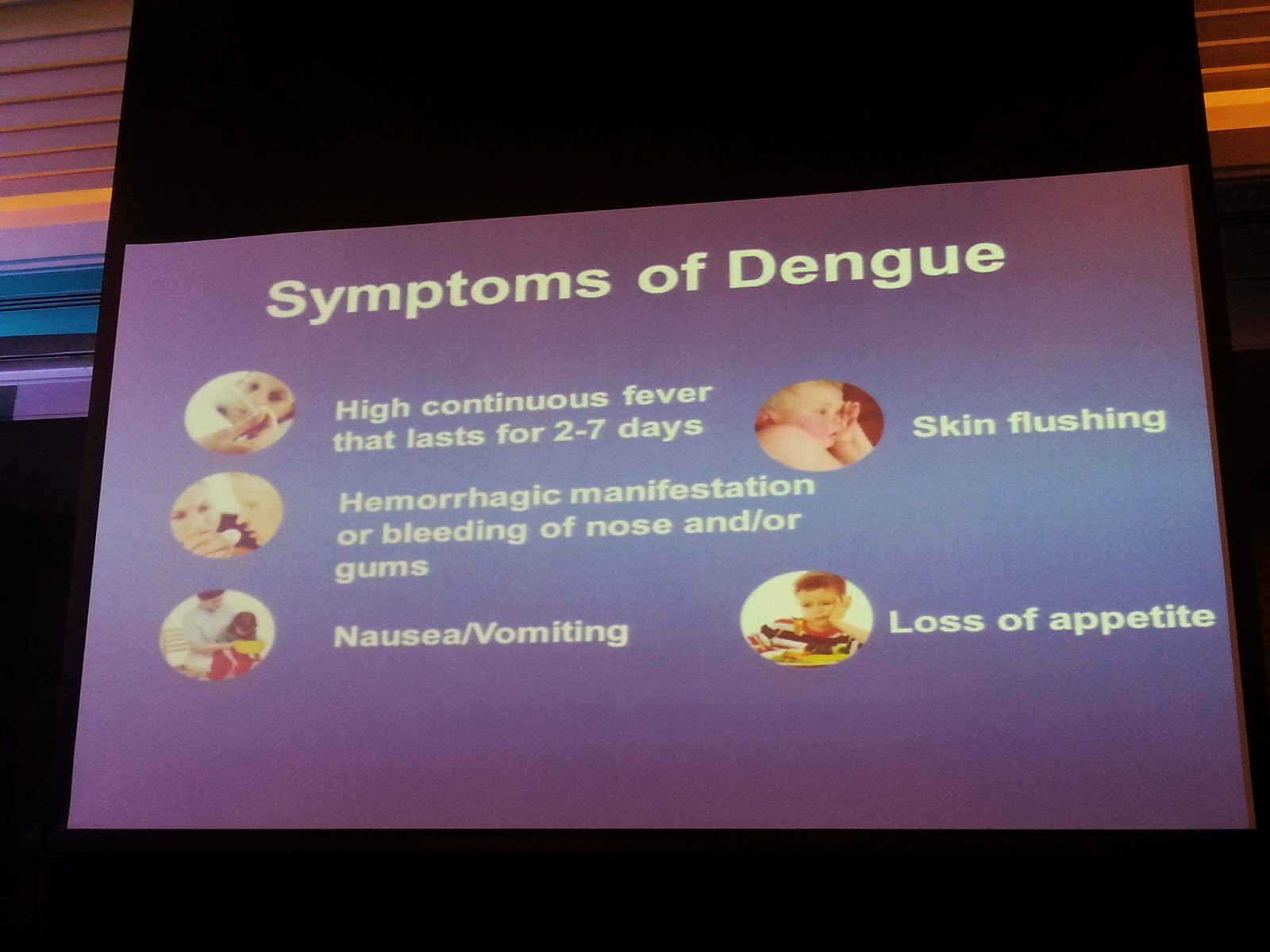 Know more of our enemy! In this case, we need to educate ourselves of the different characteristics of this deadly mosquito. 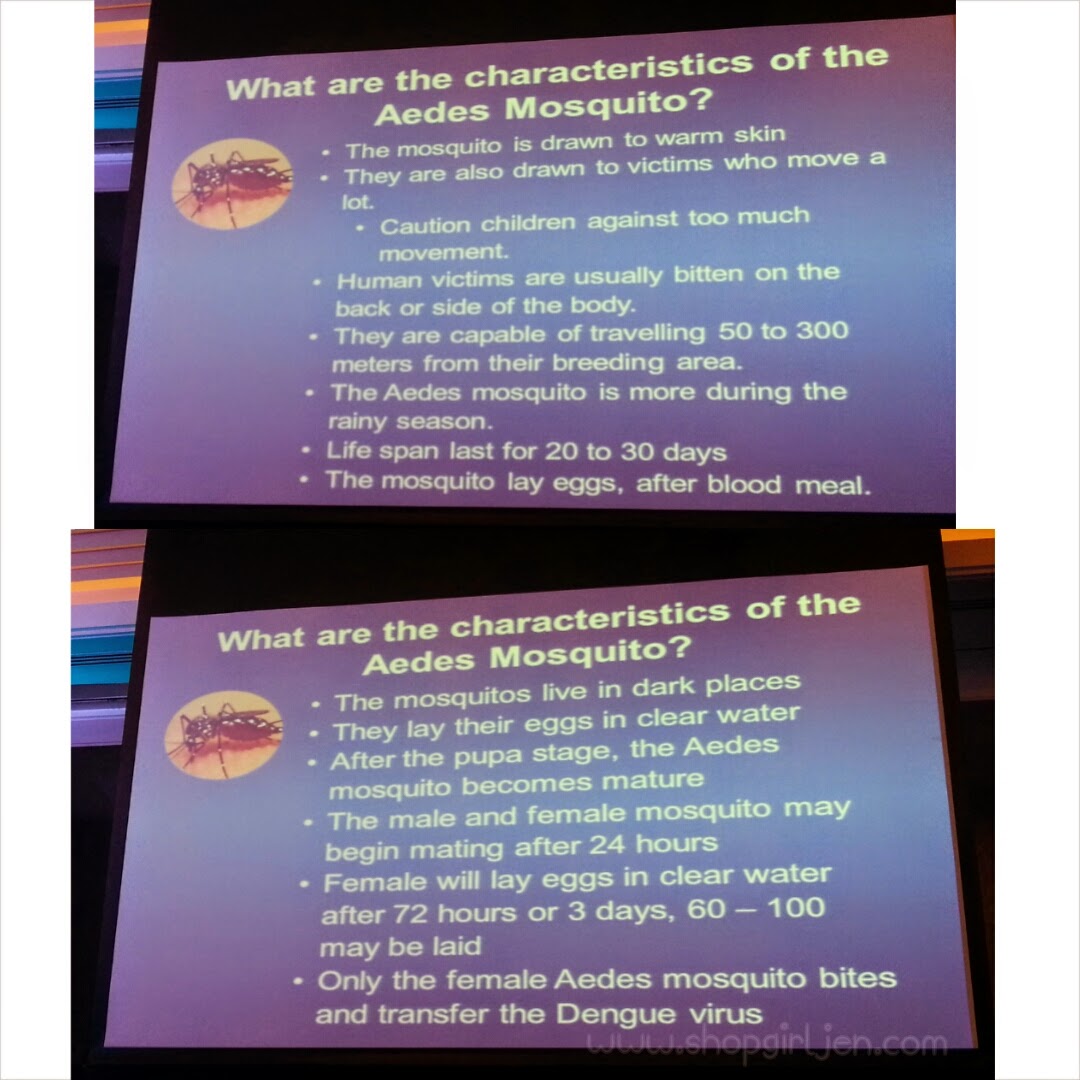 Some people think once they had dengue they will not be infected again. Yes, you can still be infected up to 4 times! 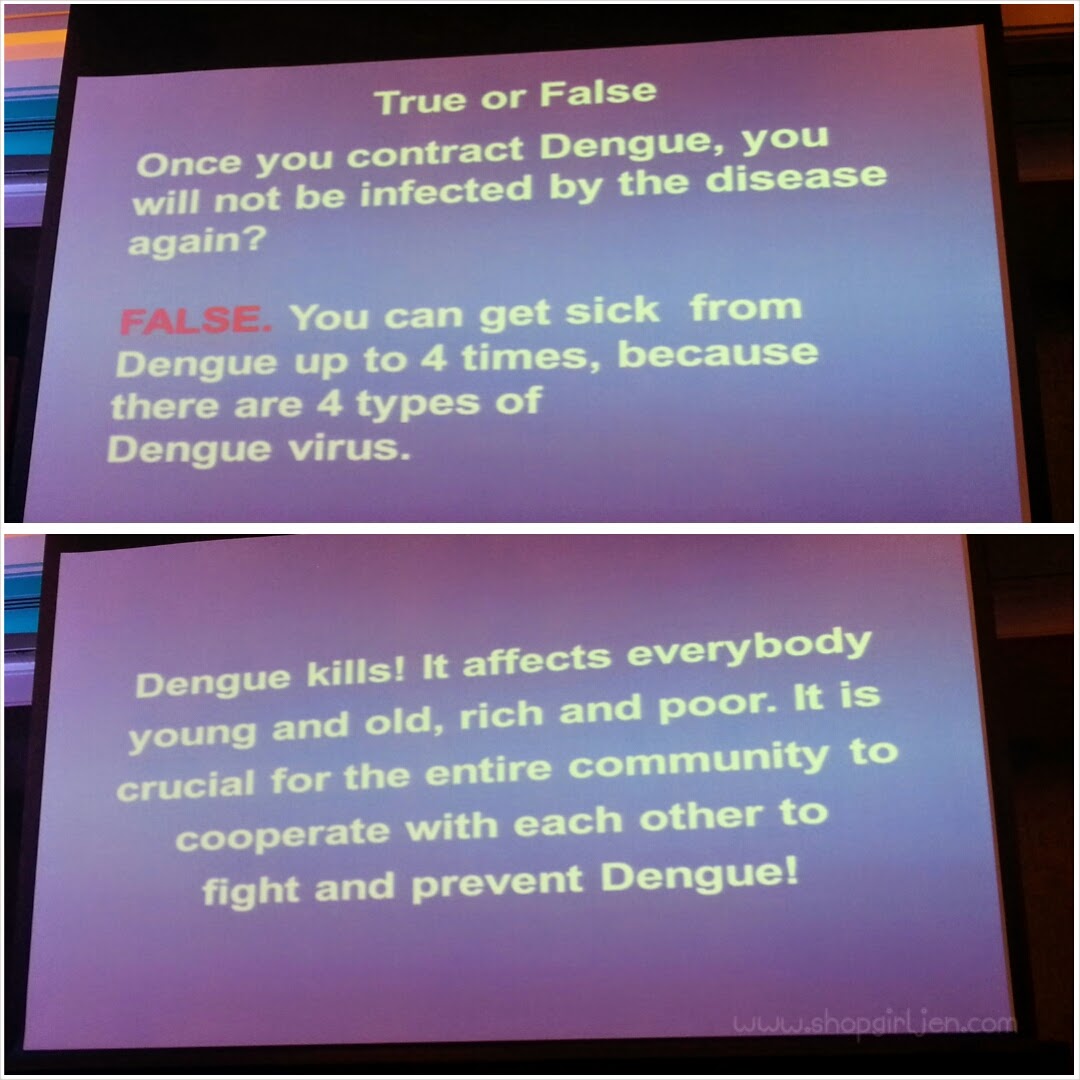 “While there is no specific medicine to cure Dengue, we can, however, alleviate the pain felt by the child by at least managing their fever, like giving them Paracetamol Calpol which provides soothing fever relief you can rely on, ” says Jeofrey Yulo, GM of GSK consumer health care. “When a child has fever, they feel weaker and lack the energy to enjoy life. So when fever strikes, it’s like they are putting their life on hold. In these times, you need a reliable partner to help provide a feeling of ginhawa that your sick child needs.” 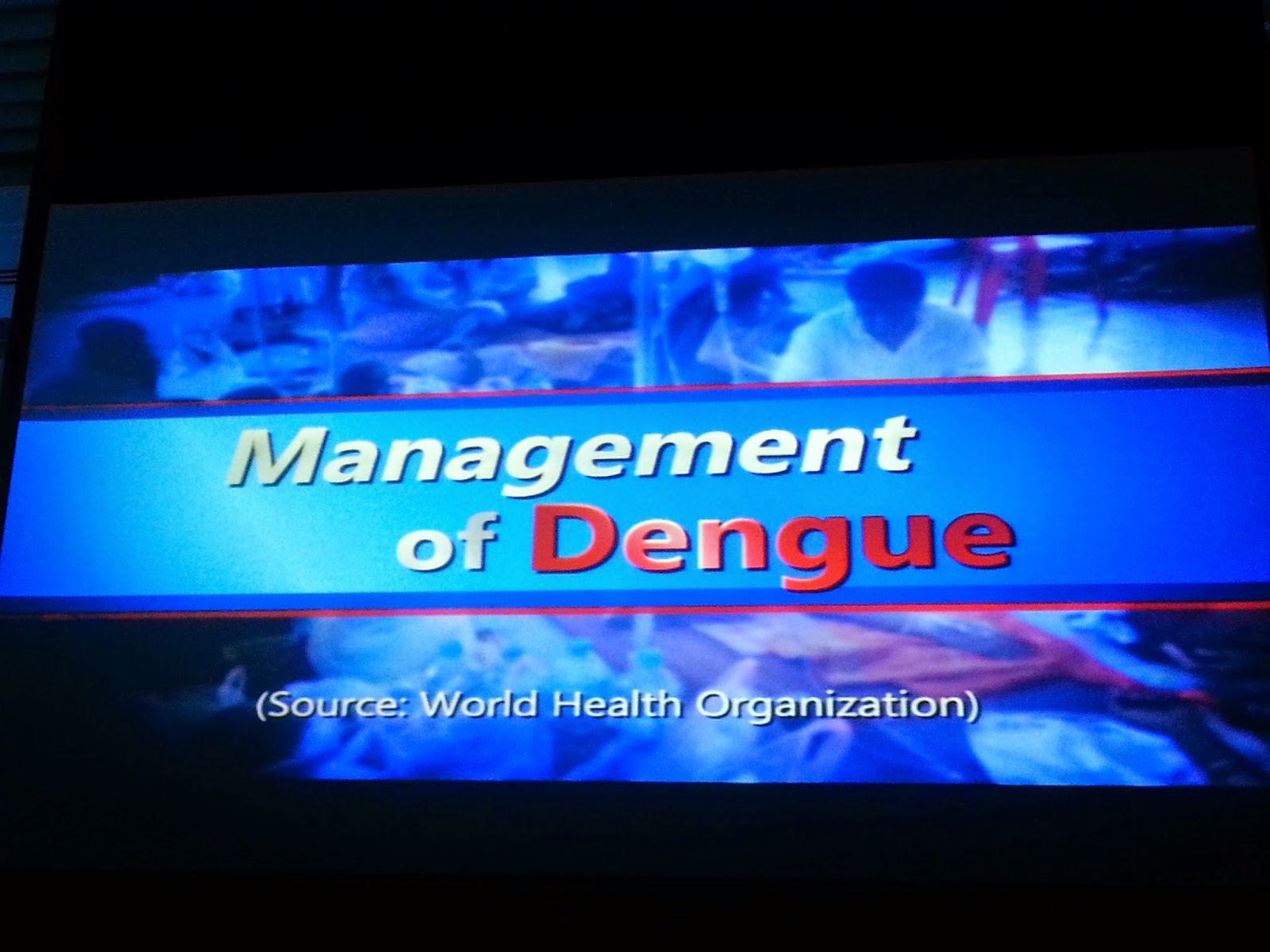 Eliminating dengue must be a community effort. One such remarkable initiative is the partnership of the DOH, the PPS and GlaxoSmithKline, maker of doctor-recommended Paracetamol Calpol which targets selected barangays within Metro Manila with identified high cases of dengue incidence.

The DOH will initially be facilitating the training of health practitioners to discuss new dengue incidence and disease trends as well as updates on its prevention and treatment guidelines. The PPS health committee will then cascade these dengue modules based on DOH guidelines with the selected barangays. On its part, GSK will be bringing doctors to these areas to lead the Dengue information campaign to help Filipinos protect their families and loved ones from this deadly menace. 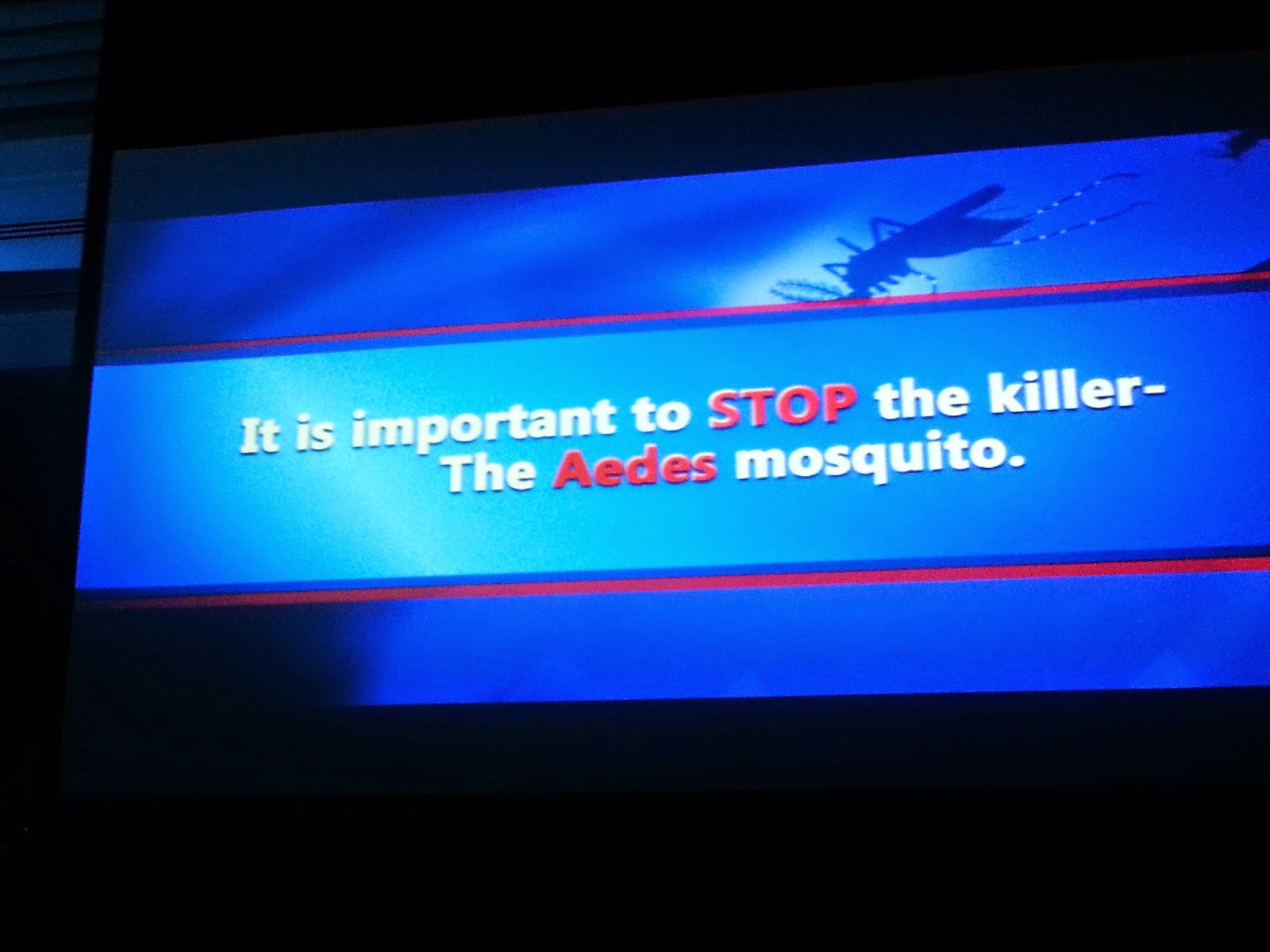 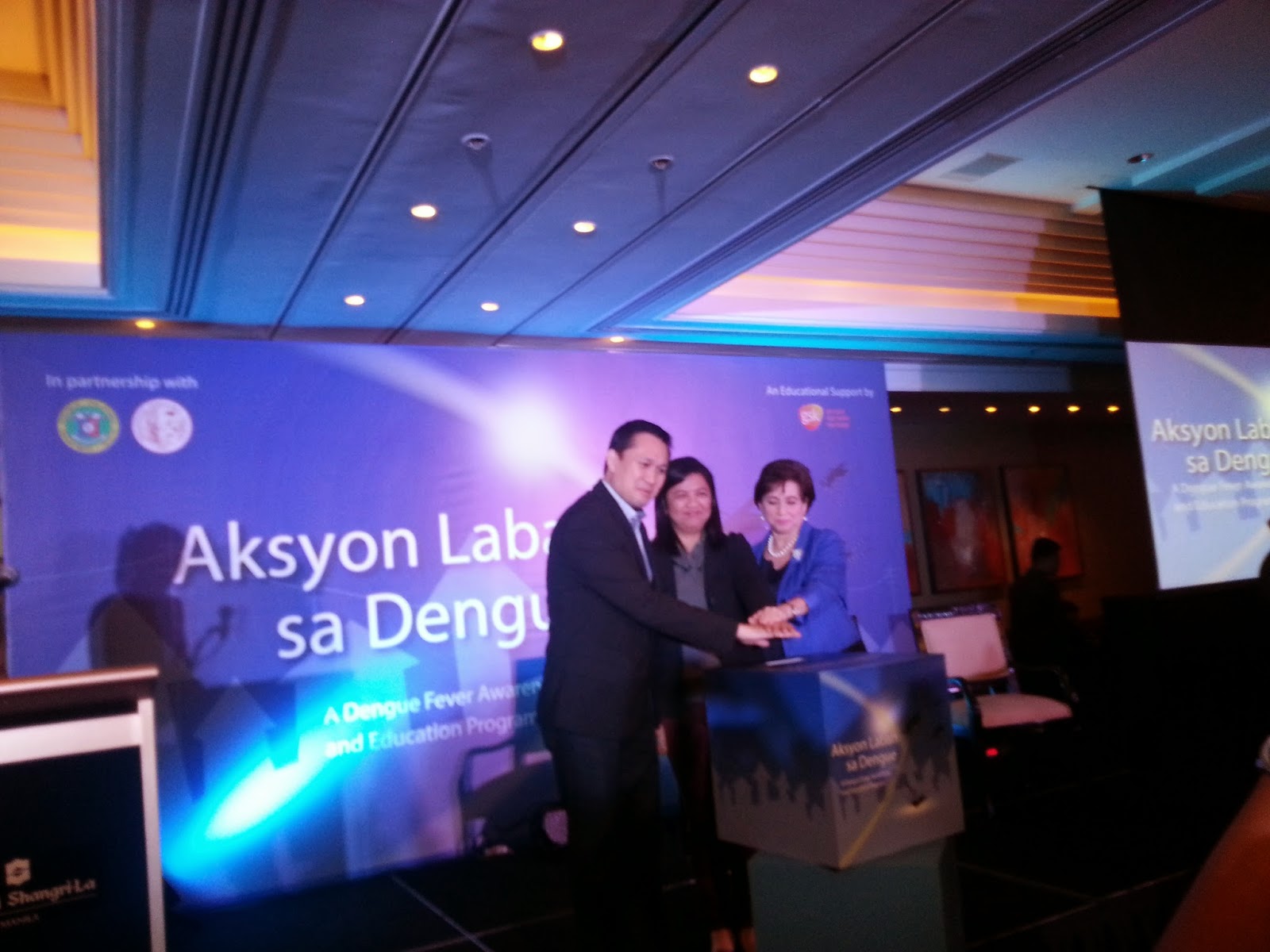 “You can protect your loved ones by knowing more about this debilitating disease, its prevention and management. At the onset of dengue-related symptoms immediately seek the advice of your family physician. In cases of fever, (paracetamol) Calpol®  is the Filipino mom’s partner in providing effective , soothing fever relief that is suitable for children.” adds Yulo.  “And because nothing works faster on fever than the Paracetamol in Calpol®, you are assured of your child going back to his normal, playful self again”.

The CALPOL® line of products contains Paracetamol that are specially formulated to give effective fever and pain relief among children. It comes in 3 formulations: 100mg/mL infant drops 10mL, 120mg/5mL suspension 60/120mL and 250mg/mL suspension 60mL. It is also available in two (2) great-tasting flavours, orange and strawberry, that children will surely love. 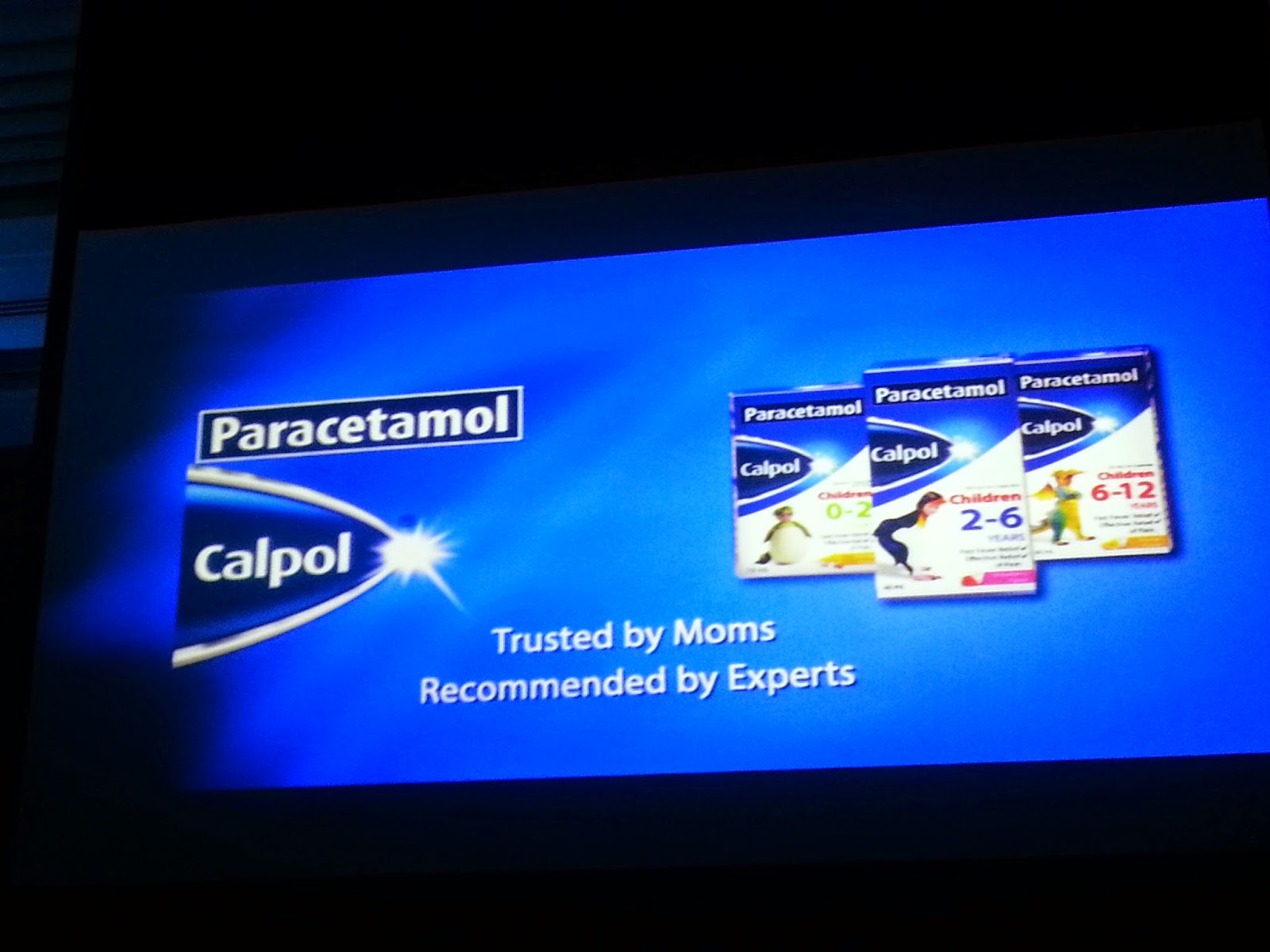 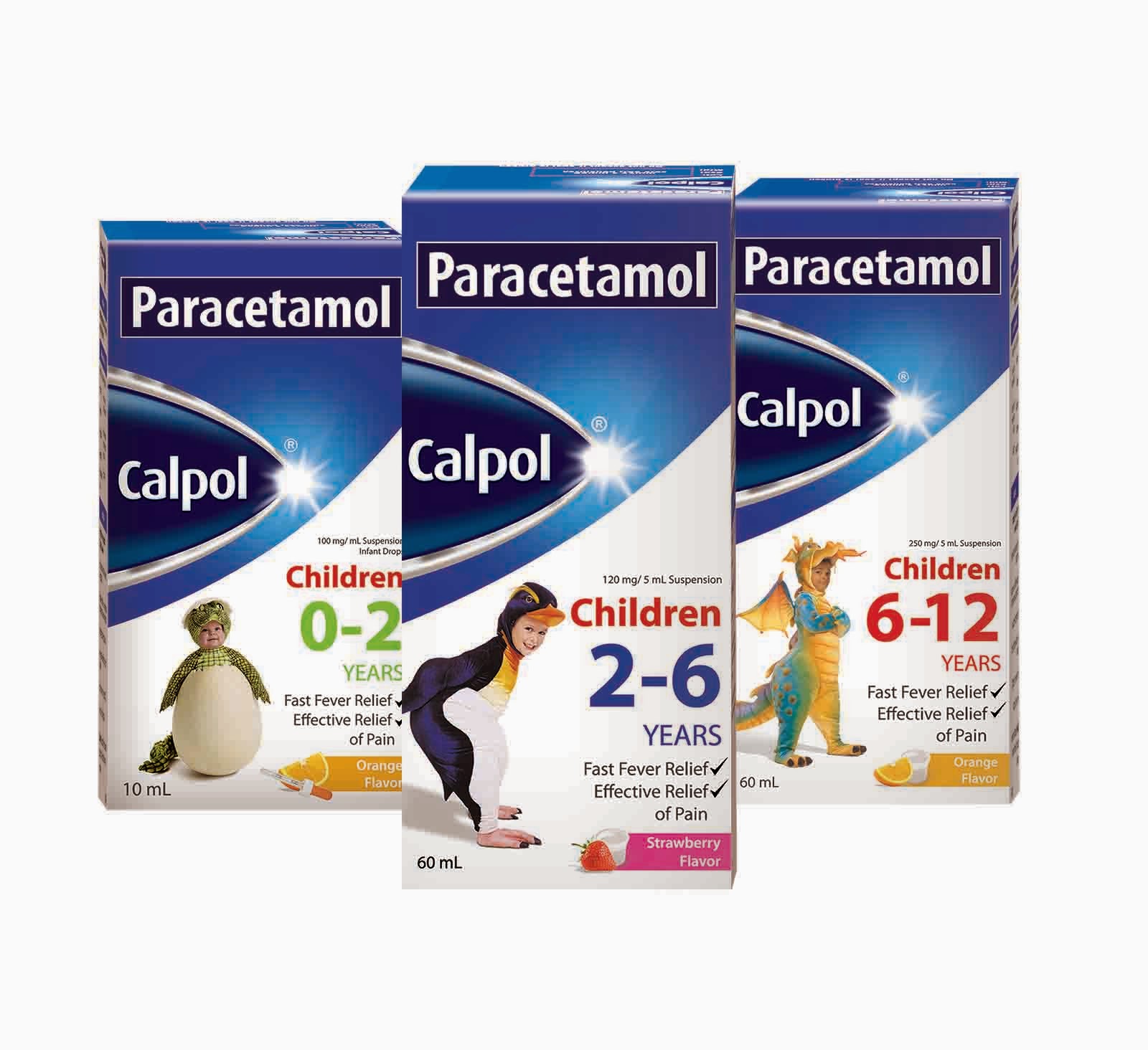 If symptoms persist, consult your doctor.  For more information about (Paracetamol) Calpol®, and its Dengue campaign, visit www.calpol.com.ph  or like on Facebook at http://facebook.com/CalpolPH.
For further information please visit www.gsk.com.

Dengue is a very scary threat to us all, especially as moms of little children. My kids' pedia said that Calpol is the better tasting fever relief medicine. I hope to try it just in case my kids get sick, but I hope not soon.

That's true Dengue is really one of common disease in our country especially rainy season! That's why government or DOH launched programs to educate people to clean their surroundings.

Dengue is scary that's why we have to take care of everyone in the family!

Thank you so much for this informative post! Ever since, one of the sicknesses that I fear talaga is dengue mainly because it is deathly and because it is super easy to get it (it's harder to avoid mosquitoes than a sick person!). Now, as a mom, I've become even more vigilant!

Aside from paracetamol, drinking lots of water is a great way to cure dengue :)

Yes. And clean surroundings is one of the preventive ways against dengue. :)

same here! Whenever my daughter gets sick, nag google talaga ako for answers. And one of my fear talaga is dengue. You can be caught unaware kasi ung symptoms nya almost same lang ng ibang sakit.

I'm really scared of Dengue that is why I always make sure wala kaming nakaimbak na water around the house na pwedeng pamahayan ng mosquitos.

Here in the province, we have this plant called "Tawa-tawa" which helps producing blood platelets. Aside from the paracetamol, Tawa-tawa is best for dengue, even doctors here suggests that patient diagnosed with dengue to take tawa-tawa. :)


But as always, prevention is way better than cure.. :D

It's really great that they have this. I'm always praying that my family won't have this scary illness.

Which is more expensive Tempra or Calpol?

My two minis had a dengue scare a few weeks ago. During our week of on and off fever, we always had Calpol ready just in case one of them gets really high fever. Thankfully, it wasn't dengue (just a viral infection)...but I'm glad I had Calpol with me because my son is prone to febrile seizures.

Dengue is, indeed, very scary. I admit I'm very paranoid around mosquitoes, I mean, it takes just one mosquito bite!! Kaya we have to focus a lot on prevention! I always have my son's bug repellant with me, mosquitoes are every where.

'Twas great seeing you at the event :) Let's keep on spreading the awareness.

I like it when private companies join forces with the government to help the people of this country. I hope Calpol will visit Barangays (especially in the remote area) to educate the people there and give some Calpol also :)