Following the success of ONE VOICE PILIPINAS online benefit concert which raised more than P5 million cash donations, Landers Superstore, together with the Philippine Army, will be holding its second ONE VOICE PILIPINAS online concert on March 28, 7:00pm on its event host, Matteo Guidicelli’s official Facebook page, to enjoin everyone to help families in need during the calamity that was brought about by the COVID-19 virus. 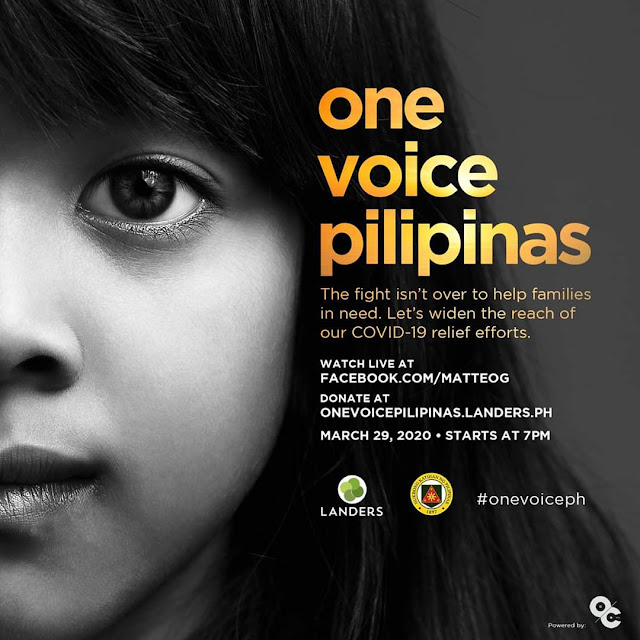 Send in your donation via One Voice Pilipinas’ website: www.onevoicepilipinas.landers.ph. Proceeds will be used to prepare food and will be distributed to areas with COVID-19 cases.