I remember my time when I became a Jolly Toy Scout for half a day (you can read my post here), and how I felt after. Not only I enjoyed my day cleaning toys and books, but I was able to spread my love even in a small way.

And now, a merrier and longer Christmas awaits kids across the country as Jollibee celebrates the 20th year of Maaga ang Pasko. To set the early Christmas mood, Maaga ang Pasko caroling events were held in different Jollibee branches featuring celebrities and chorale groups to officially launch the campaign.

The Christmas spirit was definitely in the air as Jolly Toy Scouts and customers trooped to the stores to listen to all-time favorite carols and drop their toy and book donations.

Jollibee then paid tribute to long-time ambassador and original Jolly Toy Scout Aga Muhlach at Jollibee Canlubang in a similar caroling activity. Together with members of the Jollibee marketing team, the seasoned actor gamely joined the Lumen Anima Chorale in a more upbeat rendition of the Maaga ang Pasko jingle.

“Maaga ang Pasko came from a very simple idea but a genuine desire to make kids happy on Christmas time. No matter what they may be going through in life, a kid’s face lights up whenever you give them a toy. I approached Jollibee because I know they can help me expand that into something even bigger and more impactful,” shared Aga. “I could not be any more grateful to Jollibee for bringing Maaga ang Pasko to where it is now, as the longest-running and biggest campaign of its kind in the country that has reached hundreds of thousands of children across the country.” 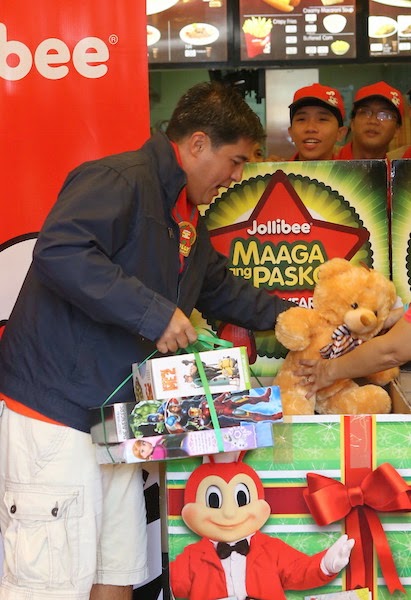 The celebrity guests each led the gift-giving ceremony by making their own toy and book donations together with members of the Jollibee Kids Club. Jollibee customers showed their support by lining up to drop their donations in the Maaga ang Pasko boxes.

At Jollibee Mabalacat in Pampanga, young sensation Nadine Lustre brought her own family to take part in the gift-giving campaign. “Our family has been supporting Maaga ang Pasko even before I became a Jollibee endorser.  I feel blessed because as an official member of the Jollibee family, I can now do more and influence more people to share what they have and make kids happy this Christmas.” The actress also serenaded her fans with songs from her debut album, as well as joyful Christmas jingles with the Lumen Anima Chorale. 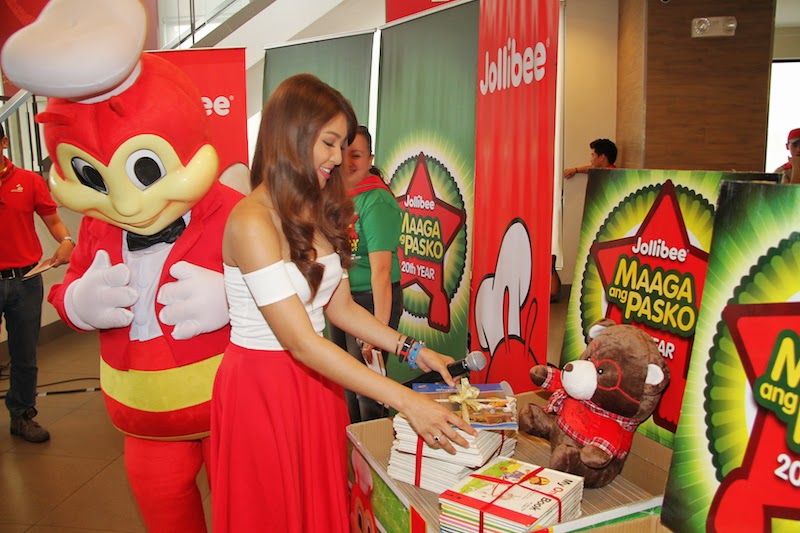 At Jollibee Greenmeadows in Quezon City, The Voice Kids Top 4 finalists Lyca Gairanod, Juan Karlos Labajo, and Darlene Vibares performed their trademark songs and joined the Singles for Christ choir in singing the Maaga ang Pasko jingle. The young talents were also introduced as the newest endorsers of the Jollibee Kids Club, together with their fellow finalist Darren Espanto. 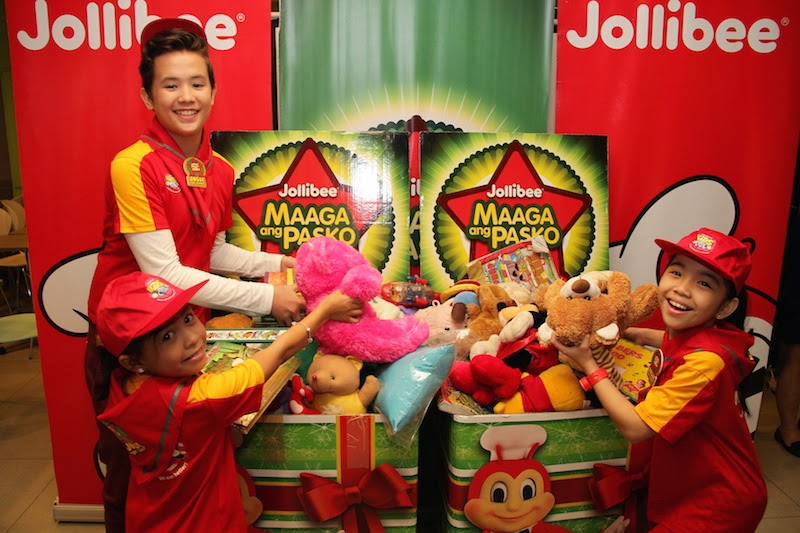 Through the decades, Jollibee Maaga ang Pasko has shown that it’s never too early to learn to share your blessings with others. 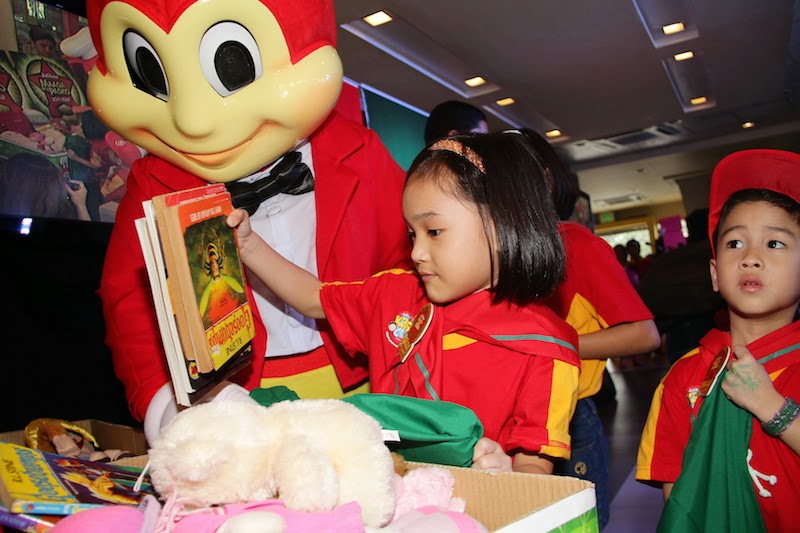 Talented as they are generous, the members of the Jollibee Kids Club in Pampanga shared their talents and sang Christmas carols with the Lumen Anima Chorale. 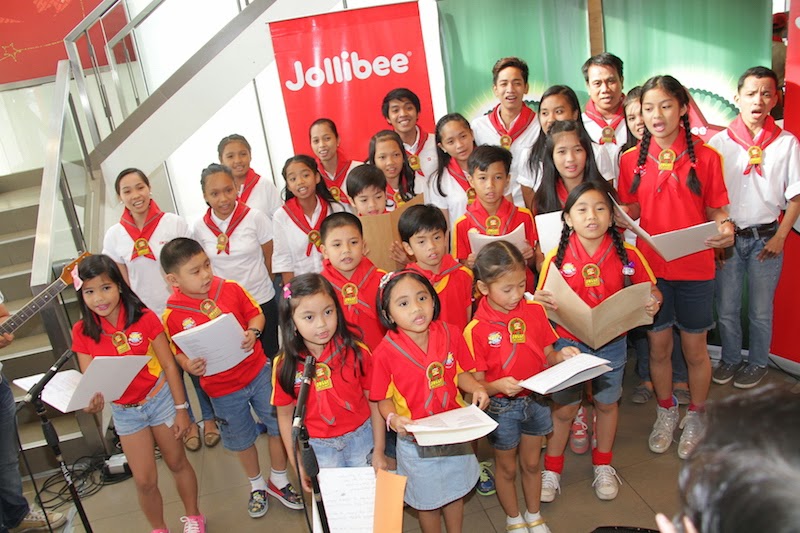 Jollibee Kids Club members donate toys and books to share the brightness of Christmas with other kids in need. 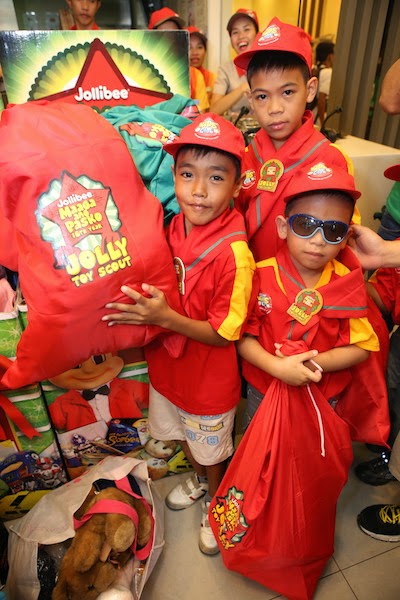 “For the 20th year of Maaga ang Pasko, we’re targeting to bring the magic of toys and books to the most number of children in the history of the campaign. We are once again counting on the support of kind-hearted Filipino families from all over the globe to make this year the ‘pinaka-maaga, pinakamahaba at pinakamalaking Pasko’ for our Filipino kids,” said Jollibee Vice-President for Marketing Harvey Ong.

Aside from dropping donations in Maaga ang Pasko boxes in Jollibee stores nationwide, anyone can also take part in the campaign by making online donations at www.jollibee.com.ph/MaagaAngPasko. Early Christmas shoppers can also buy and directly drop their donations in all Goodwill Bookstore and Toy Kingdom stores.