A week ago, I witnessed a "flash mob" in my favorite transpo when I commute. Yes, it's none other than the MRT station. But we usually see the flash mob ng dance. Not a singing choir, right? And in line with what's happening in our country right now, some of the faces inside the MRT either has a gloomy face or sadness because of the recent tragedy. I myself can't imagine how I will celebrate and feel the happiness that Christmas season brings.

So, imagine the surprise of all the people inside the MRT when one by one, children ages 8-14years old stood up, gathered at the center and began singing Christmas medley songs in tagalog. Kakaibang karoling indeed. 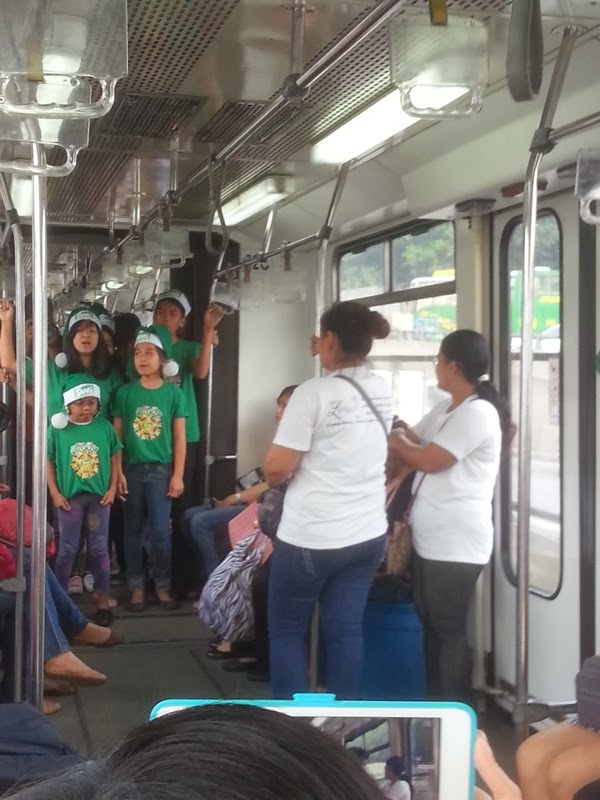 If there’s one thing we Filipinos love doing, it’s singing. Whether it’s a kid being asked to come up with an impromptu performance during a family reunion, or somebody belting out a power ballad into a videoke machine (with or without score), sharing the gift of music is in our blood. No wonder karoling is so widespread throughout the country when the “-ber” months come around. 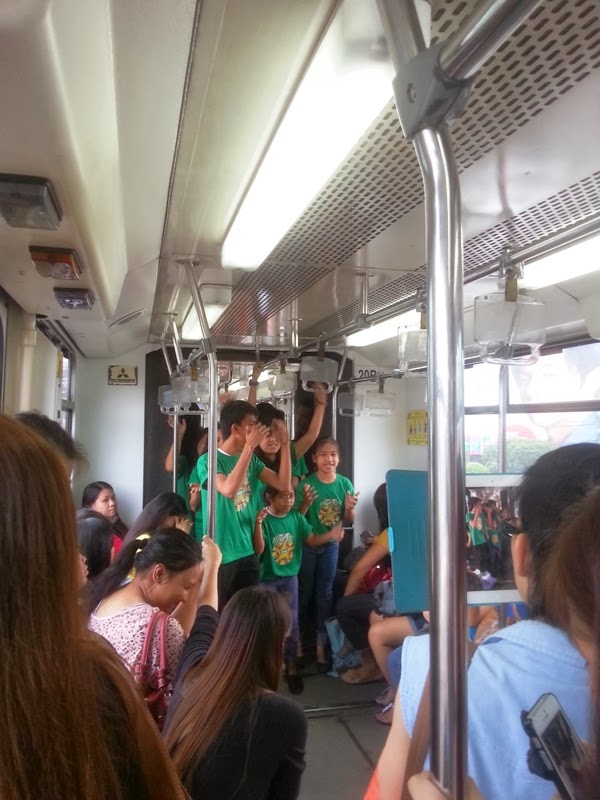 This image of karolers as bringers of Christmas cheer is central to Tang Philippines’ latest endeavor. This year, Tang plans to make everybody’s Christmas more colorful with its campaign to bring “Ang Kulay ng Pasko”. The first stop? The Karoling Flashmob right on the MRT. Tang brought together a special group of karolers to create a colorful Christmas for commuters, people who likely could use a bit more color in their everyday ride. Add to this experience the many refreshing, delicious and colorful flavors of Tang that make it a great brand to bring out the Christmas cheer! 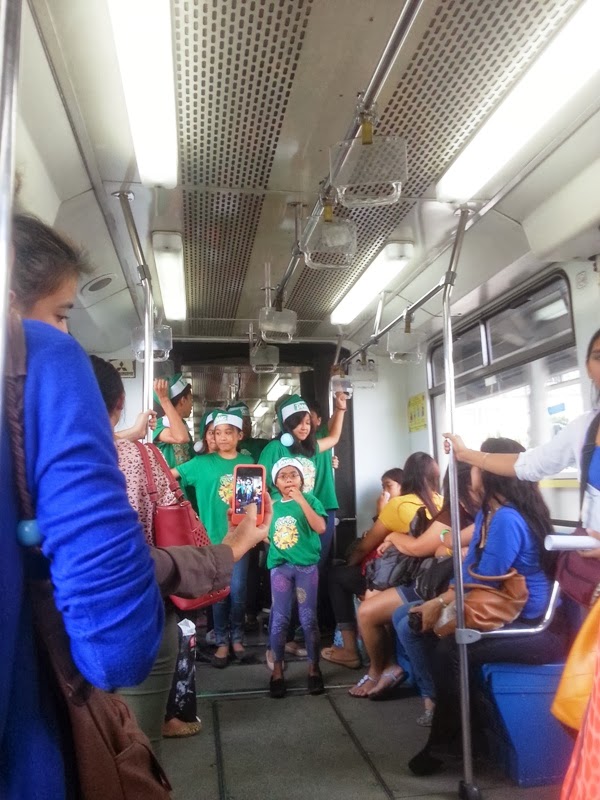 Good thing Sofi was with me at that time. She can't believe that these children presented us a song inside the MRT. :) (photo grabbed from Ava) 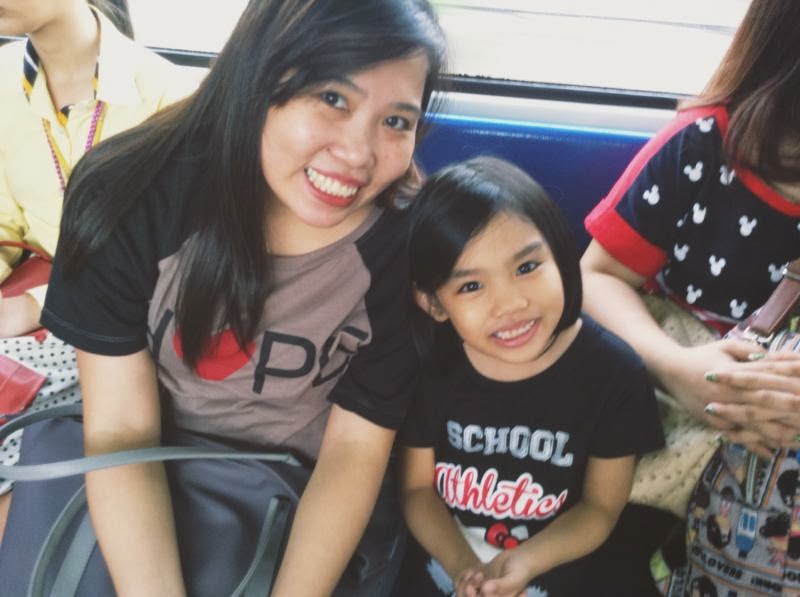 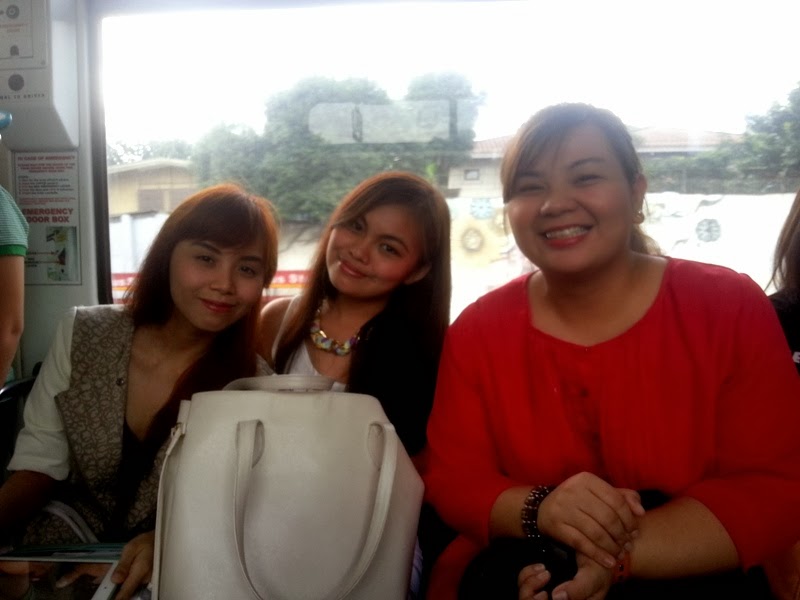 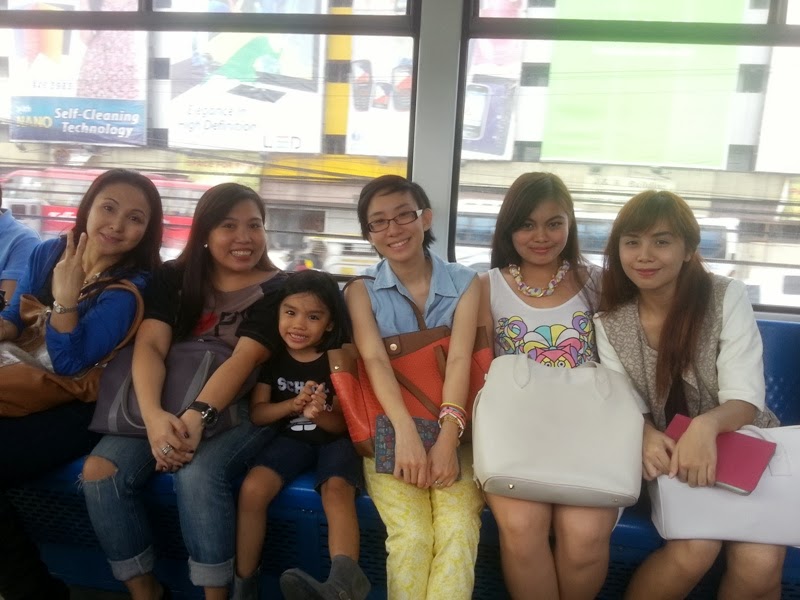 Commuting after all can bring a damper on the happy atmosphere of the Holidays: Longlines and a crush of people during this season are facts of life.

During the campaign launch last November 6, Tang prepared different surprises for commuters all over the Metro. As an early Christmas treat, booths were set up to offer the different Tang juice colors and flavors to refresh those who may be tired from the daily commute or simply needed a little more color to their day. Not only that, thousands of lucky commuters were also treated to free MRT tickets courtesy of Tang. All these while the kid karolers serenaded people waiting in line for their tickets or their turn to ride the MRT as Tang truly shared “Ang Kulay ng Pasko!” 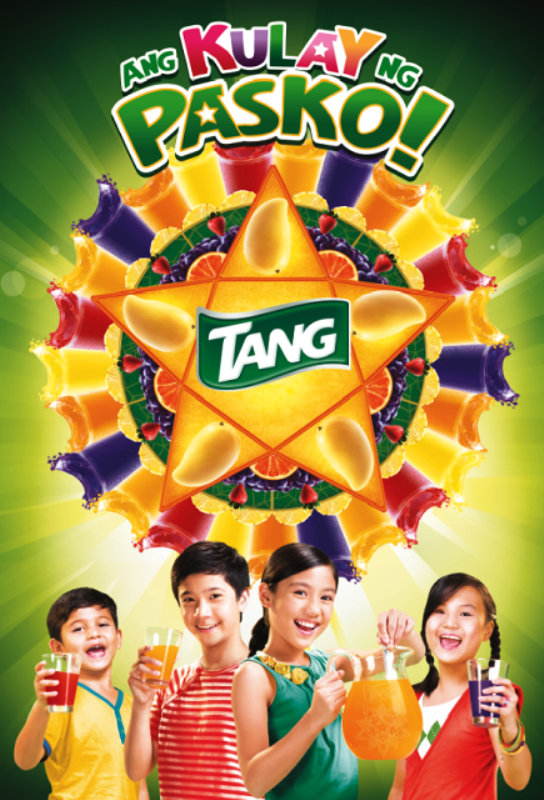 Through this project, Tang’s karolers plan to brighten up the days of the often-weary commuters with the gift of song, as Christmas draws ever closer. On selected days, a group of karolers will be paying visits to several MRT stations and singing a selection of Christmas karols there. This will continue on different days, at different times, along different stations, in order to spread the color to as many people as possible.
So be on the lookout for these Tang karolers.

For more information on this new colorful campaign, visit tanggalingclub.com/karoling.

Thank you, Tang Philippines for lifting up the Filipino spirit with simple joys such as caroling.

Yuletide season is fast approaching! I felt Christmas already whenever I see carolers in our area.

Next time I shall bring Athan!:) cute ni sofi!!

Yay! Thanks for the taking our pic. :)

Yes! Karoling is part of the Filipino tradition. Every time I hear carolers, I get kilig that Christmas is near na. :)